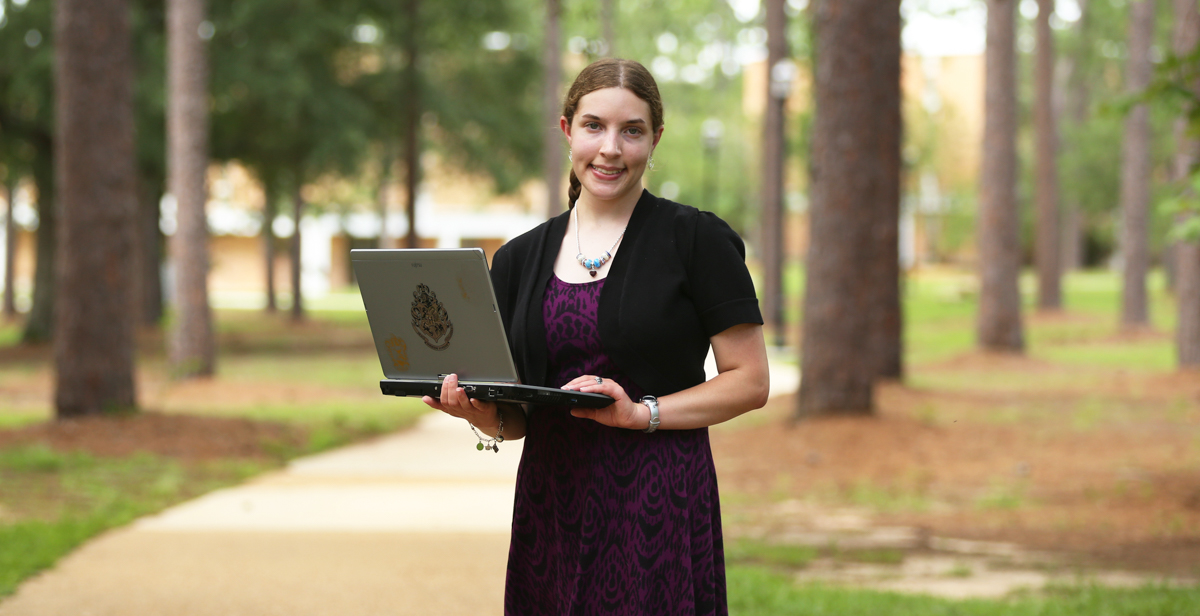 University of South Alabama meteorology student Liz Seiler is one of 60 students who received a Summer Undergraduate Research Fellowship. Students devote 20 hours a week to their projects. In return, they get an introduction to academic analysis and communication, along with a summer stipend.

Now she’s a riding an academic wave named SURF – a Summer Undergraduate Research Fellowship – with a meteorology project studying the relationship between sea breezes and thunderstorms on the Gulf Coast. This research will become part of her Honors College thesis at the University of South Alabama. It could improve her chances of getting into graduate school.

“I do think it would help,” Seiler said. “In fact, one of the grad instructors I reached out to actually asked me if I had any coding and research experience.”

She isn’t the only South student making SURF a pivotal moment in their college careers.

Each year, 60 undergraduate proposals are selected for the summer program. Students receive a $2,000 stipend. They are expected to finish papers or posters by the end of August.

Most projects are scientific trials and experiments. Lots of engineering students propose work with their professors. Many pre-med students participate in clinical studies.

Ian Singley, who grew up in Mobile, is a biomedical sciences major who plans to attend medical school. His summer study is with a kinesiology professor studying bark extract used to reduce soreness and inflammation after exercise. Doing a SURF project was always part of his college plan.

“It’s kind of a jumping off point where you can move on to more serious research,” he said. “I knew I wanted to do something from the get-go. The problem was finding a mentor and getting started, so COVID was a setback. I haven’t done much research, but I have done a lot of work in chemistry and biology labs, and now I can apply that in my project.”

In recent years, as the Honors College has grown, there have been more social science and liberal arts projects in SURF. 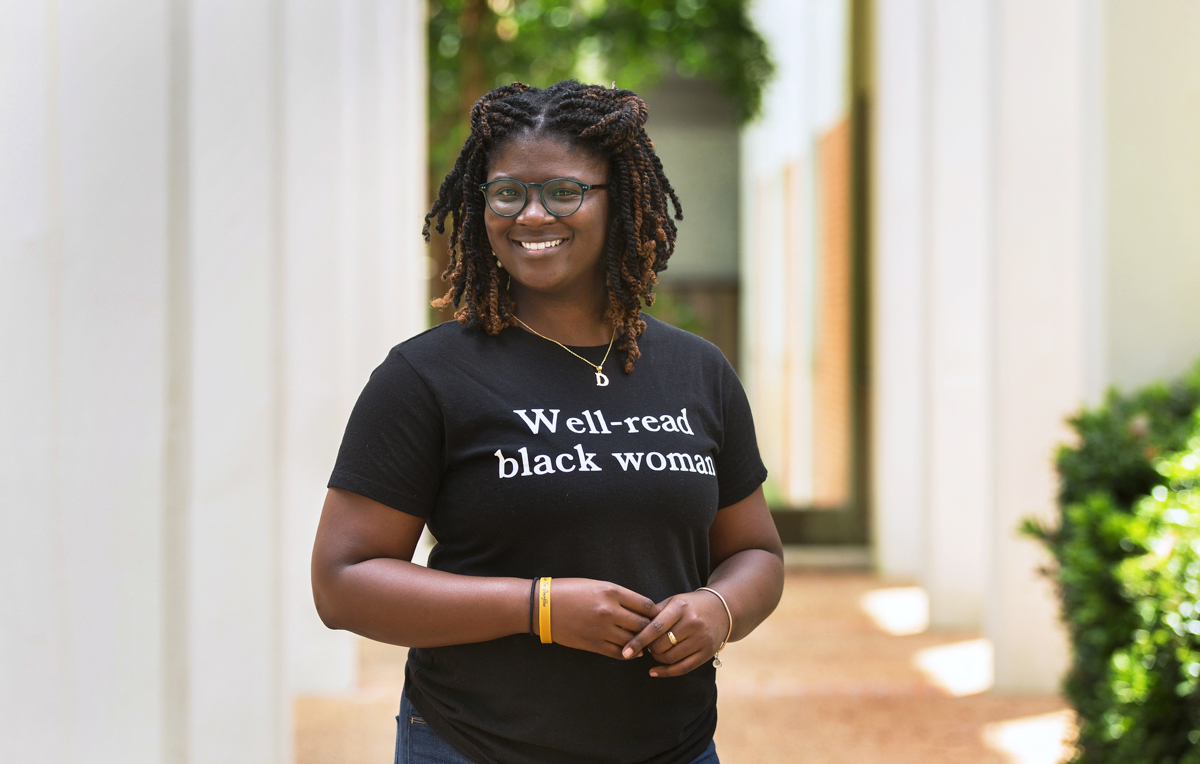 This year, De’Asia Aaron is doing an interdisciplinary project called “The Liminal Spaces: Exploring the Historical Construction of Black Identity/Identities.” The oral history project includes interviews with a range of people, including members of her own family in Gaston, Alabama. It was inspired by South classes in African American Studies.

Conducting interviews has been a learning experience.

“I have to work at it,” Aaron said. “Some days it’s easy, some days it’s like, ‘What am I doing?’ Sometimes your interviews give you more than you expect, and sometimes you get less. I want to get the rawest expression, the rawest feeling about everything.”

“Maybe 40 percent is political – but what isn’t political, you know?” she said. “Everything’s political.”

SURF was launched in 1998 under a different name by the University Committee on Undergraduate Research and has expanded considerably since then. It offers experience to students who may not have considered a career in research.

Students are expected to devote 20 hours a week to their projects. They meet with other students and mentors on a regular basis. They present their work in a format considered appropriate by their discipline.

At the beginning of summer, students attend workshops on responsible conduct of research and organizing a project. At the end of summer, they share work with their peers.

“Sometimes it’s a life-changing experience for them,” said Dr. Christy Wheeler West, associate professor of chemical engineering, who is program director for SURF. “The next year they might be headed to graduate school for a doctoral degree.”

Many summer students are from the Honors College, which requires members to write a graduate thesis. Interdisciplinary projects are encouraged. Academic communication is part of the fellowship experience.

“They have to learn how to explain the importance of their project to people who are educated in another area,” West said. “Later, they get a chance to talk about how things are going. They learn that research isn’t always the smooth path you expect it to be. Things always go wrong in any discipline. So they get to commiserate about that.”

Dr. Neil Schwarz, assistant professor of health, kinesiology and sport, has worked with a few SURF students. Singley met him through a former student

“They track me down is what they do,” Schwarz joked. “This project is good because we had the funding, it was in motion, and doing the lab work, analyzing the blood, is something Ian was interested in.”

That work includes sampling and testing hundreds of samples. A tedious process. Lab work is scheduled for Mondays, Wednesdays and Fridays.

“Ian’s learning that there’s lots of labeling, sorting and waiting,” Schwarz said. “It’s not always as glamorous as it sounds.”

Singley isn’t complaining. His SURF stipend pays for gas and goes into his bank account. The research experience should help him get into medical school.

He grew up in Mobile and played football and baseball for the Cottage Hill Christian Academy. After graduation, he wanted to stay home, save money and attend the University of South Alabama.

“Both of my parents went here,” Singley said. “I was kind of born a Jag.” 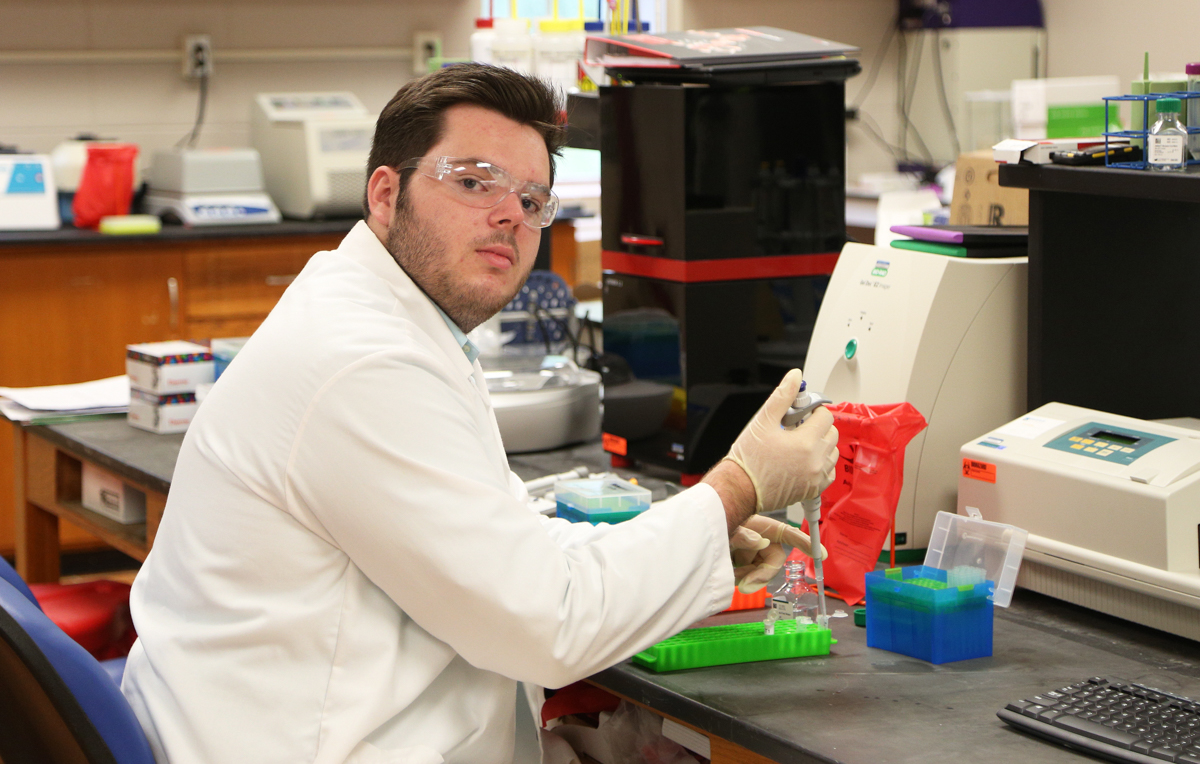 Ian Singley, a biomedical sciences major, is researching the use of bark extract to reduce soreness and inflammation after exercise.

He learned about the SURF program and found a project. Workshops helped him describe his research to fellow students and mentors.

“That kind of helped me get my nerves out,” Singley said. “You develop your people skills. You learn to explain what you’re doing.”

Seiler, the SURFer from Baton Rouge, is a meteorology student. She’s less interested in broadcasting than research. Growing up, even as a child, she was fascinated by the weather.

Hurricanes and tropical storms are part of her personal experience.

“The great flood of 2016 hit south Louisiana and it was amazing to see how sporadic it was,” she said. “We got about 18 inches of water in our house, but some of my friends got 9 feet.”

For her SURF project, Seiler joined a sea breeze study by Dr. Sytske Kimball, meteorology professor and chair of the department of earth sciences. The first challenge of her summer? Manipulating data with the Python computer programming language.

“The most intensive part is trying to get the code working,” Seiler said. “Once we get that, everything else is OK.”

She is working from Baton Rouge and driving to Mobile for workshops and meetings with Kimball. Her project offers a sneak peek at a life of writing and scholarship. She likes what she’s seen so far.

“It’s something I’ve been enjoying, even the background reading,” Seiler said. “I could definitely see working on research for an actual career.”

Aaron, a psychology major, plans on going to medical school, or working in public policy, or both.

Her SURF mentor is Dr. Martha Jane Brazy, an associate professor in history. Her black identity project was inspired by “Wandering in Strange Lands: A Daughter of the Great Migration Reclaims Her Roots,” a 2020 book by Morgan Jerkins.

“I’m gathering accounts of people from all walks of life on their experiences in America,” Aaron said. “The hardest part is getting to that liminal space between identities and between perspectives.”

“It means a great deal to me,” Aaron said. “You have to realize that we’re not the same, we’re not thinking the same things. And their answers are true to who they are.”