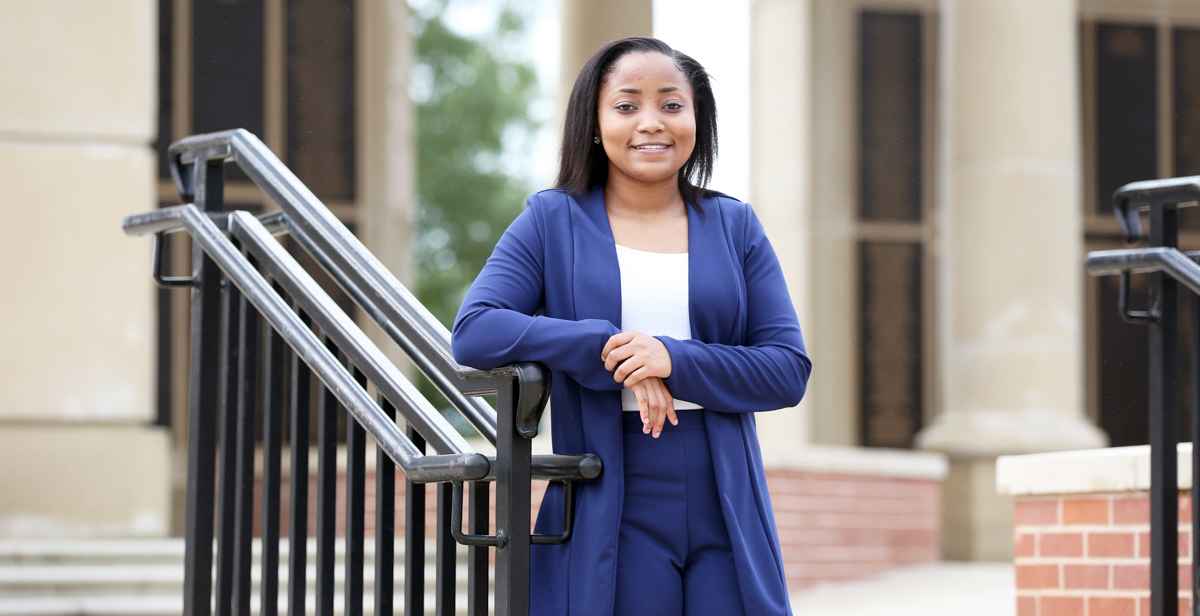 Madison English, a freshman at the University of South Alabama, has been selected to receive a full scholarship called the 100 Black Men USA Scholars of Perseverance and Social Justice. English said a high school teacher inspired her to get involved. “He told us that the world depends on our generation and we need to make our votes count,” she said.

Madison English, a freshman at the University of South Alabama, plans to follow several women from her family into the field of nursing.

Her grandmother, JoAnn Dunning, was a nurse who worked for many years in Mobile. She had some advice for her granddaughter.

“She told me to make sure to join a study group,” English said. “It’s not going to be easy. Stay on top of everything you do.”

Just before the start of her first semester, the 18-year-old from Mobile got a financial surprise. She’s been selected to receive a full scholarship called the 100 Black Men USA Scholars of Perseverance and Social Justice. The new award is funded by the University and the 100 Black Men of Greater Mobile organization.

“The 100 has a great relationship with the University in establishing other scholarships,” Green said. “But this one seemed to be particularly timely in the fact that we wanted to find a way to remember all of those who have fallen to systems of oppression and systems of injustice.”

English found out about the scholarship from her youth counselor at Friendship Missionary Baptist Church. She filled out an application and wrote an essay.

At Davidson High School in Mobile, English was a student in EPIC — the Engineering Pathway Integrated Curriculum. She also joined the Key Club, competed in basketball and track and field, and served as a class representative. Only in the last year did she become more interested in politics and social issues.

“I had a teacher at Davidson who taught civics and economics, and he got us more interested in things,” she said. “He told us that the world depends on our generation and we need to make our votes count.”

This summer, after George Floyd was killed by police in Milwaukee, English watched Black Lives Matter protests sweep the nation. She joined one march in downtown Mobile.

At South, English chose to live on campus rather than stay at home. She wants the full college experience. She’s looking forward to her first football game.

She wants to become more independent, but that may take some time. She’s been supplementing USA Dining food with some of her favorite dishes from home.

For her first semester, she’s taking English, along with calculus, psychology, biology and a nursing seminar. She plans to join Jaguar Productions and the Women of Excellence program. She imagines a career in medicine that could include running her own clinic.

“I like the idea of helping people,” she said. “Being able to make a difference in people’s lives.”

This summer, English worked at the Amazon distribution center near her home in Theodore. At South, she plans on working student jobs.

Receiving a full scholarship for her college education was welcome news.

“I’m glad to have it,” English said. “My mom was getting ready to take money out of her retirement fund.”