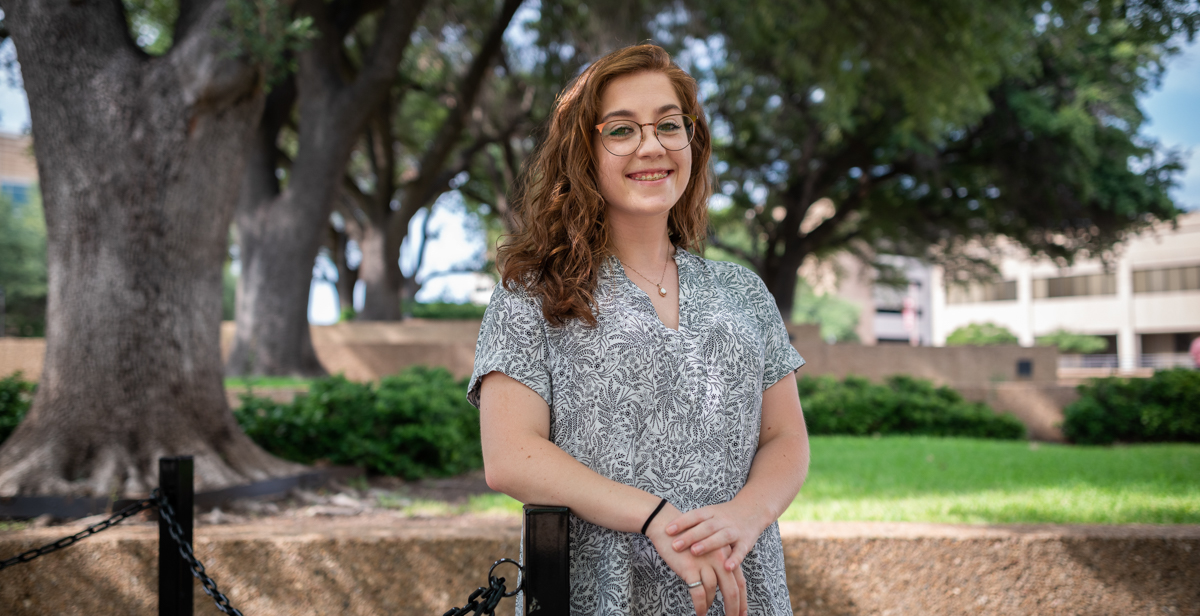 Madison Bomeke works on an engineering team at Lockheed Martin in Fort Worth, Texas, that offers technical support for F-35 fighter jets. Her experience while a student at the University of South Alabama included internships with Airbus in Mobile and Amazon in Reno, Nevada.

At Lockheed Martin in Fort Worth, Texas, Madison Bomeke works on an engineering team that offers technical support for F-35 fighter jets.

“We analyze problems and help people come up with solutions,” she said. “If there’s a bird strike, corrosion, or some other issue, they send us photos and we give them advice on how to fix it.”

Bomeke, a 22-year-old engineering graduate from the University of South Alabama, spent her first few weeks at Lockheed Martin getting used to a work schedule of 10-hour days, Mondays through Thursdays. She usually gets up at 6 a.m. and arrives at work by 7.

“That was a huge adjustment,” she said. “But I get Fridays off, so I have a three-day weekend every week.”

Bomeke’s mom helped her move from Alabama to Texas. She found an apartment near the Interstate 280 loop in Fort Worth. Her cats are named for an airplane (Piper) and a space program (Apollo).

Though many of her colleagues work from home, Bomeke has been going into the office for orientation and training. Security is high, but the workplace is informal.

“It’s business casual — I see a lot of people wearing jeans and cowboy boots,” she said. “I work with 95 percent men, but I’m used to that. I have three lead managers and one is a woman. She’s very smart. I aspire to be her one day.”

While studying mechanical engineering at South, Bomeke’s experience included internships with Airbus in Mobile and Amazon in Reno, Nevada. On campus, she worked with Dr. Carlos Montalvo and a team of students in designing radio-controlled aircraft for a national Design/Build/Fly competition.

Her mentor congratulated Bomeke after graduation from South this spring.

“Dr. Montalvo told me he was proud of me,” she said. “He said he would be talking about me to his classes for years to come.”

Bomeke grew up in Fairhope, Alabama, and crossed Mobile Bay for college at South. She studied mechanical engineering, participated in student groups, and did her summer internships.

Joining the Society of Women Engineers helped her land those internships and a job offer from Lockheed Martin.

“Businesses are looking to diversify,” she said. “I think more women need to put themselves out there.”

From Mondays through Thursdays in Fort Worth, Bomeke takes calls from military bases around the world. Navy, Air Force and Marine Corps. Project support engineering is all about trouble shooting, problem solving and applied science.

“My team uses a lot of what we learned in school,” she said. “We have all the data laid out. You just have to know if you’ve got the right answer.”

She works in a traditional office park, though she has toured the main assembly plant where F-35 fighters are assembled.

“The entire site is huge,” she said. “I don’t know how many buildings there are, but the assembly line is at least a mile long.”

Bomeke expected to work in a cubicle, surrounded by fellow engineers, only to discover that many of her colleagues work from home. This does make it easier to find a parking space. And everyone is used to remote collaborations.

“We usually Skype, so it’s easy to get on a call,” she said. “The people who are training me are in the office, so it’s nice to have that face-to-face contact.”

She hasn’t had time to explore much of north Texas, even with three-day weekends. She’s seen enough traffic to avoid driving to Dallas.

In the future, Bomeke is interested in going to graduate school. She might study business management or system engineering while working at Lockheed Martin.

“They encourage you to branch out,” she said. “They will push for you, if you want it, if you want to explore your options.”

Right now, she isn’t thinking that far ahead. She’s just getting started. Though she does have plans for one of her first paychecks.

“I’m going to splurge on some cowboy boots,” Bomeke said, laughing. “I’m in Texas, I’ve always wanted a pair, and this is the place to wear them.”