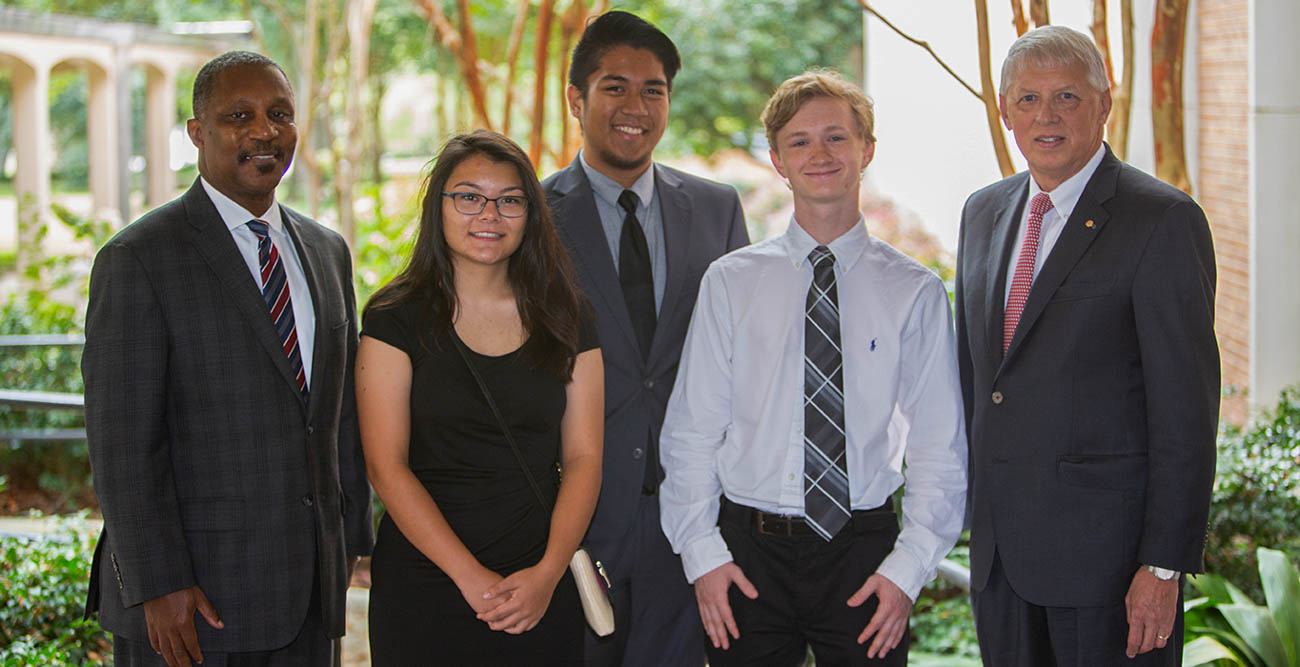 University of South Alabama freshman Cody Dunlap, the son of a University graduate, has been named the USA Board of Trustees Scholar for the 2018-2019 academic year. The announcement was made at the University’s board of trustees meeting on Aug. 31.

A graduate of Mobile’s Baker High School, Dunlap registered a 35 composite ACT score (the highest possible score is 36) and a 4.67 weighted grade-point average. He plans to major in mechanical engineering at South, at least at the beginning.

Dunlap is the first Board of Trustees Scholar to be a second-generation Jaguar. His father, Kevin Dunlap, graduated from South in 1996 with a degree in occupational therapy.

“My family did not influence my decision. They were always supportive of me going wherever I chose to go. I chose South because it is a large, local university, and it has a good engineering program,” Dunlap said.

Dunlap learned he received the Board of Trustees Scholarship directly from University President Tony Waldrop. “When I first heard that Dr. Waldrop wanted to speak to me, I was a little nervous because I had no idea what he would want to speak to me about,” Dunlap said. “And when he told me I was chosen for the scholarship I didn't really know how to respond. I was speechless.”

In high school, Dunlap was active in the National Honor Society and Hi-Q, an academic competition where teams from different schools are quizzed on a variety of subjects. At USA, in addition to the Board of Trustees Scholarship, he has received a Presidential Scholarship and a USA Housing/Dining Scholarship.