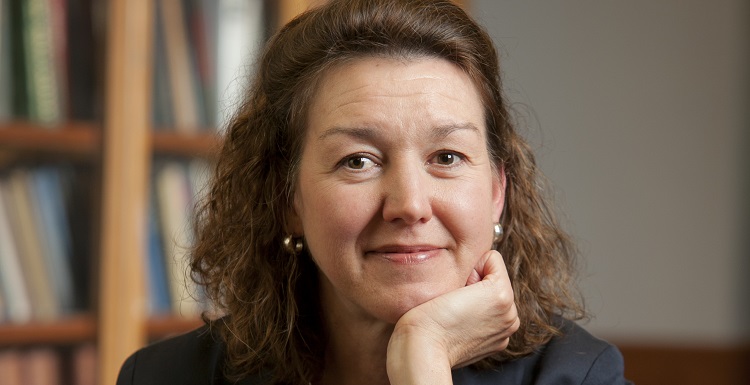 Dr. Laura F. Edwards, the Peabody Family Professor of History at Duke University, will explore the ways the Fourteenth Amendment changed the legal order of Americans’ relationships to rights and the federal government during her speech at the N. Jack Stallworth Lecture in Southern History.

An award winning educator and author on law and society will speak about “The Reconstruction of Rights: The Fourteenth Amendment and Popular Conceptions of Governance in the South” at the N. Jack Stallworth Lecture on Wednesday, Sept. 13 at 7:00 p.m., in the Laidlaw Performing Arts Center.

Dr. Laura F. Edwards, the Peabody Family Professor of History at Duke University, will explore the ways the Fourteenth Amendment changed the legal order of Americans’ relationships to rights and the federal government. She will also talk about the ways that ordinary Americans seized on the promises of the Fourteenth Amendment and significantly expanded its meaning and reach. The lecture is free and open to the public.

Edwards earned her Ph.D. from the University of North Carolina, Chapel Hill, and has been awarded numerous fellowships from the Newberry Library, the National Humanities Center, the NEH and the Guggenheim Foundation. In 2016-2017, she held the Neukom Fellows Visiting Chair in Law and Diversity at the American Bar Foundation. She also served as President of the Southern Association of Women Historians, and the Board of Directors for the American Society for Legal History.

Edwards is the author of four books, and is currently working on her new book project “Only the Clothes on Her Back: Women, Textiles, and State Formation in the Nineteenth Century United States.” While at Duke, Edwards earned several awards for teaching, writing and mentoring from multiple organizations.

The Stallworth lecture is named in honor of N. Jack Stallworth, who contributed much to the South Alabama region. Stallworth was well known for owning and operating several business ventures and restaurants in Mobile as well as being a founder of the Distinguished Young Women Program, the Mobile Chapter of the English Speaking Union and the Camellia Ball. A leader of the Mobile Carnival Association, he was best known as “Mr. Mardi Gras.”

In addition, Stallworth provided the USA Foundation with his family’s assets to be used to enhance the teaching of Southern history and to support programs at USA. He also established two scholarships for history majors, in memory of his parents, Montgomery Carlton Stallworth and Minnie Lee Wilkens Stallworth. His love for Mobile, Southern life, and history led him to create the N. Jack Stallworth Lecture, which allows passionate scholars to lecture in depth on different aspects of America’s history.