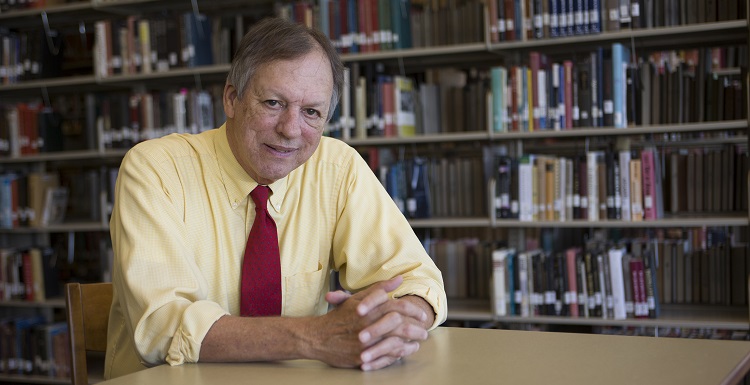 If you’re looking for a new and engaging children’s book that captures the historical essence of the pre-Civil War South, including Mobile, “Go South to Freedom” may be the book for you.

The University of South Alabama’s writer-in-residence, Frye Gaillard, has expanded an oral story about the ancestor of an old friend. With historical research and tales from the descendant of a kidnapped slave, Gaillard was able to weave together an elaborate re-telling of a journey to freedom.

Born in Africa and kidnapped into slavery for a Georgia plantation, Gilbert Fields intended to bring his family north to escape slavery. According to Fields descendant Robert Croshon, that plan was thwarted when cloud-covered stars were hidden from view and the family was misdirected south. Uniting with Seminole Indians in Florida and eventually finding sanctuary with a community of free blacks in Mobile, the Fields family discovers that south was the right direction after all.

“The whole theme of this book is to emphasize the yearning that people have to be free and the importance of remembering your own family story,” Gaillard said.

With information about pre-Civil War Mobile found in USA’s Marx Library, Gaillard explains fantastic tales of not only the safe haven in Mobile but what the Seminoles offered to escaping slaves.

“What I learned from research on a master’s thesis found here at USA was that prior to the Civil War there were people of color who lived in Mobile who were never slaves,” Gaillard says. “Their ancestors were freed when Mobile was controlled by the French and the Spanish or from plantation owners who moved to the city and became professionals without a need for slaves. This community of thousands of people included either people of African descent or of mixed Indian, French or Spanish heritage. Often, runaway slaves made their way to this community and this was what happened for Gilbert Fields.”

Inspired by Fields’ journey, Gaillard pieced together this story with factual information and fun embellishment told from the perspective of an old voice for readers to enjoy. The book is available now on Amazon.

Gaillard, who worked for newspapers throughout the South before joining the University’s faculty, has written extensively on Southern race relations, politics and culture. He has also written or edited more than 20 books and is a noted songwriter. His acclaimed book, “Cradle of Freedom: Alabama and the Movement that Changed America,” was selected for the University’s Common Read/Common World program last year.

Gaillard lives in Bayou La Batre with his wife, Nancy, who teaches in the University’s College of Education.