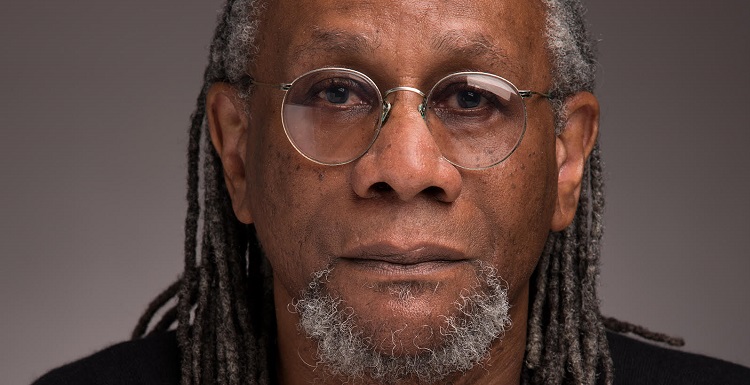 Nathaniel Mackey, the Reynolds Price Professor of Creative Writing at Duke University, will speak Nov. 1 at 4 p.m. at South's Archaeology Museum. The event will be free and open to the public.

One of America’s greatest living poets will speak at the University of South Alabama on Tuesday, Nov. 1, in an appearance sponsored by USA’s Stokes Center for Creative Writing.

Nathaniel Mackey, a leading African-American poet, writer and scholar as well as the Reynolds Price Professor of Creative Writing at Duke University, will speak at 4 p.m. in the University’s Archaeology Museum. The event will be free and open to the public.

“As a leading poet and theorist of 20th century avant-garde poetics and the black radical traditions in literature and music, Dr. Mackey’s visit and reading will be a spectacular opportunity to engage with a National Book Award-winning writer and scholar,” Sturm said. “Dr. Mackey’s reading will be a truly interdisciplinary event that will speak to a range of communities at South, including students and scholars of the visual arts, music, theater, history and anyone interested in creative writing.”

Critics have described Mackey’s poetry as combining African mythology, African-American musical traditions and modernistic poetic. His several ongoing serial projects explore the relationship of poetry and historical memory as well as the ritual power of poetry and song.

Mackey has received some of the most prestigious awards and honors in American letters, including Yale University’s Bollingen Prize for American Poetry, 2015; the Ruth Lilly Poetry Prize from the Poetry Foundation, 2014; a Guggenheim Fellowship, 2010; the Stephen Henderson Award from the African American Literature and Culture Society, 2008; the Roy Harvey Pearce/Archive for New Poetry Prize, 2007; an Artist’s Grant from the Foundation for Contemporary Arts, 2007; the National Book Award in poetry for “Splay Anthem,” 2006; election to the Board of Chancellors of the Academy of American Poets, 2001; and selection of  “Eroding Witness” for publication in the National Poetry Series.

He is also the author of an influential book of literary theory, “Discrepant Engagement: Dissonance, Cross-Culturality, and Experimental Writing,” and more recently of “Paracritical Hinge: Essays, Talks, Notes, Interviews.”

Mackey is the long-time editor of the avant-garde literary journal “Hambone,” and co-editor of the anthology “Moment’s Notice: Jazz in Poetry and Prose.”

The Stokes Center enhances the English department’s offerings in creative writing by sponsoring readings, lectures, forums, community projects and other events. It also supports students through its undergraduate and graduate awards in poetry, fiction and creative nonfiction. The Stokes Center is committed to fostering a vibrant writers’ community in Southern Alabama, one that not only showcases both local and national talent, but also provides a meeting place for writers from around the world.