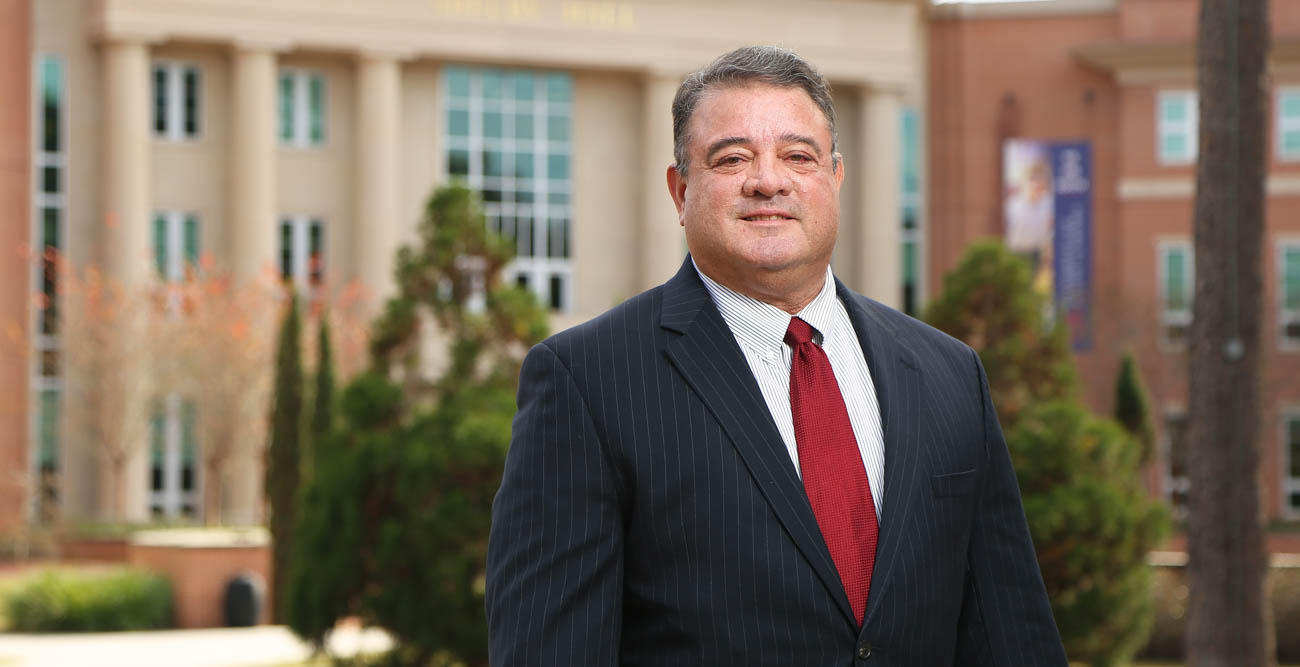 Clay Davidson, a retired certified public accountant who earned a master's degree from South in 2008, returned to get his Ph.D. “I’m certainly a good bit older than most of the students, but the intelligence and the drive of all the people I met and worked with was impressive,” he said.

Clay Davidson grew weary of three brothers – all physicists – teasing him that they were smarter because each had a Ph.D., so the 60-year-old Mobile businessman spent four years earning his own doctorate from the University of South Alabama’s School of Computing.

The certified public accountant received his master’s degree in computing from South in 2008 around the time he retired to focus on his personal investments.

“Back in the 80s and 90s when I worked as a CPA with my own firm, I started writing software. In those days, it was new, and everybody was doing it – accountants, lawyers and all kinds of people. I was even involved in TurboTax when it was developed,” Davidson said. “It was something I really enjoyed doing.”

He admits the doctoral work was “challenging, but doable,” adding that after completing his dissertation on software security for industrial systems, he has newfound respect for his teasing brothers.

“I’m certainly a good bit older than most of the students, but the intelligence and the drive of all the people I met and worked with was impressive,” Davidson added. “And, the work that South puts into getting people into the graduate programs is phenomenal.”

He praised his dissertation chair, Dr. Todd Andel, professor of computer science, calling him “a great guy who I learned a lot from and who I have a lot of respect for.” He also appreciates the encouragement of Dr. Alec Yasinsac, dean of the School of Computing.

One of 11 children whose Depression-era father stressed the need for higher education, Davidson admits he’s enjoying personal satisfaction over his achievement. It has brought the surprise of potential teaching positions. And, it’s also impressed his 15-year-old son, Clayton, and his 9-year-old daughter, Tori.

“I also did it because I wanted to be a good influence on them, and now there’s a possibility that I may get a teaching position at a university because I have the doctorate. They think it would be the coolest thing in the world for dad to be a professor,” Davidson said. “Of course, my wife, Veronica, enjoyed that we stayed in one location while I was studying, but now we’ll have to see what happens with the possibility of a position.”

And, those brothers who teased Davidson about his lack of a doctorate have something different to say now.

“My brothers have told me they are proud of me and glad I did the work,” Davidson said. “I look forward to receiving my doctorate while they sit in the audience and watch.”