Posted on September 1, 2018 by MCOB Outreach 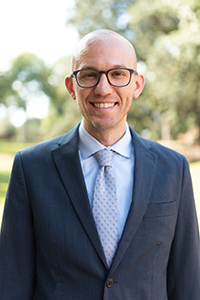 Tristan is an Assistant Professor of Accounting in the Mitchell College of Business at the University of South Alabama (Mobile, Alabama). He earned his Ph.D. from Florida State University (Tallahassee, Florida) in 2018 and his B.S. from Drexel University (Philadelphia, Pennsylvania) in 2009. Following his graduation from Drexel, Tristan worked as an auditor for regional and local public accounting firms and earned his CPA license (which is inactive) in Pennsylvania. He currently teaches an undergraduate auditing course. His teaching interests also include financial accounting and cost/managerial accounting. Tristan’s research interests include the determinants and consequences of regulation (especially that of disclosure, financial reporting, and corporate governance), corporate accountability/social responsibility, and misreporting. 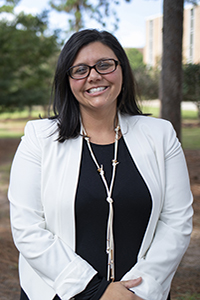 Megan Bennett is a native to Tampa, Florida. Bennett went to the University of Florida and received a Bachelor of Arts in History. Bennett then went on to receive her Juris Doctorate from Florida Coastal School of Law. Shortly after graduating, Bennett moved to Mississippi, where she began her career in higher education. Bennett spent two years working at Mississippi Gulf Coast Community College in the department of Student Accounts. Following her time in Mississippi, Bennett then moved to Conway, Arkansas, where she worked at the University of Central Arkansas as the Project Administrator for the Vice President of Finance and Administration. Megan now serves as the Internship Coordinator at the Mitchell College of Business. 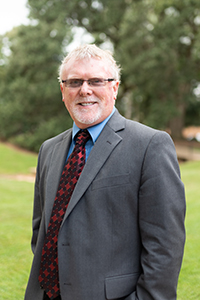 David has earned a BA in Film Studies from Wright State University in Dayton, Ohio. He also holds a MS in Sports Administration from the University of New Mexico in Albuquerque, New Mexico.

David has also held positions at Barry University, Miami Shores, FL as the Director of Marketing and Recruitment for the School of Natural Sciences and Allied Health. He also worked one year for the Florida Department of Children and Families, Key West, FL in protective services and as a child abuse investigator. However, David’s true passion lies with the academic and personal development of each of his students.