In April, the USS Alabama Battleship Memorial Park played host to the Mitchell College of Business’ annual Scholars Night.  In addition to naming our second class of Alumni Fellows, the College awarded over 100 scholarships with a total value exceeding $500,000. We are delighted to recognize the students and the generous donors that make these awards possible. 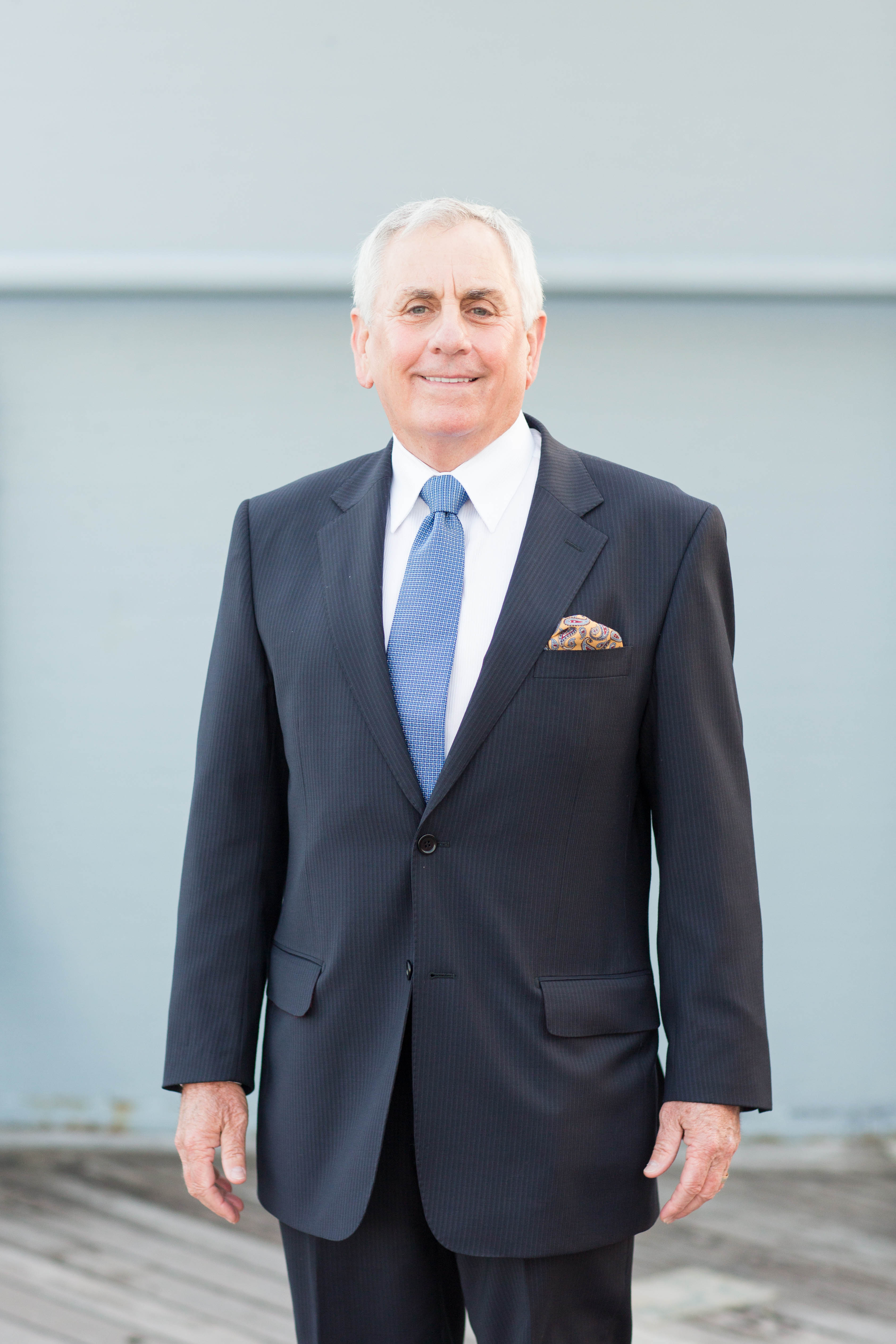 E. Thomas “Tom” Corcoran is the retired CEO of Fort Dodge Animal Health, a leading manufacturer of prescription and over-the-counter vaccines and pharmaceuticals for livestock. During his 23-year tenure, he led the transformation of the company from a $28 million U.S.-based business to a billion-dollar multinational corporation. He earned a bachelor of science degree in marketing from the Mitchell College of Business. He is the recipient of the University of South Alabama National Alumni Association Distinguished Alumni Award and is also the recipient of the Mitchell College Impact Award. During his career, he received the Banfield Industry Leadership Award, the Animal Pharm Lifetime Achievement Award, the American Veterinary Distributors Lifetime Achievement Award and the Kansas City Economic Development Industry Leadership Award. He is a member of the University of South Alabama Board of Trustees and a past member of the University of South Alabama National Alumni Association Board of Directors. He currently is a member of the board of directors of Phibro, Inc., serving as chairman of the audit committee. 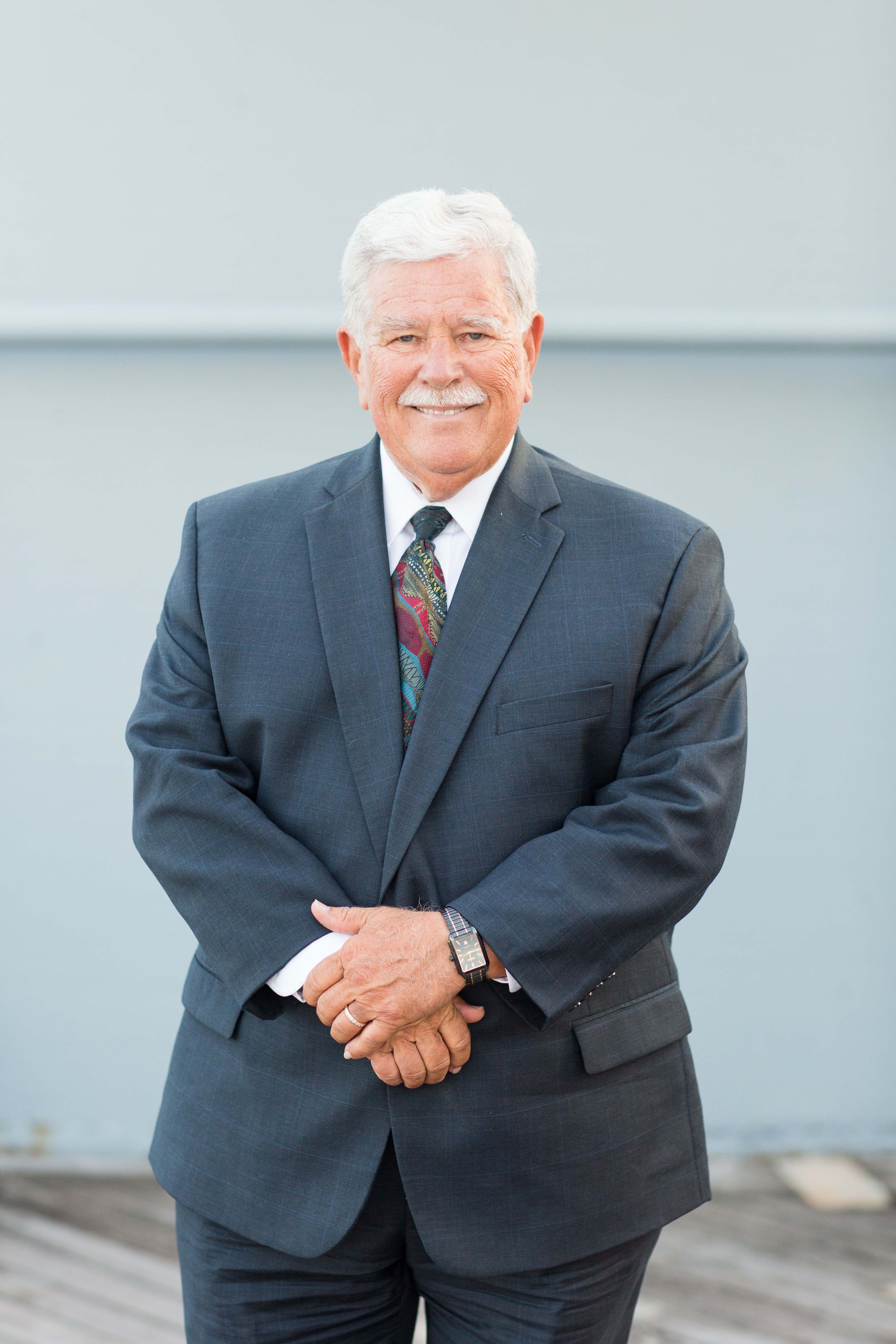 Michael C. “Mike” Dow is chairman and CEO of Coastal Strategic Services. Before starting Coastal, he was executive VP of sales and marketing at Centralite Systems, Inc. Previously, Mike cofounded and served as VP of sales and marketing for Quality Micro Systems (QMS). QMS was founded with a $10,000 electronics loan and grew into a New York Stock Exchange listed corporation that was ultimately sold to Minolta. A “recovering politician” (his words), he served 16 years as mayor of Mobile. The focus of his tenure included downtown redevelopment, tourism and recruitment of foreign manufacturing industry investment and jobs. The Mobile Convention Center and Riverside Park, Mobile Government Plaza and RSA hotel and building investments were constructed during his time as mayor. Mike has a bachelor of science in economics and a MBA from the Mitchell College. He has served on numerous public and private boards including the Melton Center for Entrepreneurship and Innovation, Mobile Area Chamber of Commerce, the Alabama Port Authority, the Mobile Arts Council, Mobile United, and many other local, state and national boards. He is a U.S. Army veteran serving multiple tours with the 173rd Airborne Brigade as a helicopter door gunner in Vietnam. 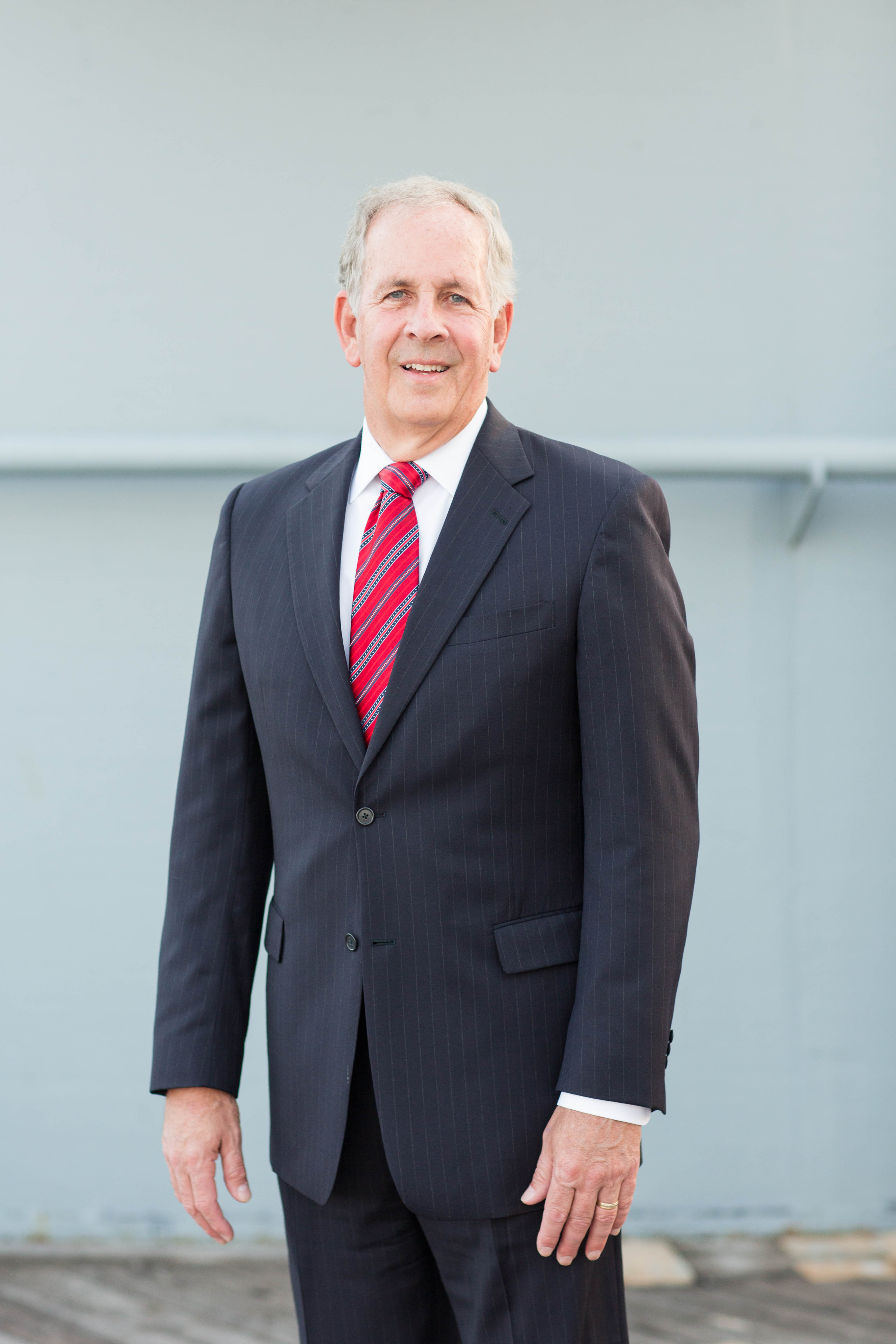 Mark S. Hoffman is the former President and Chief Executive Officer of Corporate Express North America, a business product distribution company. Under his leadership, the company received the 2005 North American Distributor of the Year Award and the Chally Sales Excellence Award in 2006. He joined Corporate Express from APS Holdings, where he served as President and Chief Executive Officer. Prior to APS, he held positions with W.W. Grainger, TRW, Lockheed and Union Camp. An alumnus of the Mitchell College with a bachelor of science in finance, he earned a MBA at the Harvard Business School. While at South, he lettered in baseball for four years and holds the distinction of being one of only two South Alabama pitchers to pitch a no-hitter. He attributes much of his success in business to what he learned on the baseball field. He is a recipient of the University of South Alabama National Alumni Association Distinguished Alumni Award and has been an inductee of the South Alabama Athletic Hall of Fame. He is a past president of the University of South Alabama National Alumni Association and is a board member of the Mobile Symphony and Bayside Academy. 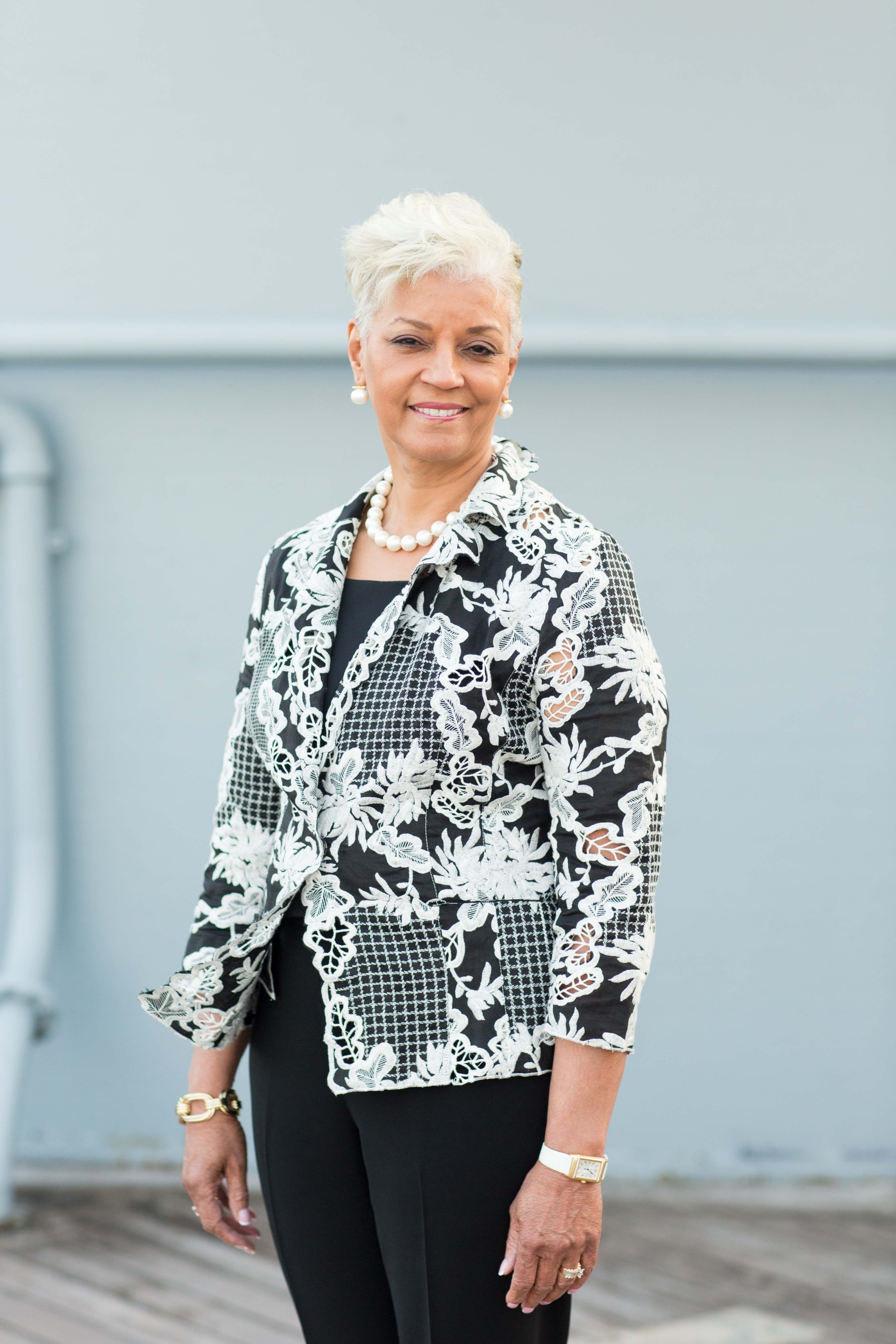 Margie Malone Tuckson currently serves as Chief Financial Officer of Tuckson Health Connections in Atlanta. Prior to joining Tuckson, she held positions with IBM, Northrup Grumman and the City of Chicago Department of Cultural Affairs. She is an alumna of the Mitchell College of Business, holding a bachelor of science in marketing and was a founding member of the Iota Nu Chapter of Delta Sigma Theta at the University of South Alabama. She currently serves as a member of the University of South Alabama Board of Trustees and the University of South Alabama National Alumni Association Board. Active in the community, she serves with Hope Chest for Breast Cancer, Penumbra Theater, the Morehouse School of Medicine, Big Brothers/Big Sisters, the National Council of Negro Women, Georgia CHARLEE, the United Negro College Fund and other organizations. Throughout her career, she has provided scholarships for inspiring young people to pursue their dream of attending college and continues to work with corporations and individuals to create opportunities. 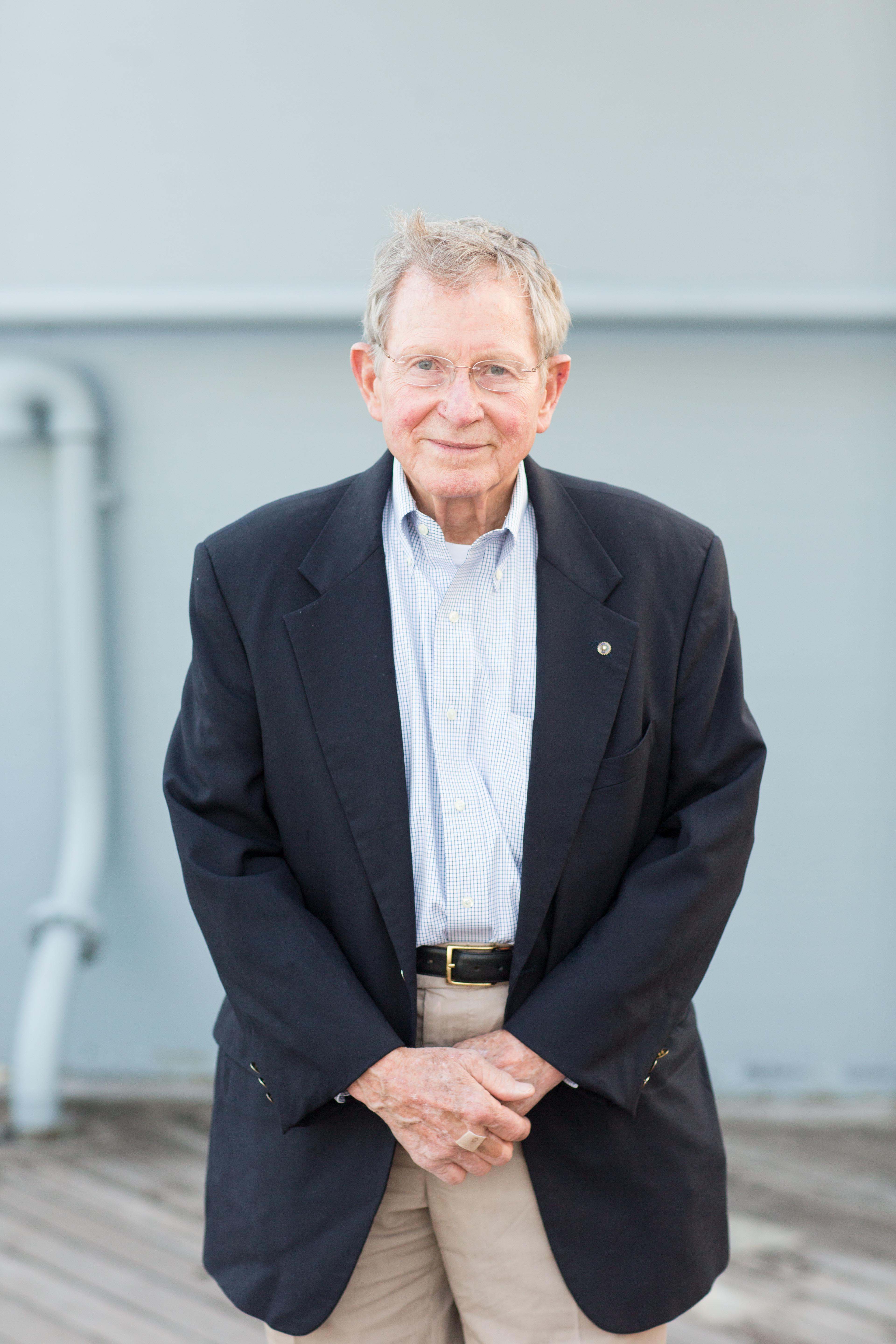 G. Russell Ladd III retired as president and CEO of Thames Batré. A graduate of Washington and Lee University, he remains active in the community. He currently serves on the boards of Infirmary Health and United Way of Southwest Alabama. In addition, he has served as president of the Mobile Rotary Club, the Rotary Children’s Foundation, Goodwill Easter Seals, the Gordon Smith Center and the Metropolitan YMCA. He is a founding member of the Mitchell College of Business Executive Advisory Council and remains an active member. His passion is the Mobile Bay/Mobile-Tensaw River Delta environment. He has seen a number of changes in the delta over the past 70 years such as fewer water moccasins, more alligators and birds. Some of the changes are natural; others are man-made. He believes without a concerted effort, the Delta that he knows and loves may disappear.