Putin Wins, So What's Next? 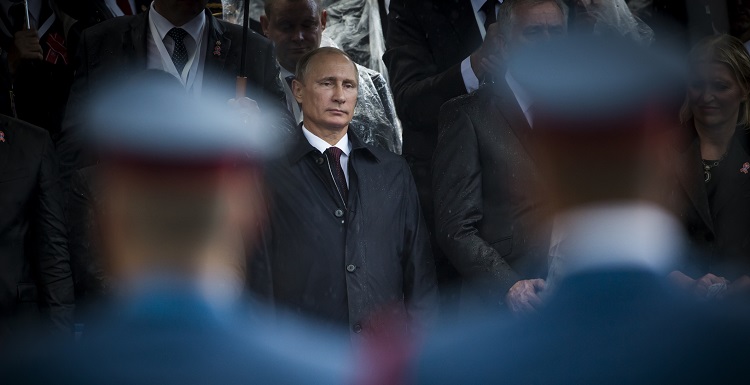 Russians remember the political and economic turmoil in the 1990s and see President Vladimir Putin as the man who restored stability to their daily lives. His succession plans will clarify whether he is a charismatic strongman or a democratically elected leader with authentic support.

Russian President Vladimir Putin’s weekend victory for another six-year term was all but certain. Still, questions remain on how Russia moves forward with the one man who has dominated its politics for nearly two decades.

Putin, whose relationship with the West has become increasingly strained as he seeks to elevate Russian influence, easily defeated seven challengers to take more than three-fourth of the vote with record turnout.
His main competitor, opposition leader Alexei Navalny, was barred from the race.

Here are five issues to watch in this next term, according to Dr. Mara Kozelsky, University of South Alabama professor of history, with expertise in Eastern Europe and Russia, and Dr. Nicholas Gossett, assistant professor of Russian language and applied linguistics at USA.

Putin is young enough that he could conceivably run for re-election in 2024. He is popular, with approval ratings around 80 percent.  Russians remember the political and economic turmoil in the 1990s and see Putin as the man who restored stability to their daily lives. His succession plans will clarify whether he is a charismatic strongman or a democratically elected leader with authentic support. The balance of Russian democracy hangs in what happens next.

Putin wants Russia to become one of the top 10 economies in the world by 2020. Recent agreements with Germany and China expand the reach of Russian gas and oil companies, adding billions of dollars to the Russian economy. Russia will likely continue to nationalize its economy, especially businesses with a defense application. An expanding, stable economy will help retain his strong public approval.

Russia wants to exercise influence among its bordering states and what it perceives as its sphere of influence. As it has with Crimea and Ukraine, NATO could face difficult choices in the years ahead.

Russia and the West will need to work together to avoid reigniting the Cold War. As a top nuclear power, Russia opposes what it sees as a unipolar world dominated by the United States, and expects a seat at the table. Putin will challenge the United States on geopolitical issues until the U.S. recognizes Russian diplomatic priorities in the Middle East and Eastern Europe.

Imaginative use of trolls and social media by foreign powers to influence political outcomes is likely to continue, as is hacking into government and private networks. In the next six years, Americans will need to become more discriminating consumers of information and, as necessary, reinvest in literacy education.

Dr. Mara Kozelsky is a professor of history and expert on Crimean history. She penned a guest article for a Washington Post blog in 2014 about the importance of Crimea to Russia’s religious identity. Her upcoming book “Crimea in War and Transformation” will be released by Oxford University Press in fall 2018.

Dr. Nicholas Gossett is an assistant professor of Russian in the department of modern and classical languages and literature. His research interests include Russian history and culture, and he regularly takes students on study abroad trips. This summer he will lead a new program that aims to bring American and Russian high school students to South for college-credit classes.