Discipline, Determination and a Dean's Award 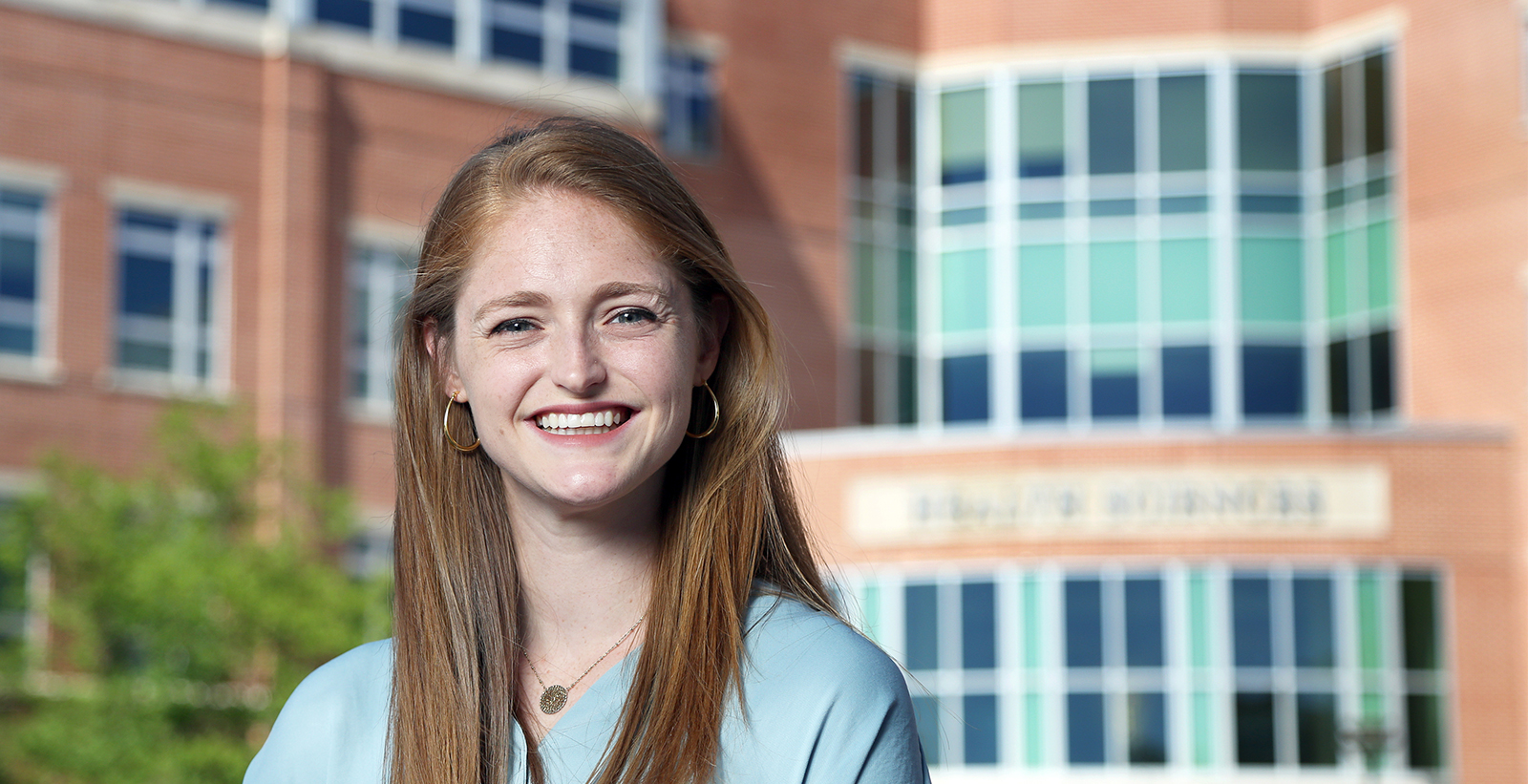 Mary Catherine Cazalas conducted research as a graduate assistant in the Swallowing Disorders Initiative Lab in the Pat Capps Covey College of Allied Health Professions. She won the college’s Dean’s Award for her academic accomplishments.

Mary Catherine Cazalas, who returned to Mobile to earn a master’s degree in speech pathology at the University of South Alabama, is one of those natives with a boundless passion for her hometown.

“I was really eager to come back,” said Cazalas, who graduated from McGill-Toolen High School before earning her undergraduate out of state. “I think Mobile’s the best city in the world. It’s like a big, small city, if that makes any sense. All of my family’s here, and my friends are here. And there’s Mardi Gras, the best holiday in the world.”

When Cazalas enrolled at South, she brought along two speech pathology classmates who are also earning graduate degrees this spring. Add academic recruiter to her resume.

The South women shared a house near campus. They went through clinical rotations and internships. And now they have endured more than a month of the coronavirus pandemic.

“We all drink of lot of coffee, so we’d get together for morning coffee and afternoon coffee,” Cazalas said. “We studied together. We’d do movie nights.”

During her undergraduate and graduate careers, Cazalas maintained a perfect 4.0 grade-point average. No B’s for her. Six years of discipline and dedication.

“I knew I wanted to go to grad school, so I guess that was my motivation,” she said. “And I like to see those A’s.”

She earned the college’s Dean’s Award for her academic accomplishments.

Cazalas worked in the speech lab with Dr. Kendrea Garand, who encouraged her to write a thesis, in addition to her clinical hours.

“She’s very persuasive,” Cazalas said. “She pushed me to do all of these kinds of things.”

“It wasn’t hard,” Garand said. “It was just guiding her and letting her know I thought she could be successful. She’s a pretty smart cookie. I’ve been trying to encourage her to get her Ph.D.”

For her master’s thesis, Cazalas examined 195 X-ray videos of healthy people swallowing liquids. The question was whether they collected liquid in their mouths above their tongues (tippers), or below their tongues (dippers), before swallowing.

Most turned out to be tippers.

“It was not what we expected,” Cazalas said. “We expected older people would have different patterns of tongue movement. That’s what an earlier study had found.”

During her summers in Mobile, Cazalas has worked at Camp Rap-a-Hope, a summer program for children who have had cancer. In her final internship this spring, she worked at Bluebird Pediatric Therapy Services.

“I love kids — you never know what you’re going to get,” she said. “Every one of them is different. You get to incorporate games and make work more like fun.”

The next step for her speech pathology career will be working with a supervisor during a clinical fellowship year. After that, she’s not sure what her future will hold.

Because of coronavirus restrictions, Cazalas will miss a traditional graduation ceremony at South. She already had to postpone her wedding from May until August.

“This is what I get,” she joked, “for planning everything so perfectly.”