Posted on September 4, 2018 by Susan McCready 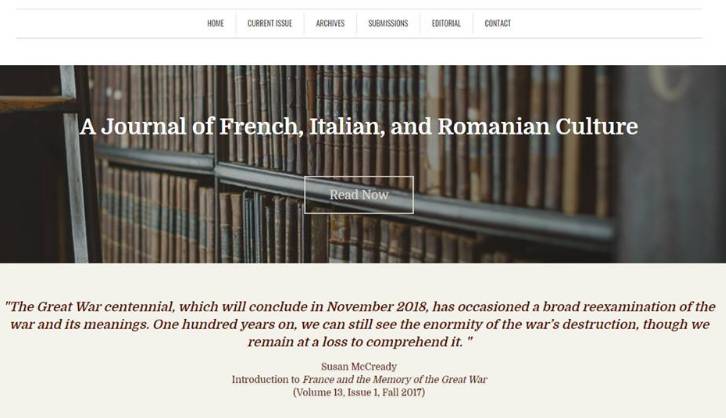 The journal Lingua Romana has just announced publication of a special issue edited by Susan McCready, France and the Memory of the Great War.  Articles by eight scholars treat a variety of topics about the war and how it is remembered in France. Several of the articles were first presented at our 2017 conference.

Contemporary Remembrance: The Battle of Verdun in the Public Eye 1916

War, Memory, and Politics: The Case of the French Clergy in the First World War

The First World War: A Turning Point in the History of Death?

The Shirkers of Life: Suicide in the Trenches

From Mascot to Metaphor: Canine Combatants and the Performance of French Patriotism in the Great War

The 1938 Exposition internationale du surréalisme and Acte manqué: The Terror of Memory and the Terror to Come