My research is focused on understanding how microbes (bacteria in particular), both individually and as communities, respond to various contaminants.  I take two different approaches to this problem.  The first involves isolating pure cultures involved in the degradation of specific chemical compounds and characterising the genes and enzymes involved in the degradation pathway.  The second approach uses molecular biology techniques to study microbial communities.  Many studies have illustrated that greater than 99% of the bacteria found in nature have yet to be cultured in the laboratory.  Our challenge is to figure out what these microorganisms are doing in the environment.  Molecular tools such as PCR, gene probing, mRNA transcript analysis, and DNA sequencing can aid in this endeavour.  I use primers and probes to key genes in the degradation pathways of various environmental contaminants to determine how the microbial community as a whole responds to that contaminant.  I have also used metagenomic approaches to identify novel genes from the environment.  This approach involves isolating bacterial DNA directly from the environment and making a library of that environment.  We then screen the library using various techniques to identify clones containing genes of interest.  This is another way to bypass our inability to culture the majority of bacteria in the environment by isolated their DNA directly.

More complete listing can be found on Google Scholar 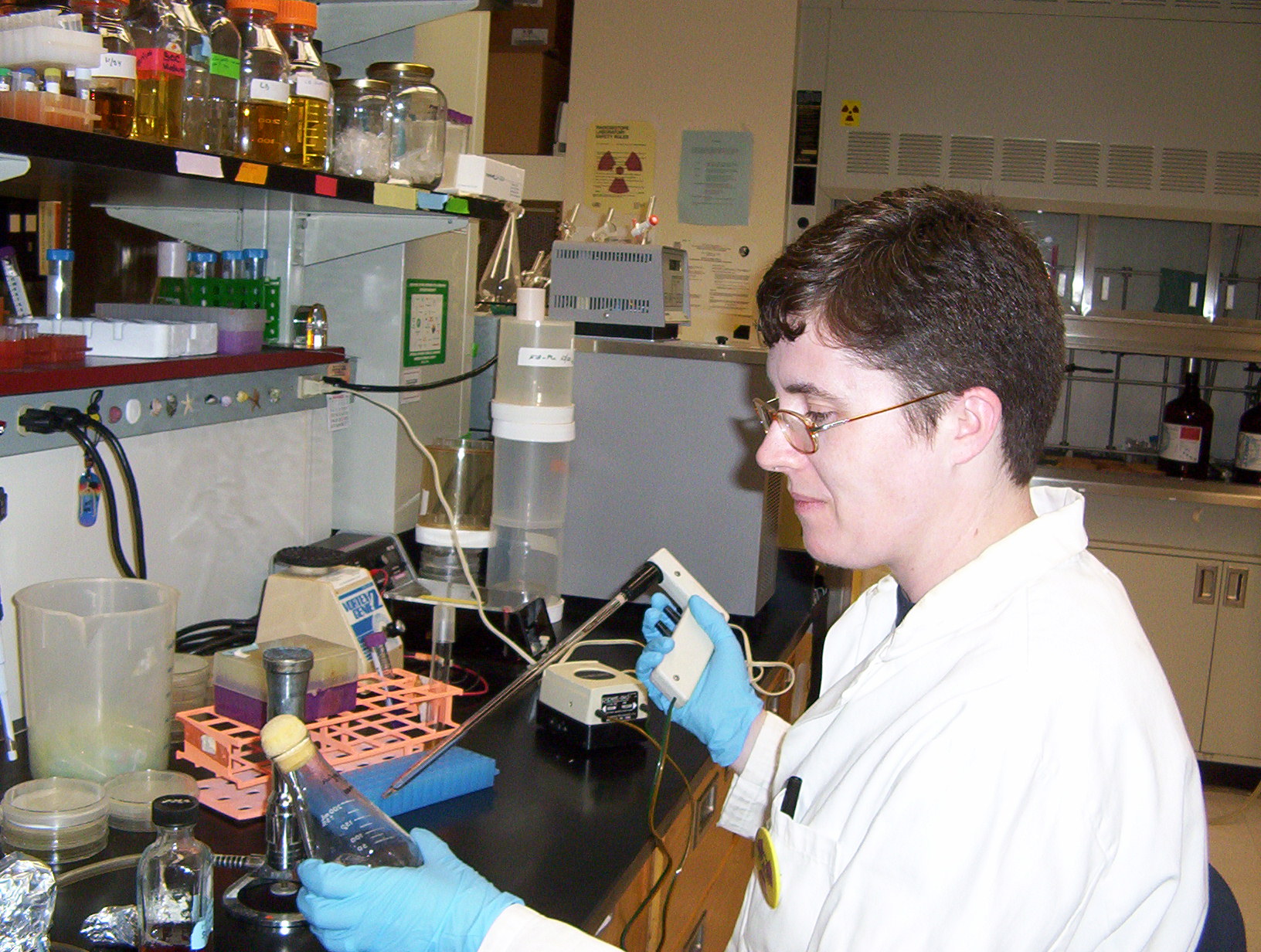