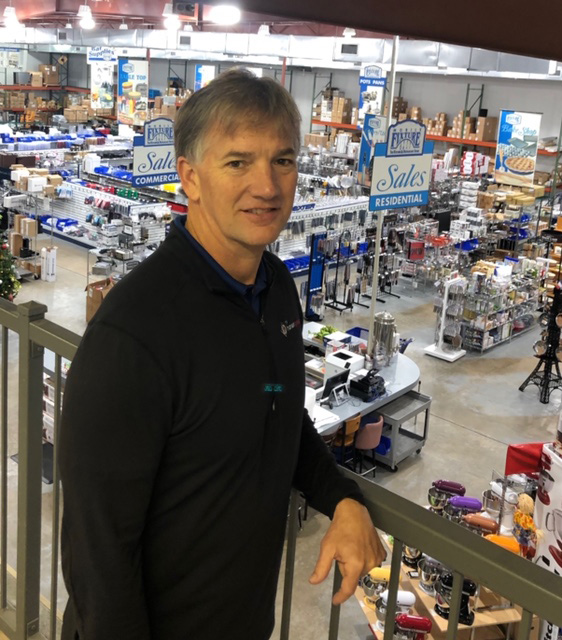 Born and raised in Mobile, Alabama, Walne Donald would consider himself a local of the Gulf Coast town of Mobile, AL. He enjoys spending time with family and friends, hunting, fishing and playing golf. While in high school, he was recruited to play baseball by the legend, Eddie Stanky. Growing up playing baseball, he wondered how this sport would benefit his future path. With this offer, he decided to attend the University of South Alabama.

Eddie Stanky sold him on South Alabama early on, so Donald did not see a need to further investigate other colleges. His decision to attend this school exceeded his expectations. Donald stated that South is “my home and the community I love.” During his time at South, he got an Undergraduate Degree in Marketing.

As a former MCOB student, he is grateful for the tools the college provided for him to be successful. He says, “It was fast paced and challenging but very enjoyable.” The professors kindness and enthusiasm motivated Donald to work hard in his classes. After graduation, he started on the sales floor at Mobile Fixture assisting customers in the showroom and over the phone. Donald continues to work for Mobile Fixture everyday. Over the years Donald’s position evolved and he now serves as Chairman and CEO.

Donald’s hard work allowed him to grow within Mobile Fixture from outside sales eventually becoming the President. “I have been able to surround myself with a great bunch of dedicated hard working individuals. We together have grown Mobile Fixture to six locations in four states throughout the Southeast.” He is illustrating that anything is possible if you put in the work for it.

Donald’s advice to students would be to “Give a supreme effort every day. Don’t be impatient. It takes many years of dedicated effort to become successful.” Being successful doesn’t happen overnight; it takes dedication. When asked if there was anything else about himself we would like to know, he mentioned, “I am thankful to have the best wife a man could want. She is the witness to my life and I am thankful she picked me.”