About the Marine Weather Staff

Dr. Bill's Marine Weather is a service of the Coastal Weather Research Center at the University of South Alabama. The purpose of this website is to provide useful information for the everyday needs of the amateur or professional angler. To do this, Dr. Bill's Marine Weather has combined exclusive products of the Coastal Weather Research Center with public products of several government agencies such as the National Weather Service, the National Ocean Service, and the U.S. Naval Observatory.

Some of the products utilized in Dr. Bill's Marine Weather come from the resources of the Coastal Weather Research Center, a fully-operational forecast service located on the main campus of USA. Since it's opening on January 1, 1988, the Weather Center has been providing accurate and timely information to businesses and industries across the South. Now, the staff of the Weather Center is able to direct important information to those involved in Gulf Coast fishing. 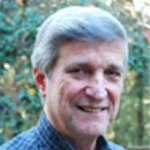 The Coastal Weather Research Center (CWRC) was founded in 1988 by Dr. Bill Williams, meteorologist and Associate Professor Emeritus at the University of South Alabama. Dr. Williams taught meteorology and geography at USA from 1967 to 2014 and served as the first Director of the CWRC. Although retired from full-time duties, he continues to forecast and assist in the operations of the Weather Center. Dr. Williams also developed the USA meteorology program, the first and only undergraduate meteorology program in Alabama. Dr. Williams has authored numerous publications including the annual Mobile Weather and Marine Almanac. He is also a weather broadcaster and has served as a radio meteorologist with WKSJ, WNTM, and WNSP and also appeared on television as a severe weather analyst with WKRG-TV. He is presently heard by thousands of Gulf Coast residents every day on Mobile’s FM Talk 1065. 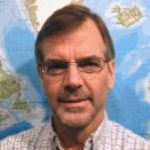 The daily operations of the Weather Center are the concern of Pete McCarty, Director of the CWRC. Pete served as manager of the Weather Center before taking over the duties of Director in 2016.  Pete has a keen insight into the informational needs of Alabama fisherman and commercial marine activities. Importantly, he formulated many of the forecast and communication procedures currently in use at the Weather Center. In addition to assisting in forecasting duties, Pete closely monitors the finances of the CWRC and assists in the preparation of the Mobile Weather and Marine Almanac. 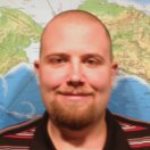 Corey Bunn is a full-time operational meteorologist with Coastal Weather. Corey prepares daily forecasts and also has the responsibility of issuing severe weather warnings. In addition, he maintains the CWRC website and assists in hurricane forecasting operations. Corey joined the Coastal Weather team in 2012 after completing his undergraduate degree in meteorology at USA. 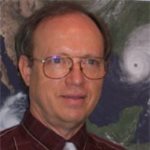 Dr. Keith Blackwell assists in the forecasting operations of Coastal Weather and also serves as the Center’s chief hurricane specialist. After more than 20 years of teaching meteorology courses at USA, Dr. Blackwell retired in 2017 and is now an Associate Professor Emeritus. He has a wealth of meteorological experience, especially along the Gulf Coast. A native of Mobile, he served as a forecast meteorologist with the U.S. Air Force for 13 years during which he developed the meteorology program at the Air Force Academy in Colorado Springs. He is now a retired Lt. Colonel from the Air Force Reserves. Dr. Blackwell is the author of numerous publications and the creator of a highly successful hurricane forecast model that is used at the Coastal Weather Research Center. 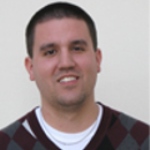 Andrew Murray is a hurricane and severe storm specialist at Coastal Weather. Andrew received his undergraduate degree in meteorology at USA and then earned an M.S. at Florida State. Upon completion of his graduate degree he returned to USA as a full-time faculty member. Andrew teaches several meteorology courses and also serves as an academic advisor and a coordinator of meteorology program activities.