Janée Lambert Bonner is the wife of the University of South Alabama’s fourth president, Jo Bonner.

Growing up in Mobile, Janée graduated from St. Paul’s Episcopal School as well as Rhodes College in Memphis, where she earned a Bachelor of Arts in History.  Upon graduation from Rhodes, she moved to Washington, DC where she served for six years as a senior legislative aide to Congressman Andy Ireland, R-Florida.  She then worked another six years for the American Society of Anesthesiologists, serving as the federal affairs coordinator and director of political action.

In Washington, she served on the boards for several volunteer organizations, most notably as Chair of Taste of the South, Inc., an annual gala that has raised millions of dollars for various southern charities since 1982.  She has also remained active in both the Congressional Club and the Republican Spouses Club, affiliations she made when her husband served in the US Congress.

Closer to home, Janée has been a leader in a number of philanthropic and civic organizations.  She was president of the Junior League of Mobile in 2008-2009, one of the most active Junior Leagues in the United States.  She has also served in board positions for the Mobile Exploreum Science Center, United Way of Southwest Alabama, the Mobile Area Education Foundation, St. Paul’s Episcopal School, St. Paul’s Episcopal Church, the Alabama Shakespeare Festival in Montgomery and the Tuscaloosa Symphony Orchestra. Janée was also a member of Leadership Mobile, Class of 2007.  Currently, she serves on the board of the 3 Mile Creek Partnership, founded in 2019 to support the implementation of the Three Mile Creek Watershed Plan and the City of Mobile in transforming the creek and its surrounding area into a community amenity.

Jo and Janée are the parents of two children, a daughter, Lee, who works in Washington, DC, and a son, Robins, who works in Birmingham.

Like her husband, Janée is honored to be involved in many different aspects of the USA campus, including the student experience, the health care aspect and general college events, as well as the overall community that surrounds the campus. 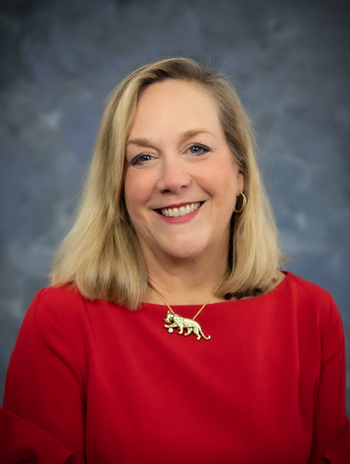