In a Storm's Wake, a Service Focus Emerged 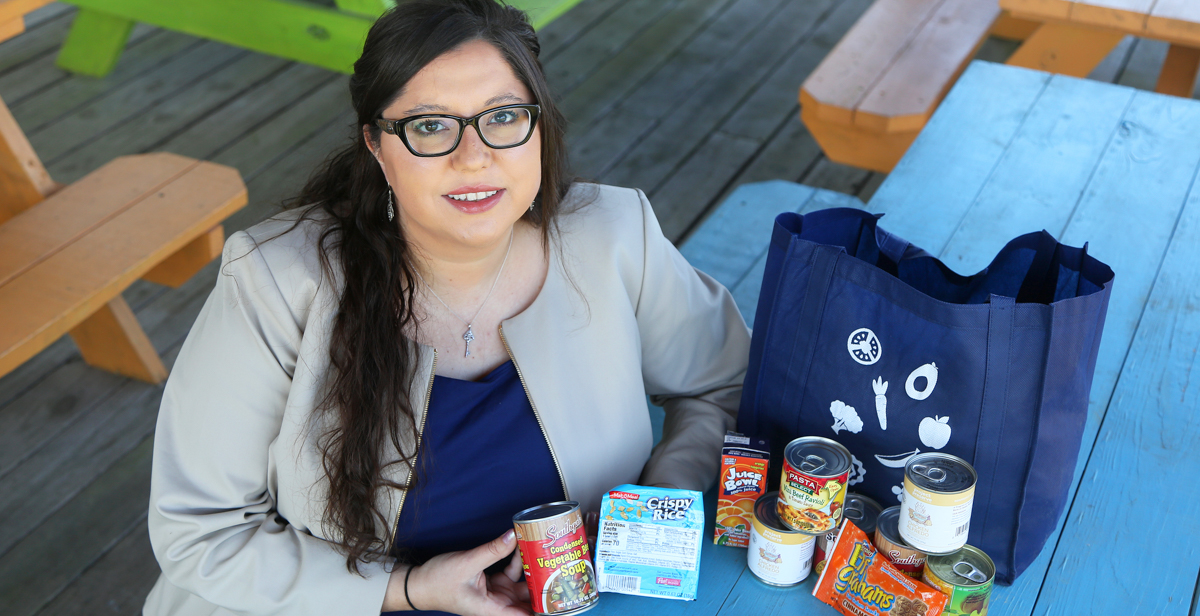 Eugenie Sellier, '11, '16, is the director of child nutrition programs for Feeding the Gulf Coast, where she oversees four child hunger relief programs serving more than 20,000 children.

Like many children, Eugenie Sellier’s mom warned her to eat the food on her plate because there were kids in the world who were starving. And like most kids, she knew that meant she better finish her dinner.

Growing up in Pass Christian, on the Mississippi Gulf Coast, Sellier realized there were people who went without enough food. But the issue did not affect her directly, so it was not a real concern. Until her senior year of high school in 2005.

“When Hurricane Katrina hit, it completely changed my perspective,” said Sellier. In the weeks following the storm, she and her family received critical help from first responders, including Salvation Army volunteers who delivered hot meals every day. “Seeing how everyone was willing to help out during a disaster made me want to go into a public service career.”

Sellier’s path to public service proved an uneven road. She entered the University of South Alabama in 2006 to study physical therapy before switching majors two more times. When one of her roommates suggested she take a communications class, Sellier agreed. “I got hooked on print journalism, and loved it.”

After graduating in 2011 with a double major in journalism and French in the College of Arts and Sciences, Sellier continued her college job working in retail until a friend, a fellow South alumna, mentioned an opening for a child nutrition coordinator at the Bay Area Food Bank, now called Feeding the Gulf Coast.

Without any experience in child nutrition and limited scope of the organization’s programs, Sellier was skeptical about interviewing for the position. However, after being offered the job, she readily accepted and hit the ground running.

During her first year as child nutrition coordinator, Sellier spent much of her time traveling to rural communities in Alabama, learning as much as she could about the needs of hungry children in those areas. The experience became a pivotal moment in her career. “Growing up, you never think about the kid next door or the kid you go to school with being hungry,” said Sellier. “It was a turning point for me as to what’s going on in our local communities.”

At the end of that year, Sellier entered South’s master of public administration program to further her career in public service. Although she admits it was difficult at times to juggle working full-time and attending classes at night, Sellier believes she benefitted from the process.

“It was very helpful to be working and going through the program simultaneously,” Sellier said. “A lot of the skills I learned I could relate directly to work. I was able to bring up questions from my job in class for real-time solutions.”

One professor in particular made a significant impression on Sellier. On the first day of her class, Sellier was terrified of Dr. Jaclyn Bunch, assistant professor of political science. “Because of that, I didn’t forget anything she taught me,” laughed Sellier. Bunch went on to sponsor the Public Administration Club, a student organization Sellier co-founded. Their relationship eventually transformed into one of mentorship, and Bunch continues to communicate regularly with Sellier to follow her career progression.

“Eugenie made a tremendous impact on the classroom experience,” said Bunch. “She is a consummate professional, an enthusiastic scholar and an impactful leader. Our program is honored to count her among our alumni.”

After receiving her MPA in December 2016, Sellier was promoted to Alabama child nutrition manager at Feeding the Gulf Coast.  Two years later, she became the director of child nutrition programs, overseeing the operation and administration of four child hunger relief programs serving more than 20,000 children at 250 feeding locations in the Gulf Coast region.

Sellier credits the education she received at South for learning the skills necessary to thrive in her current position, specifically what she learned in her MPA program. “From human resources, to budgeting, to interpreting data, what I learned in the program allowed me to move ahead in my career more quickly,” said Sellier.

She doesn’t try to predict where her career will ultimately lead, but Sellier knows she is finally on the right trajectory. “I never thought I would be where I am today five years ago,” Sellier said. “I enjoy mentoring the younger staff, and I would like to continue managing and leading programs in public service.”

Wherever her career path leads, it’s a good bet that Sellier will continue to make a difference in the lives of others.