Holocaust in Memory and History September 7

Posted on September 1, 2016 by Susan McCready 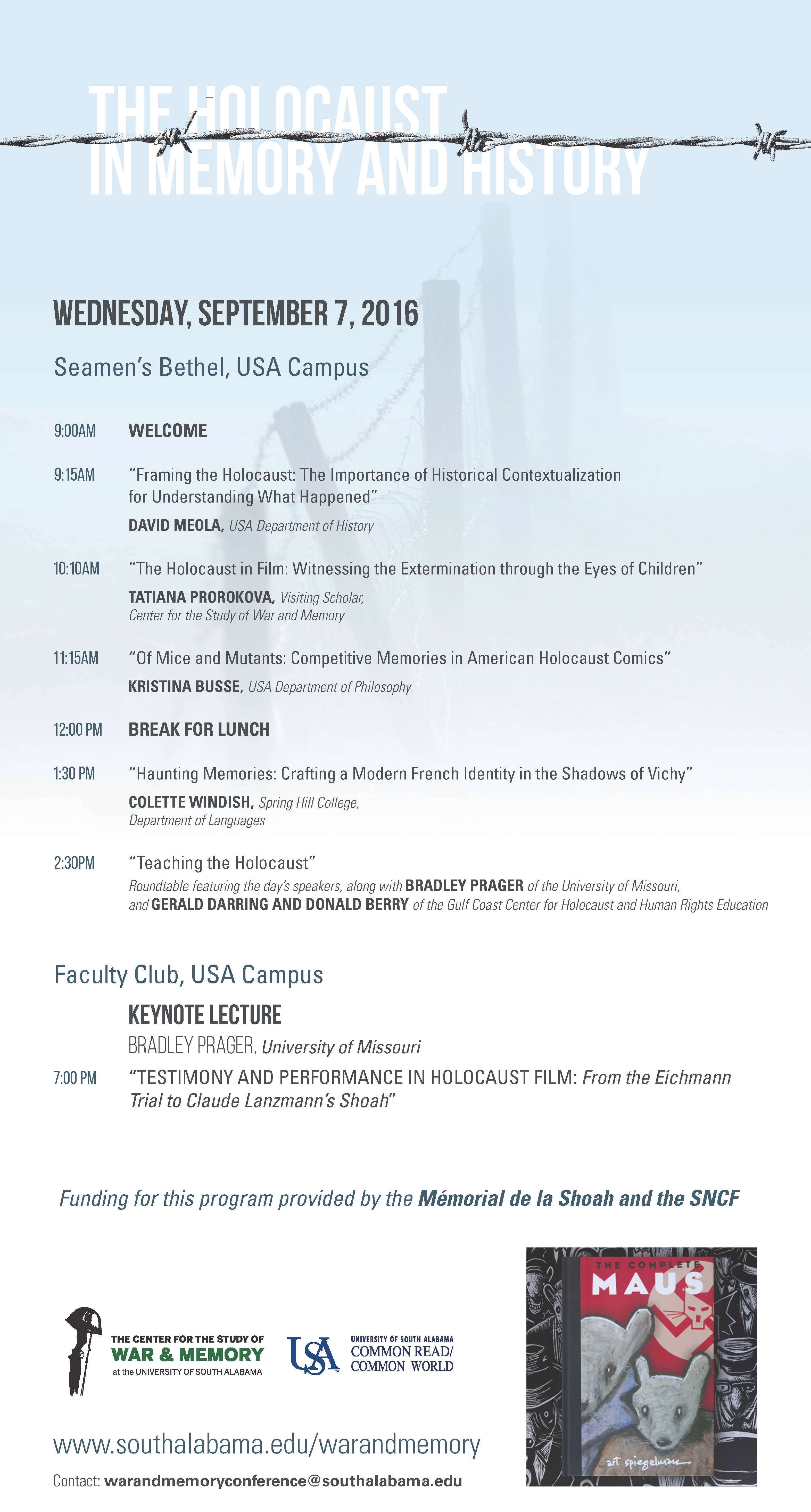 The program will begin at 9AM at the Seamen's Bethel and feature lectures by USA Faculty, the War and Memory Visiting Scholar, and Spring Hill College Faculty. The day's speakers will be joined by the keynote speaker Bradley Prager, of the University of Missouri and Gerald Darring and Donald Berry of the Gulf Coast Center for Holocaust and Human Rights Education in a round table discussion on Teaching the Holocaust at 2:30.

At 7PM at the Faculty Club Bradley Prager will deliver his keynote lecture, “Testimony and Performance in Holocaust Film: From the Eichmann Trial to Claude Lanzmann's Shoah.” Dr. Prager is the author of several books, including most recently, After the Fact: The Holocaust in Twenty-First Century Documentary Film (New York: Bloomsbury, 2015). Professor Prager has been a guest at the United States Holocaust Memorial Museum and is the University of Missouri System Representative to the state’s Holocaust Education and Awareness Commission. A reception will follow his lecture.

Major funding for this program was provided by the Mémorial de la Shoah with additional support from Jaguar Productions.

This is a special event that intersects with this year's Common Read/Common World selection, Art Spiegelman's The Complete Maus.