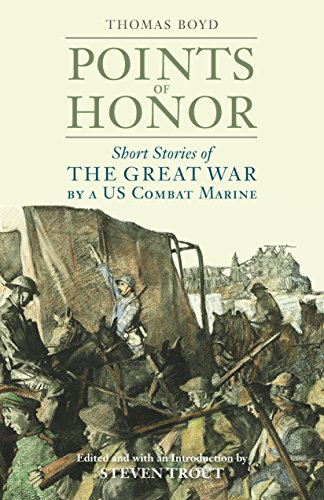 Thomas Boyd's 1925 collection of short stories inspired by his experience as a combat marine in the First World War, Points of Honor,  has just been published in a new edition by the University of Alabama Press in their War Memory & Culture series. This is the second title to appear in the series, which is published in cooperation with the Center for the Study of War and Memory. Steven Trout edited the book and wrote its introduction.