Electrical engineers deal with all aspects of electricity and electronics, ranging from nationwide power grids down to integrated circuits containing billions of transistors. The field has spurred advances in electrical power, electronics, radios, control systems and robots.

Engineering Student Follows Parents to South, After a Detour 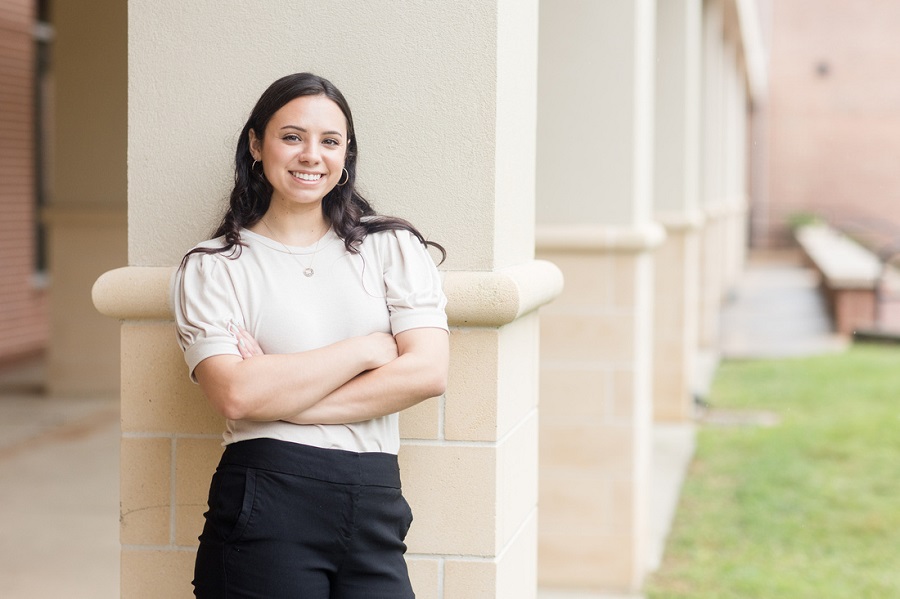 With both parents being University of South Alabama engineering graduates, Mobile native Anna Salazar would obviously follow their footsteps, right?

Not exactly. First, when she was little, she said she would never be an engineer because she hated subtraction.

By college age, she had changed her mind. She studied biomedical engineering for two years — at another school. Then she transferred to South and switched majors to electrical engineering, her father’s field. (He’s originally from Costa Rica. Her mother, a U.S. native, is a chemical engineer.)

“I fell in love with South,” Salazar said. The reason: her professors. “Not only are they good teachers, but they really give their time and effort to the students. They’re easy to approach and just eager to help.”

“For several weeks we were there from 6 a.m. to 10 p.m. getting the lights on. It was really amazing to be a part of.”

Salazar has worked for Alabama Power as part of the USA Engineering Cooperative Education Program, which gives students a chance for a permanent job upon graduation. Co-op students alternate semesters of class work with semesters of full-time paid employment.

At South, she was chapter vice president for the international engineering honor society and was involved in other student organizations.

“You learn a lot of valuable skills that you don’t learn in the classroom,” she said, “such as organizing people with different schedules and leading meetings. Little things like that have definitely translated to work.”