My research interests lie in all areas of insect ecology and biology. Current work includes studies in community structure, biodiversity, faunistics and symbiosis. My major current research projects are as follows

The Ticks of Alabama: The state of Alabama like most other states, has experienced an increased incidence of tick-borne diseases affecting humans, according to the Alabama Department of Public Health (ADPH). Presently, there is no continuous active state-wide surveillance program in place. Hence, the risk of the exposure to humans tick-borne diseases in Alabama is poorly understood. My research -- in collaboration with Jonathan Rayner (Microbiology and Immunology, USA) Ryan Wood (Microbiology and Immunology, USA) and Joel Borden (Biology, USA) -- is to extend our basic knowledge of what species of ticks are present in Alabama and what pathogens they carry. All ticks collected are screened for 22 known species and strains of tick-borne diseases utilizing molecular approaches that provide the greatest sensitivity for detecting pathogens in pools of ticks.

Insect Ecology:  Much of my research has focused on the ecology of stream insects, with one group of particular interest, the black flies (Diptera: Simuliidae).  In 2004 a new species, Helodon mccreadiei, was named in recognition of my contribution to the study of black flies. My research has been undertaken in Canada, the United States, Brazil, Venezuela, Ecuador and the Galapagos. Research in Ecuador and the Galapagos was recently funded by the National Geographic Society. Although my research has followed several different lines of inquiry, the  unifying theme is to understand basic , but often poorly understood processes — Why are certain insect species found in one place but not another? How does the environment influence their distribution? How do insects interact with other species? What can insects tell us about how life is organized on our planet?

Curation: In the spring of 2002 I established the University of South Alabama Arthropod Depository (USAAD) to house representative insect specimens that have been, and will continue to be, collected in Coastal Alabama. A reference collection is critical to every research and teaching program involving insects, and is often a centerpiece for institutions of higher learning.  It serves as a permanent information and retrieval system, analogous to a library, that includes actual specimens and important data about each specimen. The USAAD at present can house 15,000 vials of specimens and a similar number of pinned specimens. This depository will provide future generations of researchers with an indispensable reference tool.

McCreadie JW and Bedwell C. 2014. Species composition of local riffle beetle assemblages in small coastal streams of the Gulf of Mexico: the influences of local and regional factors. Aquatic Ecology, 48: 127-141

Vojvodic S, 2006 -The development of Trichomycetes (Zygomycota) from the genus Smittium in larval black flies 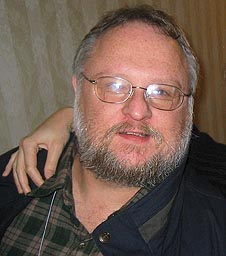