Are you a current GY student looking for scholarships? 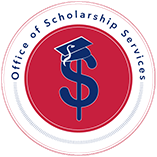 The Department of Earth Sciences offers many awards for academic excellence in Geology. For some awards (see description), students need not be declared geology majors. Most of our awards are made on an annual basis and are derived through endowed funds managed through the USA Foundation. For further information about the awards (including donations to the endowment accounts) please contact Dr. Sytske Kimball (Department Chair) in the Department of Earth Sciences.  No student is eligible to receive more than one award per year. In addition, award criteria are currently under revision and are subject to change from the descriptions listed below. Please contact a geology faculty member for current criteria.

These awards, consisting of rock hammers, are made to freshman students with the best academic performance in the GY 111/111L and GY 112/112L sequence of courses. One or more prizes will be awarded per year. Students are generally nominated by those Geology faculty members who teach the freshman level geology courses. Winners need not be Geology majors.

The fund was established in July 1986 as a scholarship account for the Department of Earth Sciences, named in honor of a Geology Major who was killed in an automobile accident. The initial contribution was made by Alfred R. Denmark, a 1971 USA graduate and brother of the student. His contribution as an alumnus was matched by the University. In 2007, the Department of Earth Sciences in conjunction with the Denmark family renamed the award the James Denmark-Wayne Isphording Award to acknowledge Professor Wayne Isphording for 40 years of service to the Department and the University of South Alabama. Prof. Isphording retired in May 2007. The cash award of approximately $250.00 to $300.00 per year is made to the student with the highest grades in GY 302 and GY 303. Students are generally nominated for this award by faculty who teach those classes (Haywick and Allison); however, students may nominate themselves for this award.

This cash award award (presently valued at $100.00) was first presented in the spring of 2001. It is made to the geology major with the best overall academic performance in Paleontology (GY 401). Students are nominated for this award by paleontologist Murlene Clark; however, students may also nominate themselves. Winners need not be Geology majors.

This award, first presented in the spring of 2001, is made to the student with the best overall performance in sedimentary petrology (GY 402). Students are nominated for this award by sedimentologist Doug Haywick; however, students may also nominate themselves. The award consists of the American Geological Institute’s Glossary of Geology reference book ($120.00). The award honors Elsie Haywick, an avid reader who died in 2000. Winner need not be a Geology Major.

This award was first presented in the Spring of 2004. It is in honor of Elliott Hagler, a Geology graduate who was tragically killed in a traffic accident in 2002. The award is made to the most deserving Geology Major in order to financially assist them in attending the Department's summer field school (GY 480). The cash award in 2008 was $500.00. The endowed fund was established following generous donations from friends of Elliott and his parents.

The fund was established in memory of Mr. John Faggard, a rock and gem collector who was an important benefactor of the Department of Earth Sciences. He and his wife Ruth donated hundreds of rock and mineral samples to the University, some of which are on permanent display in the Life Sciences Building. The initial contribution was donated in his memory by his wife Ruth in 1991. In 1994, this scholarship was combined with the Denmark Scholarship in order to produce a single award. In 1996, a separate Faggard Scholarship was established to award the student with the highest academic standing in Geology courses who is within one year of graduation. The cash award in 2008 was $1200.00. Students can be nominated for this award by any Geology faculty member, however, students may also nominate themselves. The winning student will be decided on the basis of voting by all Geology faculty. Only students majoring in geology at the University of South Alabama are eligible for the Faggard Scholarship.

The fund was established in 1996 following a major donation to the University of South Alabama by the Desk and Derrick Club, a petroleum geology affiliated organization. The cash award in 2008 was $500.00 and was made to the student(s) majoring in geology with the highest academic standing in geology planning a career or graduate study in petroleum geology or a related field. Students are nominated for this award by Geology faculty who teach GY 304 and GY 402, courses relevant to the petroleum industry (Haywick, Clark); however, students may also nominate themselves.

This award was initiated by the members of the Mobile Rock and Gem Society in 1999 as a mechanism by which to reward excellence in field work by Geology majors. The 2008 award was $500.00. It is awarded to the student who is judged the best overall field geologist by Dr. David Allison following the Department's GY 480 Field School course.