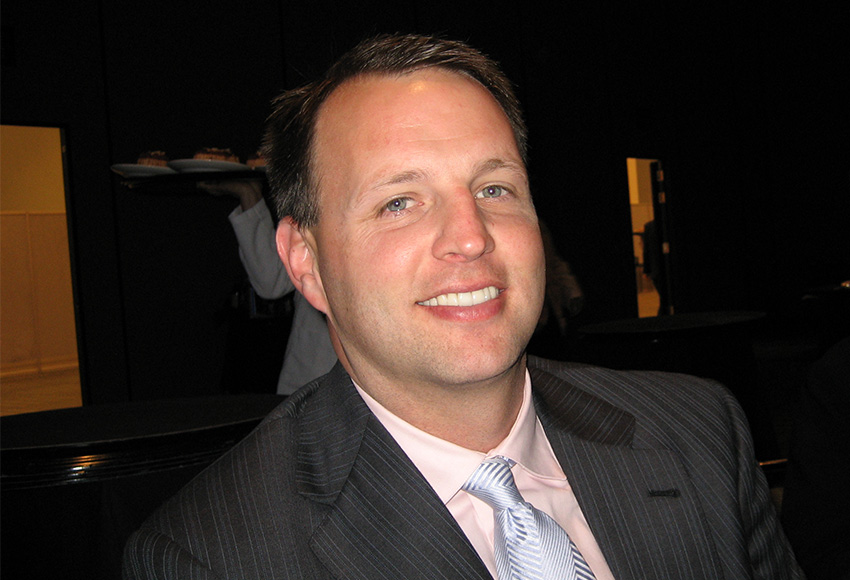 Being able to gain both an excellent education and stay in his hometown was a goal of Joseph A. Alexander. And the solution Joseph needed was the University of South Alabama. Better known as Jay, he received both a Bachelor of Science degree in International Business and a Bachelor of Arts degree in Russian Language in 1994. As he earned his degree, he was able to stay in touch with friends, as well as establish new relationships with people from all over the world. Jay valued the diversity of the student body and the very talented faculty. He said, “Two of my favorite professors were Dr. Paul Petri in the Mitchell College of Business and Dr. Mozur who taught Russian Language. I can still quote from the book Dr. Petri authored and lectured from. He was one of the best.”

Jay attended South long before the football team existed, and he says he’s glad to see that has changed. He remembers going to baseball and basketball games, but recalls spending most of his time in the library and learning from faculty outside of class. He reflected on his time at South: “Looking back, I now know how lucky I was to be able to have access to the faculty, as this is not always the case at other universities; and more importantly, the faculty made time for students. I can honestly say the faculty wanted the students to succeed.” After graduation, he moved to New Orleans and worked for a start up in the medical device industry. His sales experience led him into the pharmaceutical industry where he spent 12 years of his career as a Sales Rep, Account Manager, and District Sales Manager for Pharmacia & Upjohn and then Pfizer.

He currently serves as General Partner at Bright Star Capital Management, LLC, trading derivatives and maintaining and developing client relationships. When asked how his time at South has affected his career, he said, “Immensely!” Jay went on to explain that after he graduated from South, he started a new tradition: a ski trip with friends in Vail. The first trip was extra special, noting the attendees were both USA buddies and some additional new friends of friends. One of the new friends happened to be a former trader and worked in New York and Chicago. Jay said, “I did not know it at the time, but it would be a life changing trip for me. We all had such a good time that we continued the tradition of skiing together for over 15 years.” Ultimately, one of the trip attendees became a great mentor for Jay, and enabled him to start his own firm in 2008. He now spends his time doing what he’s most passionate about – trading. He says he has been able to leverage his experiences at USA and in corporate America to help him become successful, using both his USA education and the friends he made while he was on campus to build a successful career.

Jay’s advice to students is to embrace and leverage “diversity”. He added to follow your passion and spend your time further developing and leveraging your strengths. Jay said: “More importantly, chose a career path that enables exactly that. It sounds simple, but I believe few individuals actually do this. How many people do you know who are counting down the years until they can retire or continue at a job they dislike? Why waste/invest your time like that?” In addition, Jay advised students to take risks noting that “Success always favors the bold.”