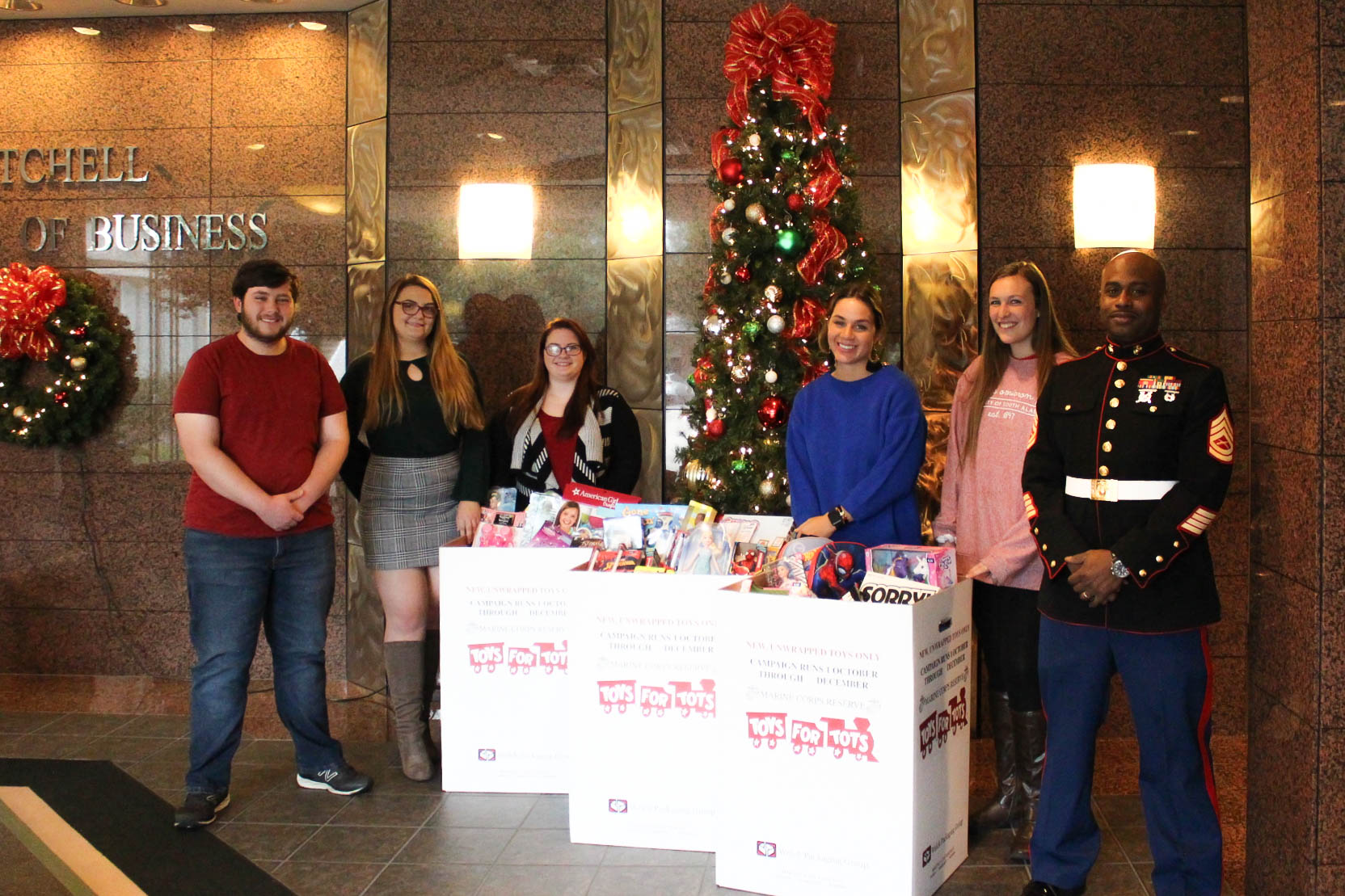 Each year, the college helps Toys for Tots in their goal to "deliver, through a new toy at Christmas, a message of hope to less fortunate youngsters that will assist them in becoming responsible, productive, and patriotic citizens." Every year the college sets up multiple collection locations where toys can be donated for children in the community. This year the college took it one step further decorating and distributing mugs for change. Once the mugs were filled, they were returned and the proceeds were used to buy additional toys to fill the tree for children in need.

Toys for Tots began as a Los Angeles charitable effort in 1947. Major Bill Hendricks, USMCR, was inspired by his wife Diane when she tried to donate a homemade Raggedy Ann doll to a needy child but couldn't find any organization to do so. At her suggestion, he gathered a group of local Marine reservists, including Lieutenant Colonel John Hampton who coordinated and collected some 5,000 toys for local children that year from collection bins placed outside Warner Bros. As of 2016, the Toys for Tots Program and Foundation have collected and distributed more than 512 million toys.