The South Community Reflects on the Clotilda's Discovery 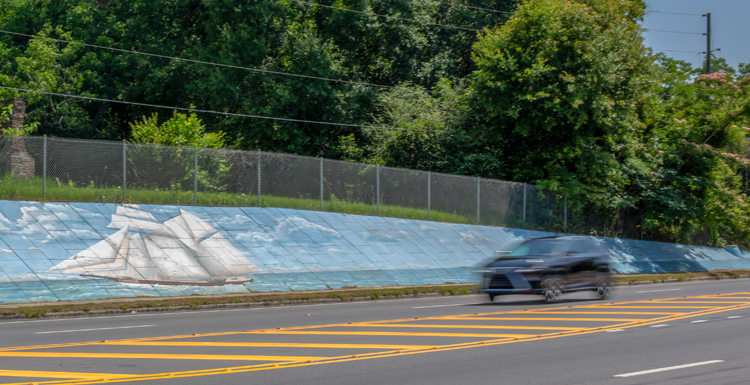 A mural of the Clotilda is painted along Bay Bridge Road in Mobile's Africatown community. Remains of the ship were found in the Mobile Delta, the state recently announced. "I look forward to the economic and cultural development that will follow this historical moment in Plateau/Magazine Point/Africatown, USA, Alabama," said Dr. Kern Jackson, director of African American Studies at the University of South Alabama.

“From 1801 to 1866, an estimated 3,873,600 Africans were exchanged for gold, guns and other European and American merchandise. Of that number, approximately 444,700 were deported from the Bight of Benin, Africa. During the period from 1851 to 1860, approximately 22,500 Africans were exported. And of that number, 110 were taken aboard the Clotilda at Ouidah.” – “Barracoon: The Story of the Last ‘Black Cargo’” by Zora Neale Hurston, novelist, folklorist and anthropologist.

More on the Clotilda:

The remains of the Clotilda were recently found by marine archaeologists in the Mobile-Tensaw Delta near the Plateau/Africatown area of Mobile. The Alabama Historical Commission unveiled the discovery to descendants of the 110 on May 22.

University of South Alabama faculty including Drs. Joel Lewis Billingsley, associate professor of counseling and instructional sciences; Kern Jackson, assistant professor of English and director of African American Studies; and Pamela R. Moore, professor of educational media and technology, are collaborating with Ryan Noble, assistant professor at Spring Hill College and filmmaker, and Gloria Wilson, visiting professor of art education at Virginia Commonwealth University and a South alumna, on a project to honor the heroic and inspirational legacy of the 110. Lewis Billingsley, Jackson, Wilson and others were asked to share their thoughts about the discovery of the remains of the Clotilda. 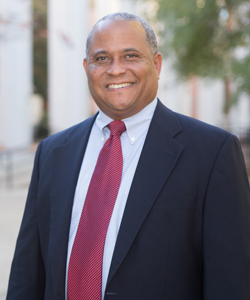 It is a proud day to be a Jaguar and a member of the broader Mobile community. So many descendants who are alumni have matriculated through our university. The African American Studies program of the University of South Alabama, initially under the direction of Dr. Jean McIver, retired, is particularly blessed and favored to have, in a small and humble way, participated in the pursuit of and now finding of the Clotilde.

It is important to recognize the importance of this moment in American History. The ship is a symbol of African American resistance, resilience and survival.  There is an old saying, “you can break my bones, but you can’t break my spirit.” Indeed, this is the legacy of those Clotilde Africans and their many, many generations of descendants. My hope is for continued conversations about enslavement, secession, and reparations. I look forward to the economic and cultural development that will follow this historical moment in Plateau/Magazine Point/Africatown, USA, Alabama. 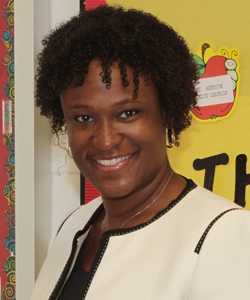 Although more heartbroken than overjoyed, I hope that forgiveness and peace will assist Project 110 in educating the next generation and providing a safe space for our community to discuss this important part of our history. Conversations, processes, and decisions associated with the discovery of the ship must honor the 110 and foster unity. Otherwise, they should leave the ship in the water. Now more than ever, how we share this history, by artifact and speech, must pay homage to the Africans who survived and persevered. 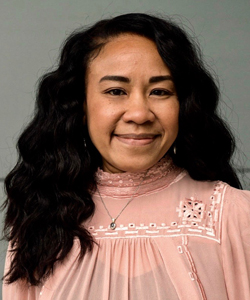 I have on-going mixed reactions. I am both hopeful and fearful of the long-term effects of such a discovery and its impact on the Black communities of Mobile in general, and on the economic, psychological and emotional well-being of the Africatown descendants of those enslaved and transported on the Clotilda. My first thought was, why did this take so long? Historical accounts of the Clotilda, and how it was disposed of have been storied for quite some time. For example, in the book, “Dreams of Africa in Alabama,” Sylviane A. Diouf shares details of the arrival of the Clotilda and the extreme measures that were taken to “reinvent” the ship, so that all traces of its illicit voyage would be masked or wiped away.

As I reflect on my time living in Richmond, Va., I cannot help but pause to think about how the story of enslaved Africans has been bookended for me. I have now lived in a place (Virginia) where the first enslaved African captives were brought and also a place (Mobile, Ala.) where the last ones were brought. It gave me chills when I first thought of it more than a year ago. For many Mobilians in general, and Africatown residents specifically, the Clotilda holds an historical memory. It is part of the American lexicon and history and part of the broader global narratives of human trade capital. Any denial of the long-range impacts of the systemic atrocities of the captivity that took place within the hold of the Clotilda (and of any slave ship), is akin to an anesthetic —something to help numb a feeling and connectedness to the story of human nature. I realize that numbing is also a coping strategy for many. It is important though to acknowledge that we, as Americans, cannot escape our direct connection to this history. 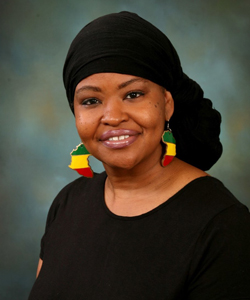 When I first learned of the possible finding, I immediately thought of the conversation I had in Ouidah, Benin with the High Priest of Vondoon, Houna Daagbohounon, in 2017. I had taken my first group of students to Ghana and wanted to extend the trip to Benin. After my students left, I found an interpreter and went to Benin. I was connected with a Rasta elder, Mere Jah, and we were invited to come to the high priest's home. He was informed that I was from the United States and interested in the Clotilda. He stated that his father had once traveled to Prichard to meet with then-Mayor John Smith but the work they had done was unfinished. He stated that my presence was an indication that it was “time for the work to begin again.”

I don't believe in coincidences. I believe in the natural law of fate and consequences. When I heard that the Clotilda was found, I knew that it was driven by the unknown (at the time) desire for the work to begin again to connect African Americans. This is what drives my desire to get students to Africa. For me, it was the dream of a confirmation that had come true. I'm excited that Houna Daagbohounon will visit in June.

For some, the presence of the Clotilda in our waters was a folk tale. Now we have actual evidence. Our ancestors were spread throughout the world. It is rare that we find African Americans who know exactly from whom they descended. In Africatown, we have a community of descendants who know their history. The importance of ancestry and of us taking an active role in honoring their voyage, deaths, and slavery through the development of a vibrant community, a mutual exchange between African Americans and Africans leads to addressing accountability.

Frye Gaillard
Writer-in-Residence, College of Arts and Sciences, and Author 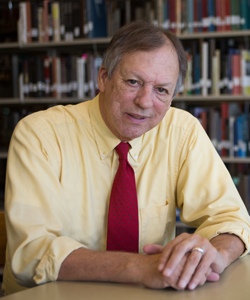 The discovery of the Clotilda is a grim reminder of a history filled with suffering and shame. In the words of the old African American hymn, “sometimes it causes me to tremble.” But we are reminded also of the heroism of the survivors — and the need for honest conversation about the tragic roots of our current troubles.