The chemical and biomolecular engineering program uses knowledge of mathematics, chemistry, physics and other natural sciences, gained by study, experience and practice, to develop economical and efficient ways of using materials and energy to benefit society.

Graduate Says South Taught Him ‘How to Think as an Engineer’ 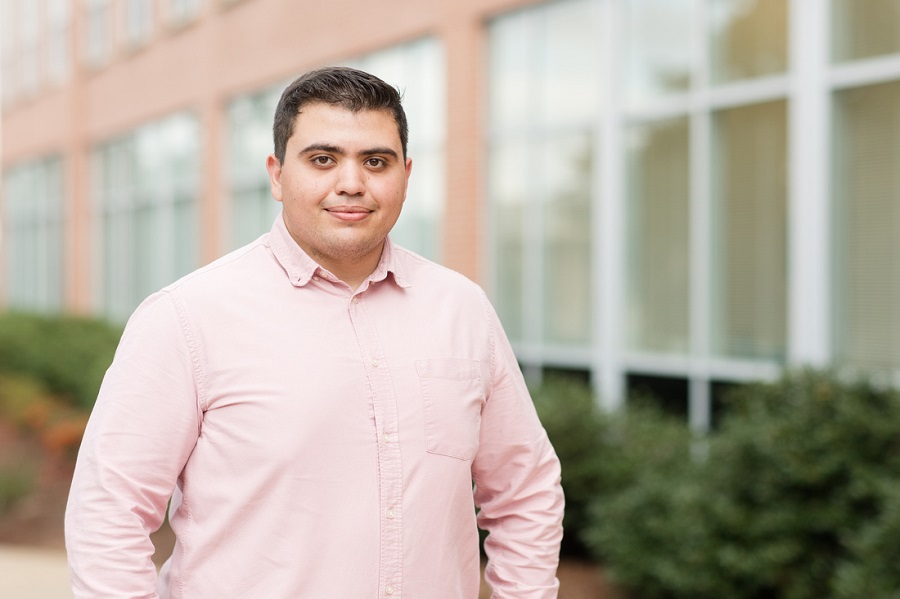 It’s impossible for any academic program to prepare engineers for each specific problem they’ll need to solve, said Arianjel Hernandez, a chemical and biomolecular engineering graduate of the University of South Alabama.

“You get taught how to think as an engineer, mostly,” he said. Each job, each chemical plant, each day’s challenges are unique and impossible for professors to anticipate.

So his bachelor’s and master’s degrees from South gave him what he needed to succeed: “a solid foundation to ask questions and figure out problems.” It helped that, because the chemical and biomolecular engineering department is relatively small, “you get a lot more one-on-one time with the professors.”

Hernandez was born and grew up in Mobile as a first-generation Cuban American. For college, South seemed a logical choice, confirmed by campus tours and shadowing a few chemistry courses.

“You get a lot more one-on-one time with the professors.”

During his undergraduate and graduate years, he had process engineering internships with the German chemical company Evonik at two plants in Theodore, Alabama, just south of Mobile. (A process engineer is responsible for the equipment, systems and methods in a manufacturing facility.)

One Evonik plant produced hydrogen cyanide, the other acrolein. Both are widely used industrial chemicals, and both can be lethal. “Safety was a big thing.”

Master’s in hand, he worked first at a project execution company in Mobile and then back in Theodore for INEOS, a global chemicals manufacturer.

At INEOS, Hernandez said, he helps fix whatever problems arise. He also works on other projects, such as expanding and “de-bottlenecking” the manufacturing process.

It’s almost like being back at South, where exams, he said, were famously difficult. “They’re trying to see how you thought through the process and how you’ve worked it out, not if you can regurgitate what you did for homework.

“That transferred forward to the kind of critical thinking you do in the real world.”