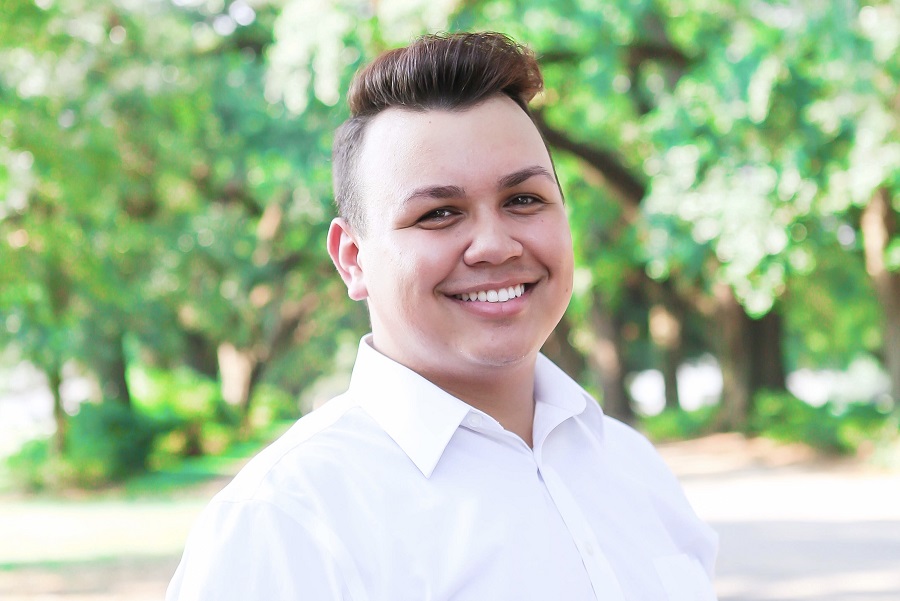 When he took a job in Nashville, Tennessee, with the Recording Academy, which produces music’s Grammy Awards, Chris Phengsisomboun felt more at home in some ways than in his actual hometown.

Phengsisomboun (pang-siss-boon) grew up as “an artsy guy” in the Vietnamese fishing community in blue-collar Bayou La Batre, just south of Mobile on the Gulf Coast. His father’s family is from Laos and Cambodia. His mother is white, and his stepfather is Vietnamese.

His job as an administrative assistant at the academy grew out of an internship during his time at the University of South Alabama. He works on membership outreach and production assistance for the South region, including such recording hotbeds as Atlanta, Memphis and, of course, Nashville.

As a singer and songwriter himself, he fits right in. “We’re all just a bunch of creative weirdos in the music industry,” he said, “so it’s definitely more inclusive. But there is so much more work to be done.”

“I go into every situation asking, ‘How can we streamline this process? How can the communication be better?’”

The skills he honed at South have helped him make the case for diversity, equity and inclusion in the industry.

“I was a communication major, with a focus in PR and a minor in marketing. My thing is, I go into every situation asking, ‘How can we streamline this process? How can the communication be better? What are we not getting right here?’”

Usually, Phengsisomboun said, he is one of the few people of color, and the only LGBT person, on his team. “So I always make sure that whatever messaging we’re trying to put out, if we’re trying to encompass diverse audiences, that the messaging is effective, efficient and communicated properly.”

He makes a point of going beyond simply identifying a problem or even suggesting a solution. “A mantra that I always use in everything is: Show them that they can.”