The health education (6-12) and physical education (P-12) program is a dual teacher certification program that can be completed in eight semesters. It leads to a Bachelor of Science in education with eligibility for an Alabama Class B teaching certificate.

You Can Call Her Miss Whitney 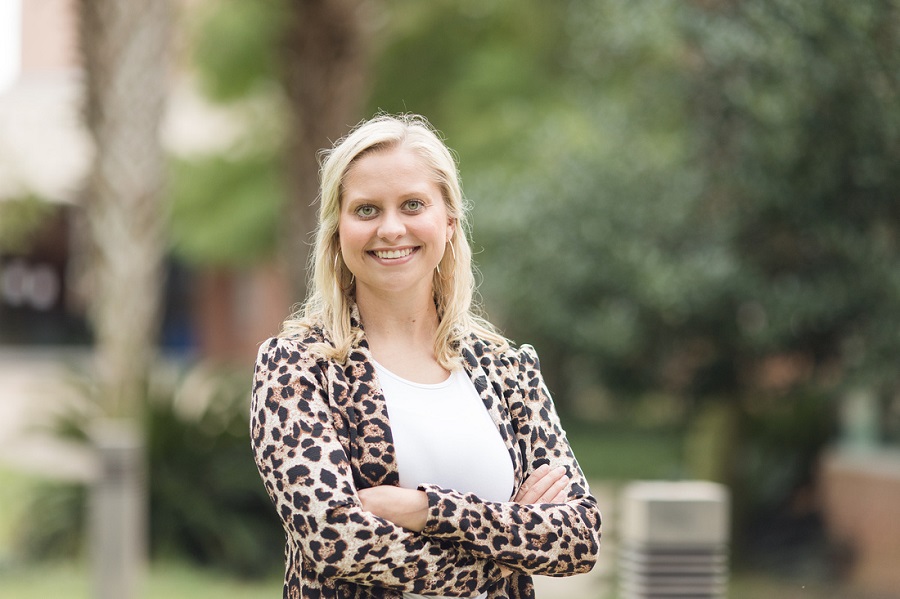 Whitney Peavy always knew she wanted to become a teacher. She always planned to study education at South.

The native of Citronelle, Alabama, comes from a family with all kinds of connections to the University of South Alabama. For more than 20 years, her father, Ray, worked for South as an air-conditioning technician. Her brother, Zachary, earned a bachelor’s degree in engineering in 2019. Her twin sister, Victoria, received a bachelor’s degree in recreational therapy in 2021.

Her mother, Stephanie, earned an education degree at South in 1994. For more than 20 years, she taught second grade in Citronelle at McDavid-Jones Elementary School — where her daughter did a teaching internship.

“I can’t be called Miss Peavy, because there was already a Mrs. Peavy,” she said, “so they call me Miss Whitney.”

“I love watching people learn. When it clicks, you can see that moment when they finally understand something.”

At Citronelle High School, she played on the tennis team and was a majorette in the marching band. At South, she concentrated on her classes and worked at Student Academic Success. Education was her focus from the beginning.

“I love students,” she said. “I love watching people learn. When it clicks, you can see that moment when they finally understand something.”

Peavy said her goal is to get a job at a middle school teaching physical education, and, just as she’s learned in her classes at South, incorporate health and wellness. She’s already lined up guest speakers in her head. It’s quite a change for someone who, growing up, “hated PE.”

Her focus on middle school is strategic. She wants to reach students while their parents aren’t as involved but “before they know everything, while they’re still willing to learn.”