The exercise science major provides a scientific core that leads to understanding of human anatomy and physiology and exercise’s impact on the body. The degree has two concentrations: health and fitness and the pre-professional track for those interested in graduate study and clinical/research programs. 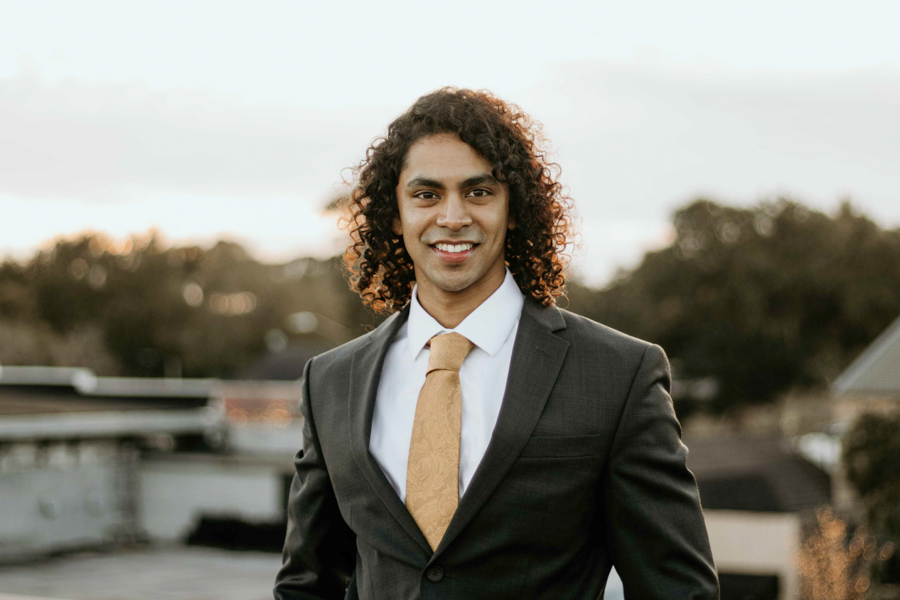 Omar Mulla planned to attend graduate school and become a physical therapist after earning a degree in exercise science from South, but he wound up pursuing a fitness career and becoming an entrepreneur.

In Fairhope, Alabama, he founded OM Personal Training, which has expanded into corporate wellness. At first, Mulla says, half joking, his Indian parents were disappointed.

“To go a different route, one that wasn’t guaranteed, that was unusual,” he said. “My family thought I was delusional. My brother, he’s a doctor, and he would always ask when I was going back to school. Now I think they get it. My dad’s like, ‘I’m glad you did this.’”

At South, Mulla started out in marine biology. After taking a semester off, he turned to exercise science.

“If someone is making a decision to become healthier, they’re in a really vulnerable state, so you want to make them comfortable.”

At the same time, he became a certified personal trainer, working at the Student Recreation Center and leading trips with the Outdoor Adventures program.

“I was the water guy — we’d take students and faculty members to rivers all over Alabama. We also did hiking and mountain biking, and snowboarding and skiing trips to North Carolina. Some of the people we brought outdoors had never been in the woods, never been on a river, so that was cool to see.”

In both personal training and corporate wellness, Mulla tries to listen and learn about his clients. Instead of pitching a program, he’s asking questions and planning strategy.

“If someone is making a decision to become healthier, they’re in a really vulnerable state, so you want to make them comfortable,” he said. “There’s a lot of value to meeting people where they are. A needs-based approach works really well with businesses. You know, what do you need? What do you want?”