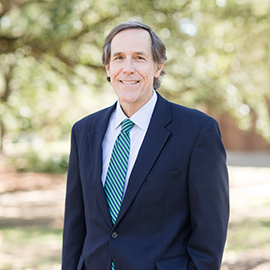 Dr. Cummings is a graduate of Leadership Mobile and The Buckley School for Public Speaking. As a long-time member, director, and executive leader of the Mobile Area Association of Realtors, he served as its President in 2000 and won its 2001 Realtor of the Year Award. From 1999-2011, he served as a Member of the City of Mobile Board of Zoning Adjustment, and was Chairman from 2003-2011. In 2011, Alabama Governor Robert Bentley appointed Dr. Cummings to the 1st Congressional District Seat on the Alabama Real Estate, reappointing him to a second term in 2016. Also in 2016, Governor Bentley appointed Dr. Cummings to the Advisory Board of the Alabama Center for Insurance Information and Research based at the University of Alabama. In 2016, Mobile Mayor Sandy Stimpson appointed Dr. Cummings to the Board of Commissioners of the Mobile Housing Authority.