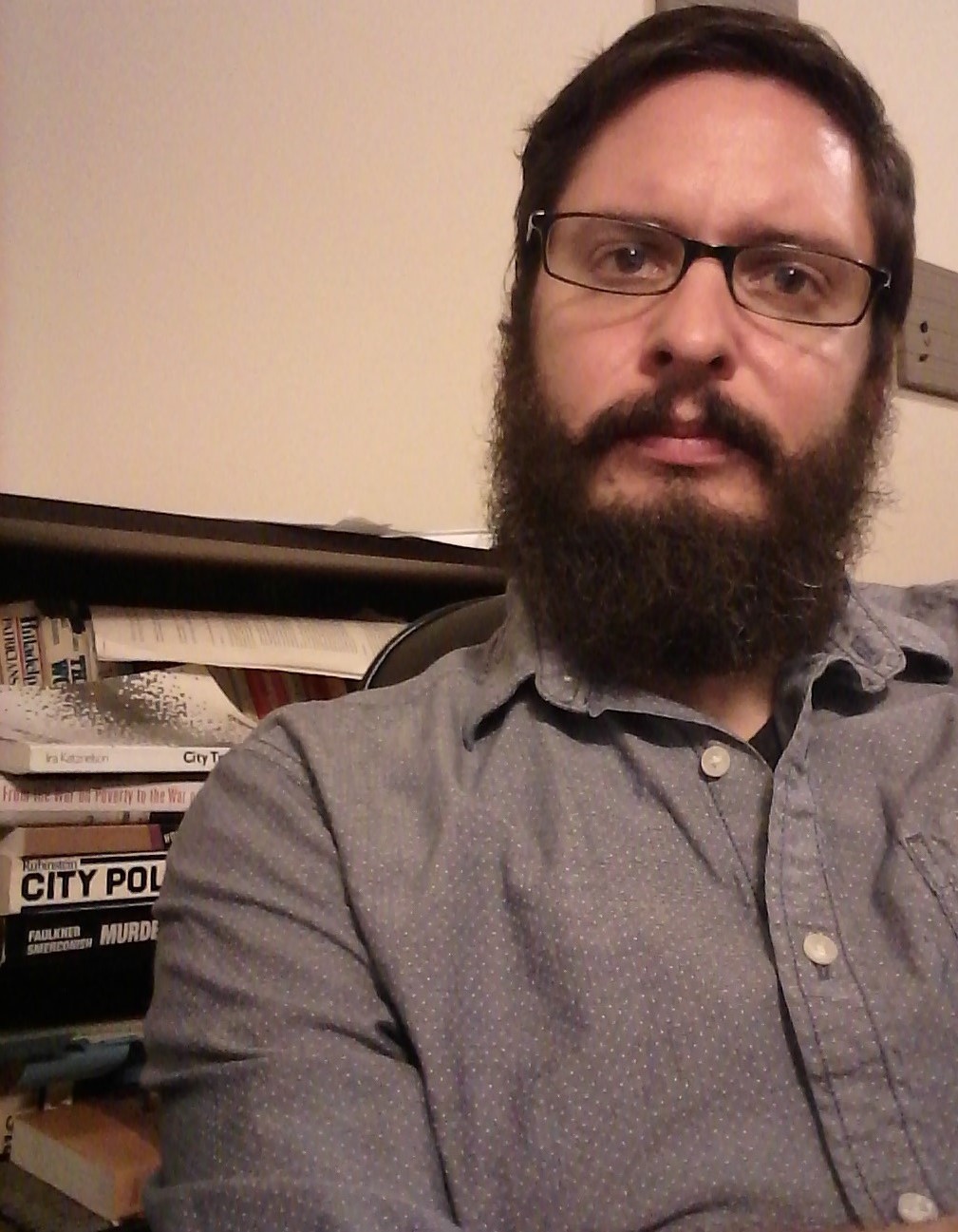 Born and raised in Philadelphia, Pennsylvania, he spent his formative years in his hometown and remains a Philadelphian at heart. He earned both his Bachelors and Masters Degrees at Temple University before leaving the City of Brotherly Love for small-town Indiana to pursue a Ph.D. in American history at Purdue University. After finishing his doctorate, Dr. Lombardo spent several years as a quasi-nomadic academic in the Midwest, where lived for short spells in Indianapolis and Grand Rapids, Michigan and taught history at Indiana University-Purdue University at Indianapolis and Grand Valley State University.

Dr. Lombardo’s hometown mind as he followed his academic career from one new strange place to another. In 2018, he published Blue-Collar Conservatism: Frank Rizzo’s Philadelphia and Populist Politics as part of their Politics and Culture in Modern America book series. Combining his interests in modern American urban, social, and political history, his first book focuses on the white ethnic and working-class supporters of Frank Rizzo—Philadelphia’s controversial police commissioner turned mayor in the 1960s and 1970s—and their engagement with the interwoven politics of law enforcement, school desegregation, affirmative action, and open housing. His work on modern American urban and political history has also appeared in the Journal of Urban History, the Journal of Social History, the Journal of American History, as well as The Washington Post.

Dr. Lombardo is continuing his work on the confluence of urban and political history in a new book project on the effect of the craft beer industry on recent urban redevelopment. Tentatively titled “Beer Cities: How Craft Brewing Remade Urban America,” Dr. Lombardo won a Summer Stipend from the National Endowment for the Humanities to support this research into the process of urban renewal and gentrification through private, small-business revitalization.