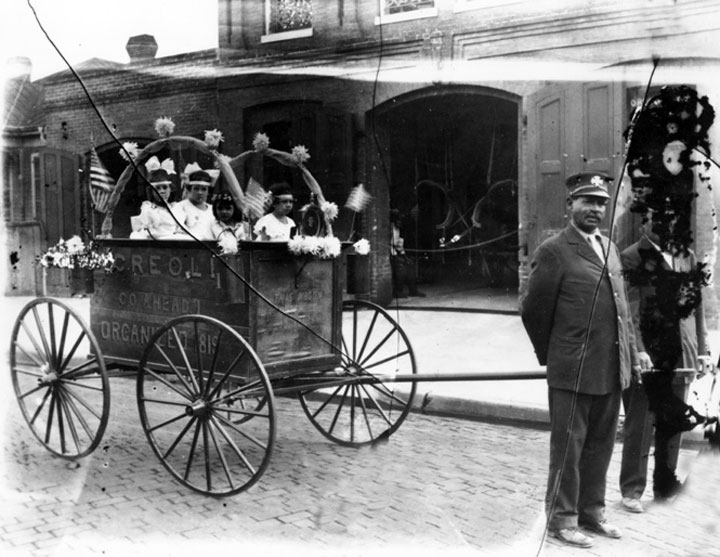 The Creole No. 1 was Mobile's first volunteer fire company, having been established in 1819. Here the group commemorates its 100th anniversary in 1919. In the wagon are Thelma Johnson, Eoline Scott, and Ethel Mae Smith. Erik Overbey Collection. Negative: C-7004 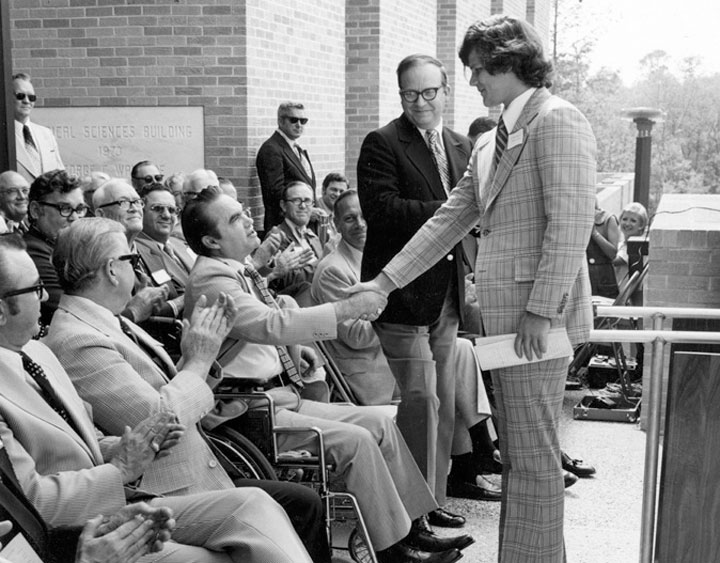 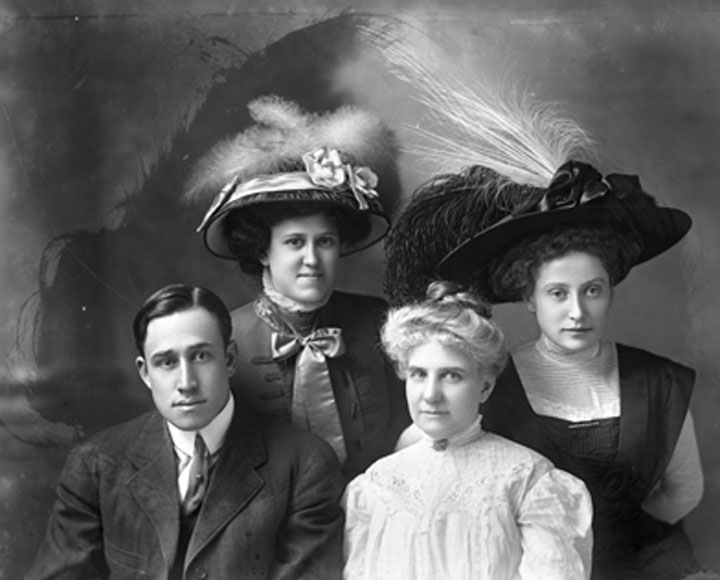 The G. B. Clark family about 1900.
Erik Overbey Collection. Negative: G. B. Clark 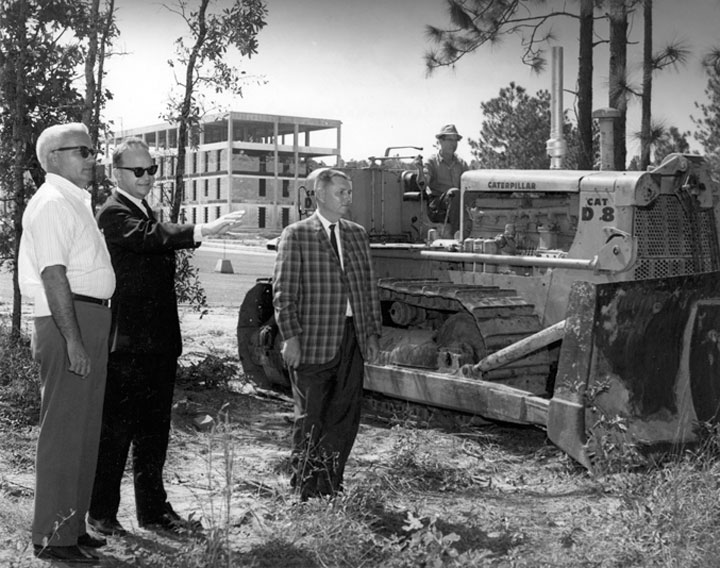