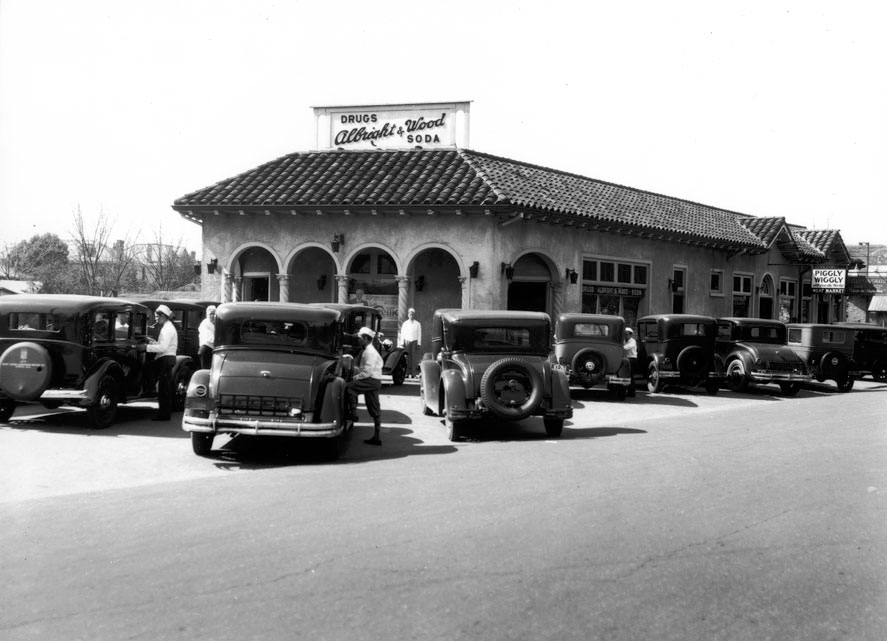 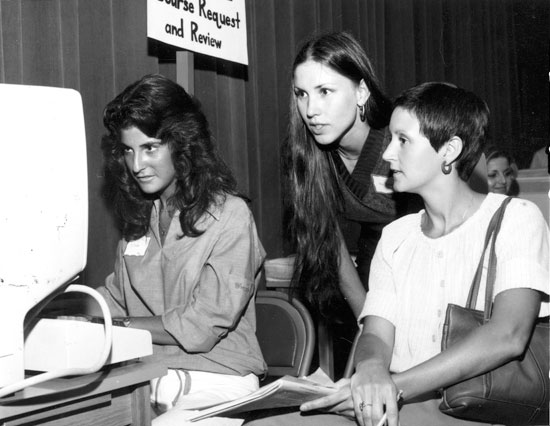 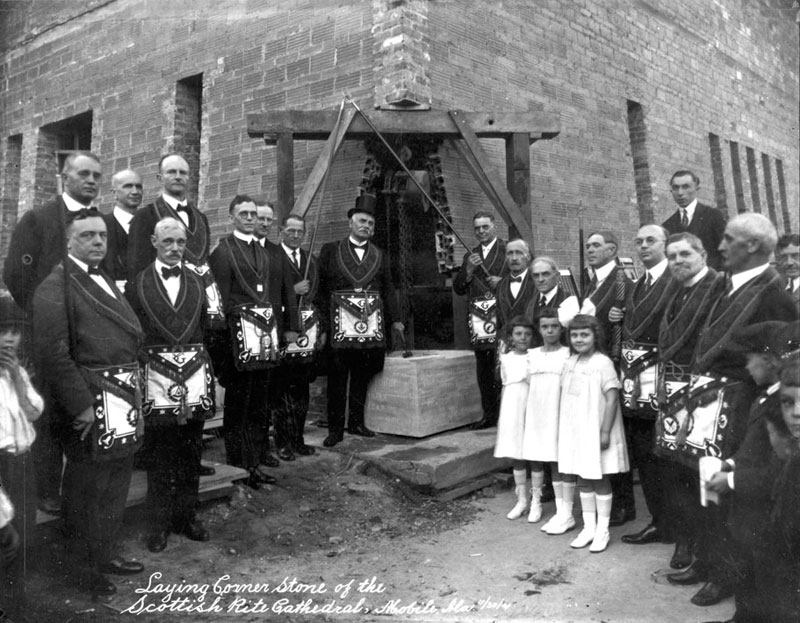 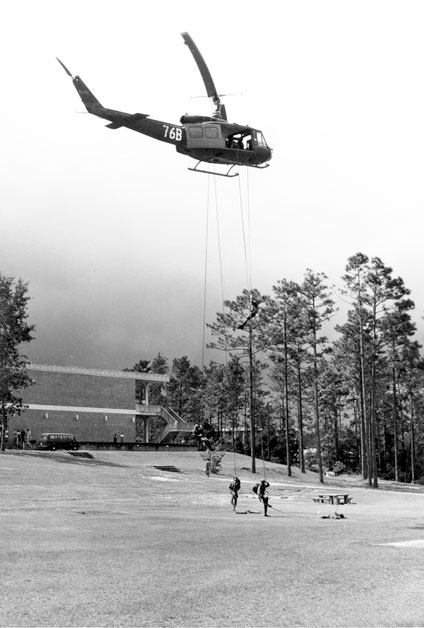 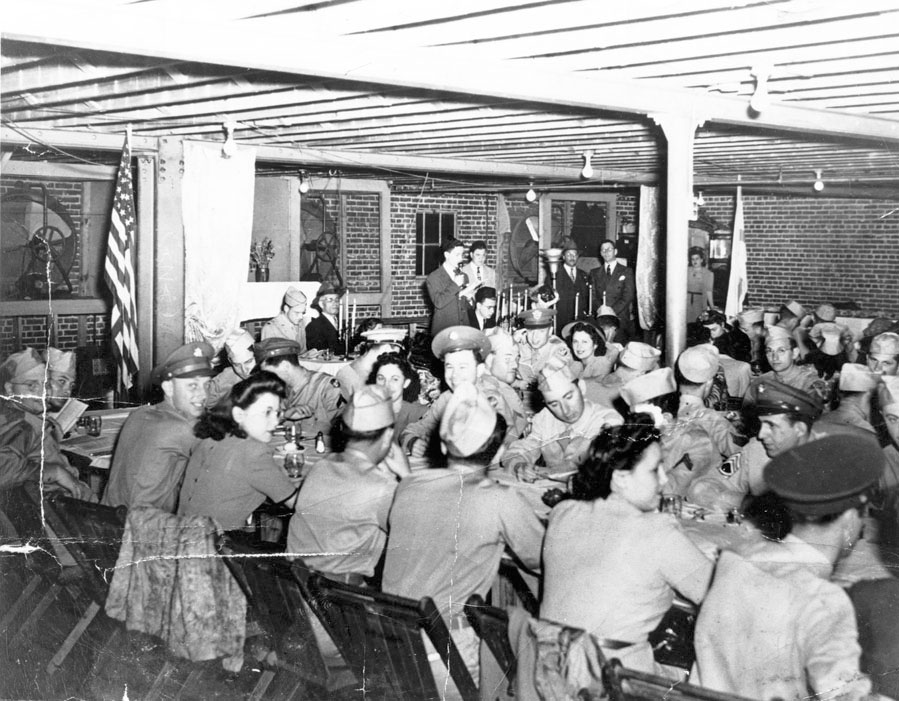 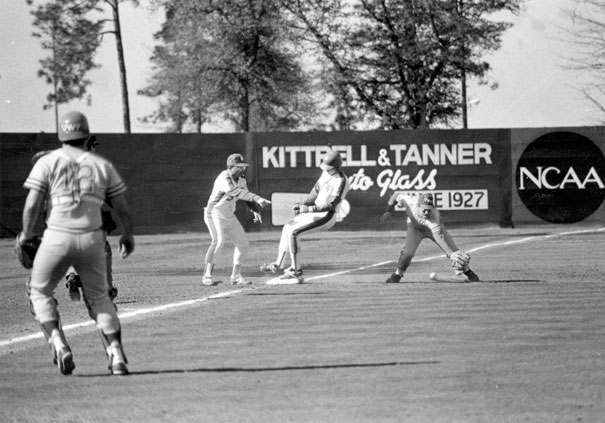 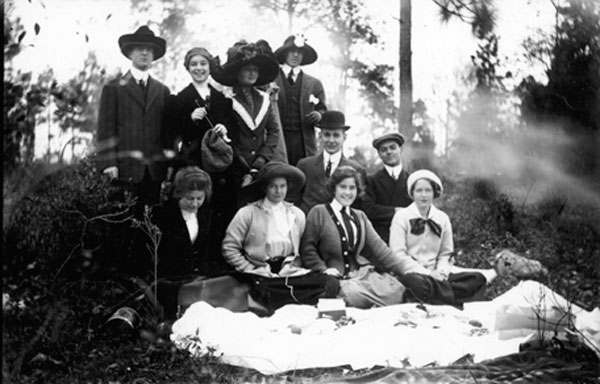 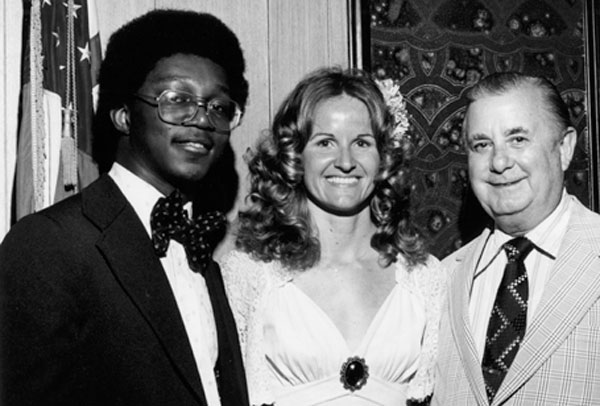 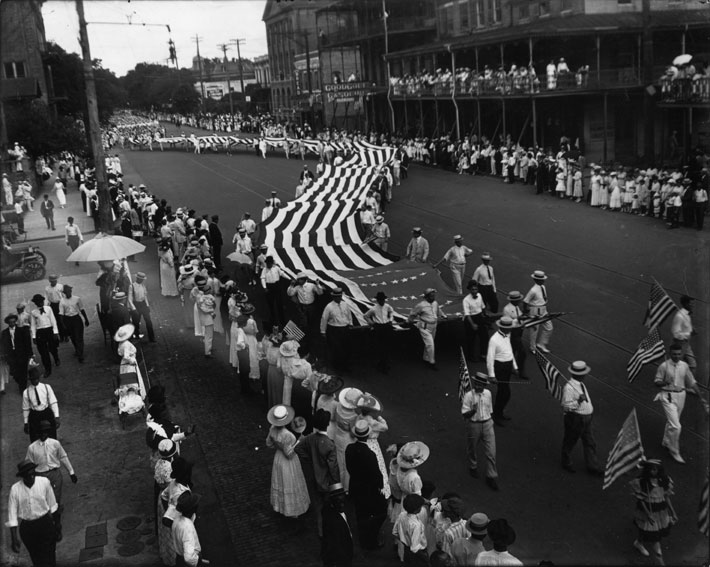 A World War I preparedness rally marches down Government Street on July 4, 1916. These people seem completely unaware that a hurricane would strike the city the next day.
Erik Overbey Collection. Negative: C-4048 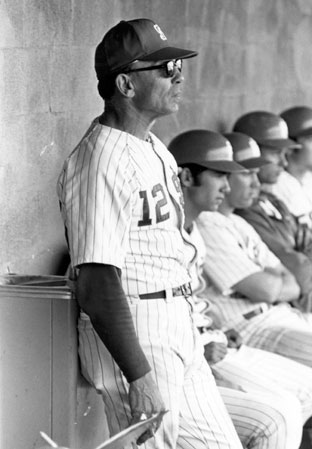 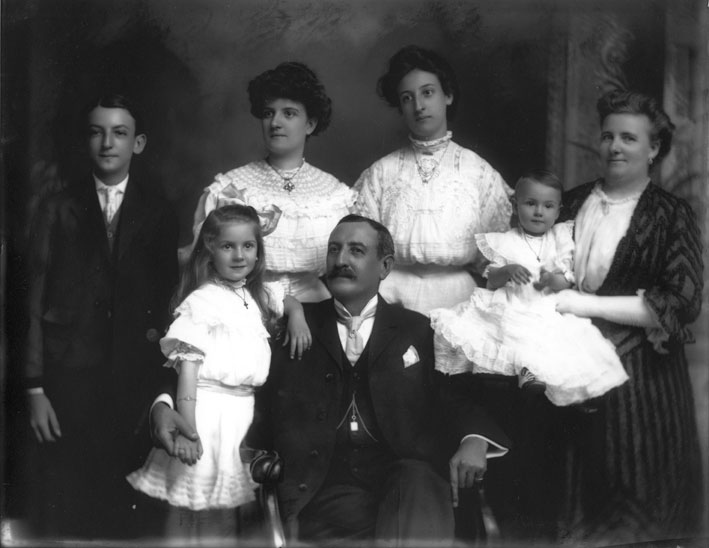 Members of the Louis M. Moragues family around 1900. Moragues was the Brazilian consul to Mobile, as well as the vice-president of American Mahogany and the treasurer of the Spanish Benevolent Association. Erik Overbey Collection. 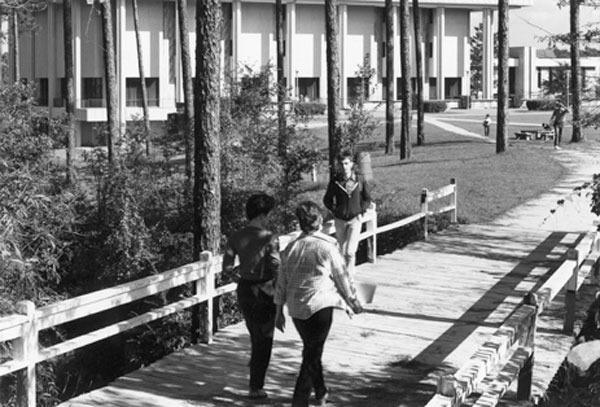 In this 1984 photo, students cross the bridge separating the humanities building from the Marx Library. The library can be seen in the background.
University of South Alabama Public Relations Collection. 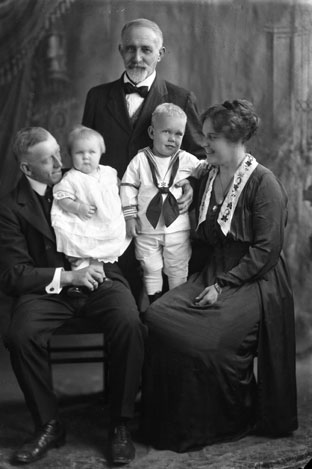 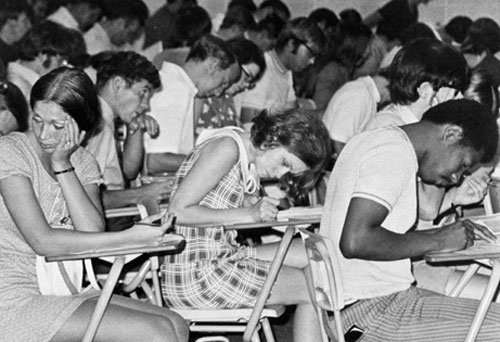 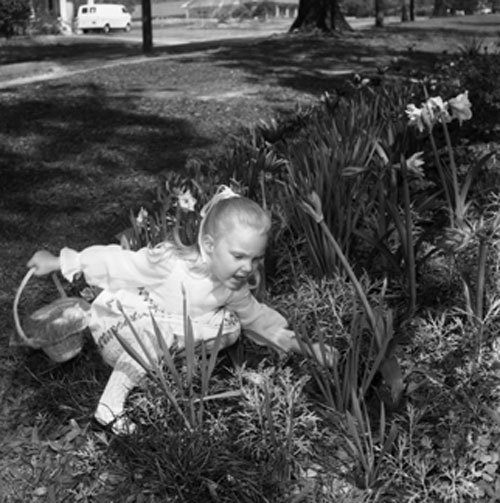 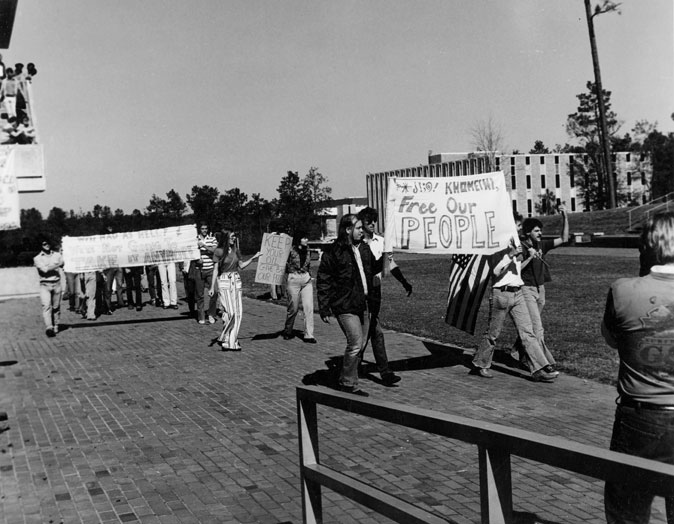 USA students protest the Iranian government after the taking of American hostages there in 1979. The signs read: "Mad as hell. We're not going to take it anymore," "Keep your oil, give back our people," and "#*j!;@! Khomeini, Free our people."
University of South Alabama Public Relations Collection. Negative: 79-1034-1 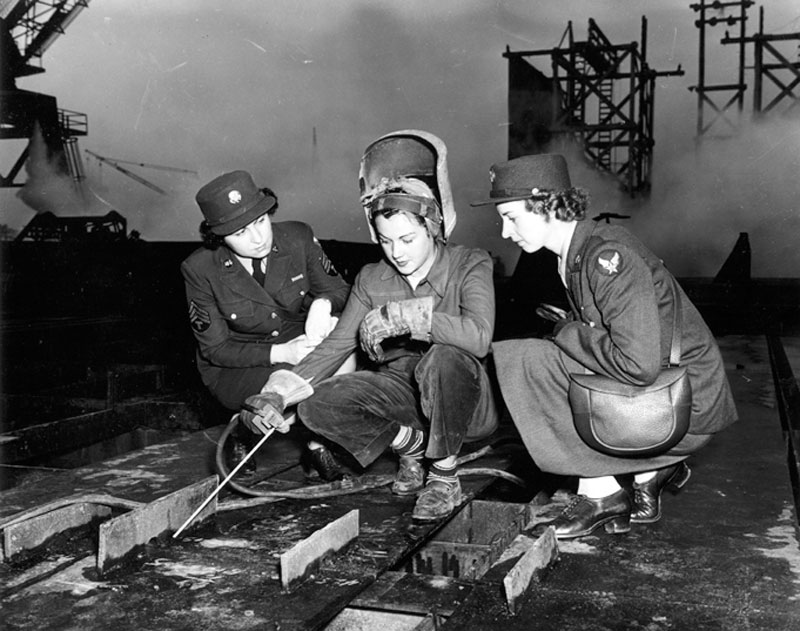 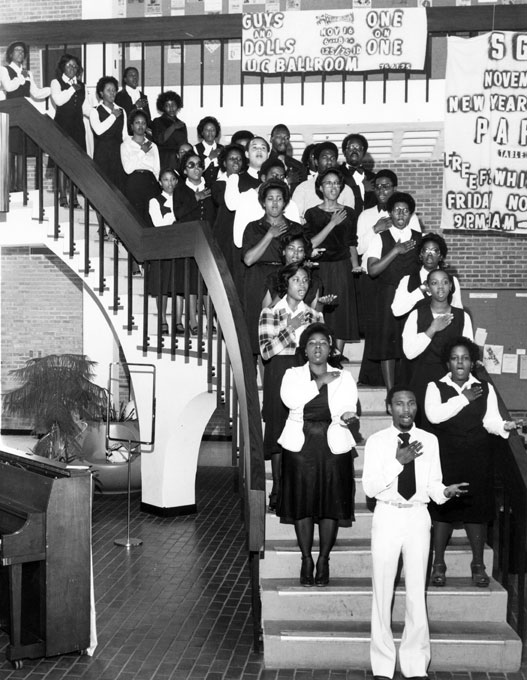 The university's black student union choir performs on the stairs inside the old student union building in 1979. Do you know who any of these people are? If so, let us know! Vanguard Photograph. Negative: C-18,130 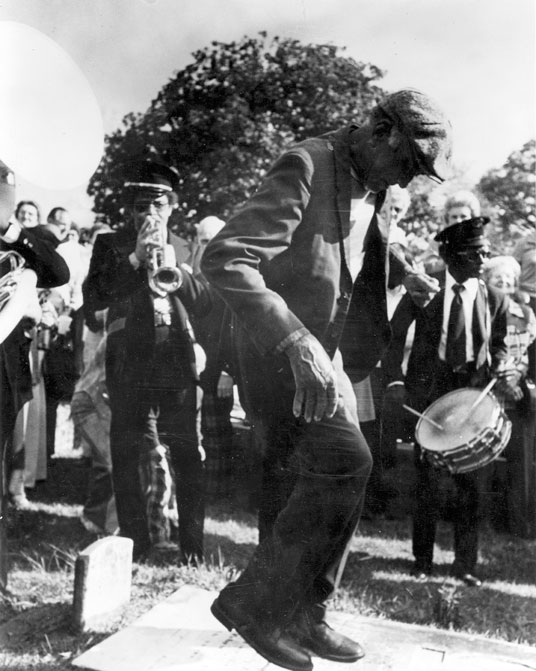 As the renowned Excelsior Band plays, an unidentified man dances on the grave of Joe Cain during the first Joe Cain Day celebration in 1967.
Photo courtesy of Clarence Keller. Negative: C-4201 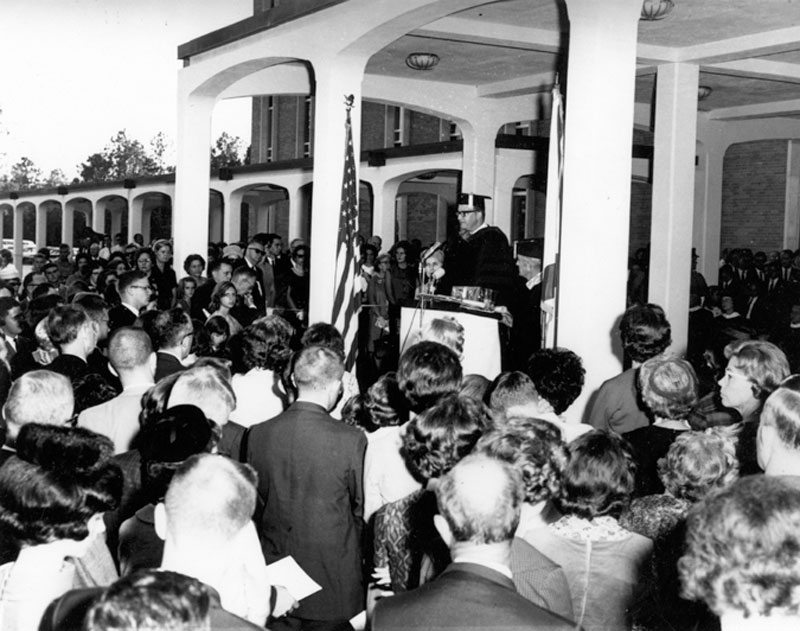 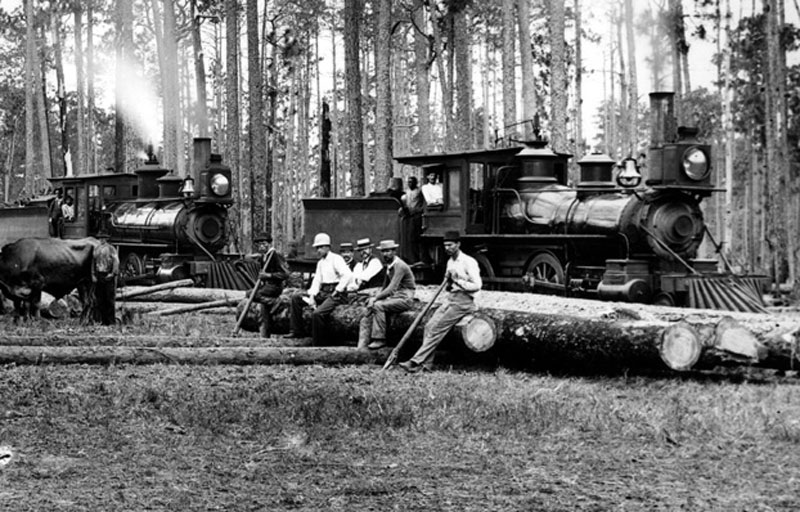 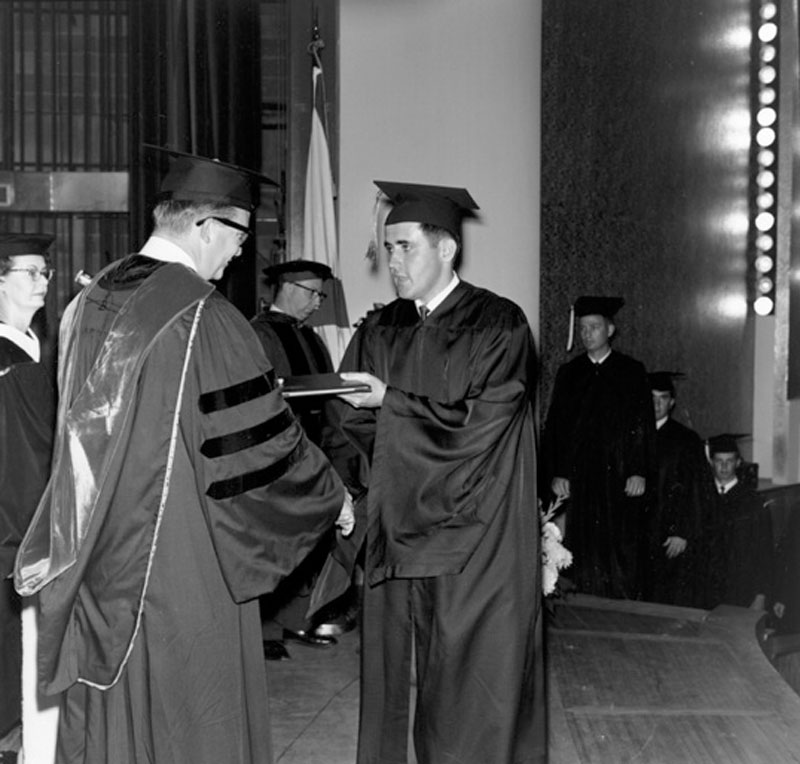