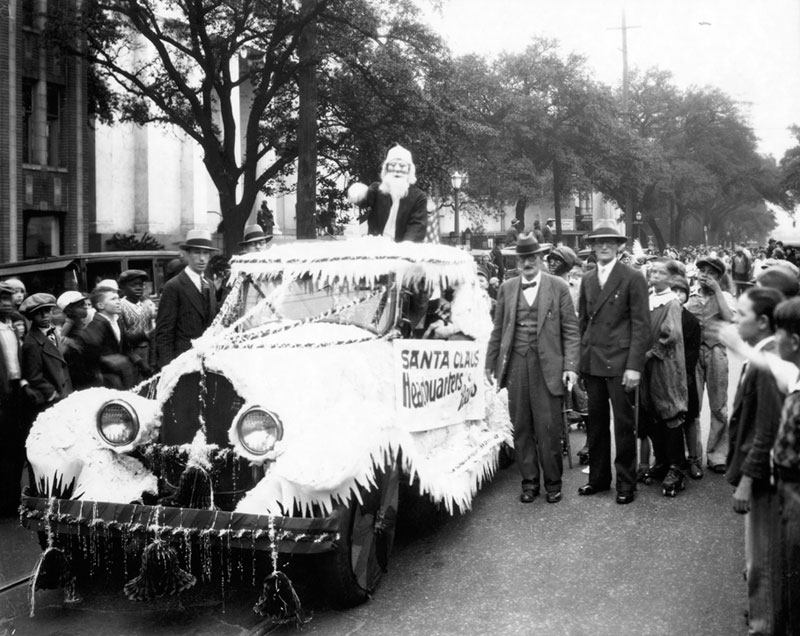 The Reiss Mercantile Company held an annual Christmas parade as a promotional event for their toy department. This one, circa 1925, rolls up Government Street past the Government Street Presbyterian Church.
Erik Overbey Collection. Negative: N-4267.

Students celebrate the results of the SGA elections inside the student center, April 24, 1980.
University of South Alabama Public Relations Collection. 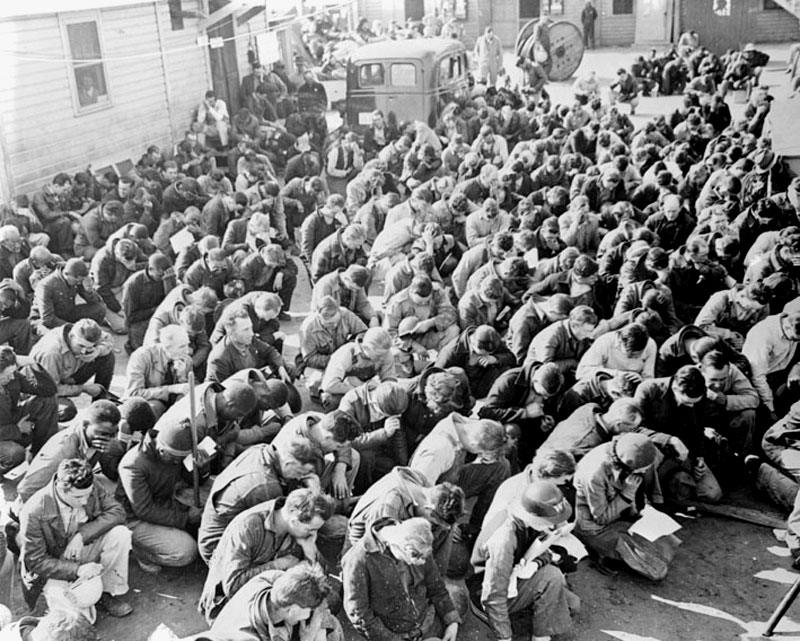 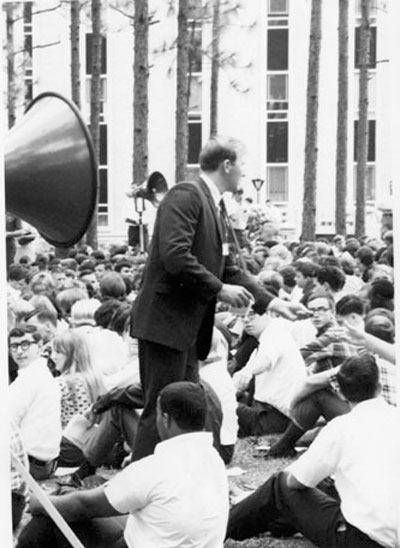 USA students in front of the Whiddon Administration Building during a political
rally in 1968.
University of South Alabama Public Relations Collection. 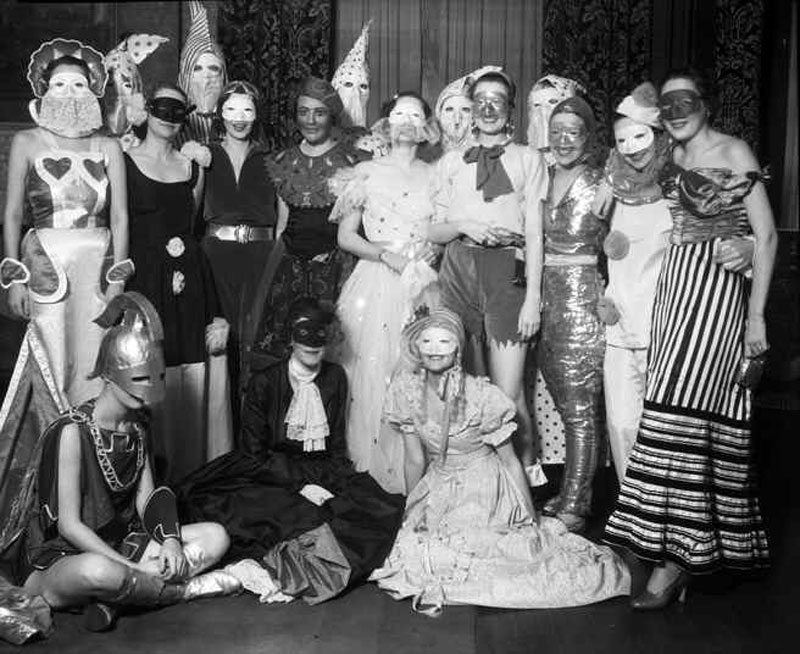 Trick or Treat! Whether ghost or ghoul, angel or devil, ballerina or racecar driver, we all love to dress up for Halloween—just as these people did 90 years ago.
Erik Overbey Collection. Negative: N-4231A. 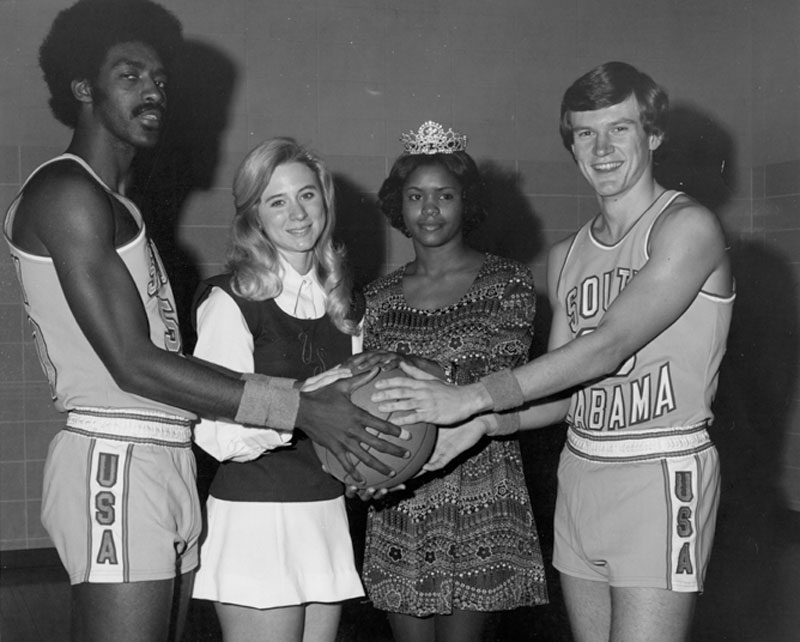 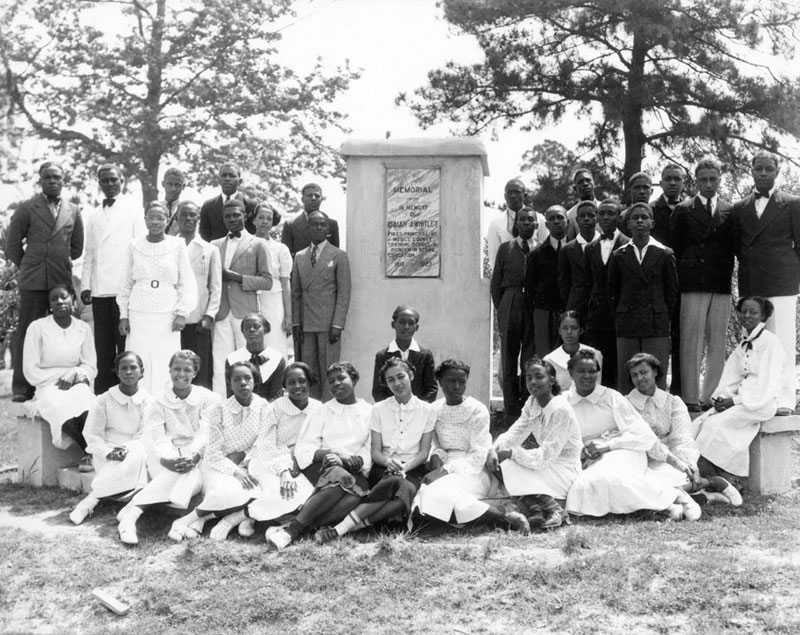 August is back-to-school month. These children attended the Mobile County Training School, a segregated school for Mobile's African Americans. They posed for this photograph in front of a monument honoring the school's first principal, Isaiah Whitley, in 1937. Most of the children are identified.
Erik Overbey Collection. Negative: N-2602. 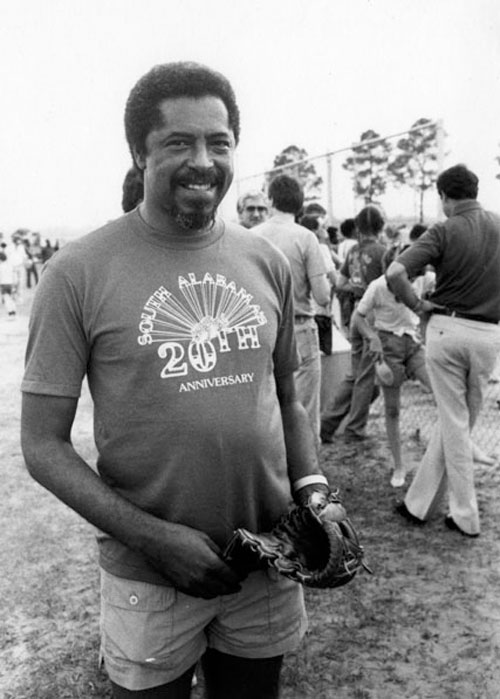 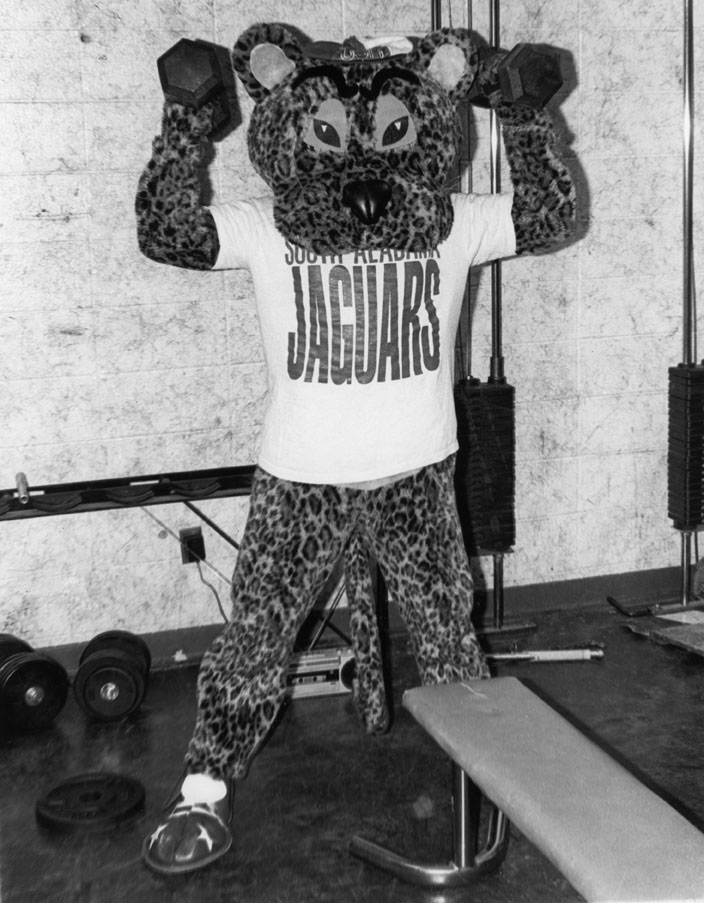 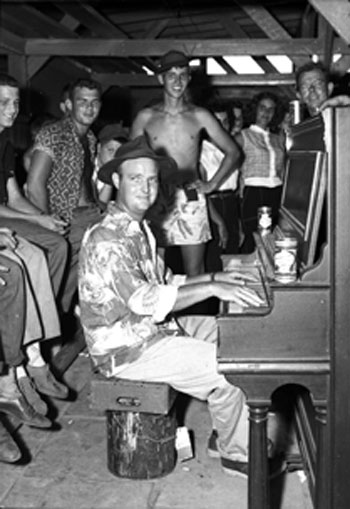 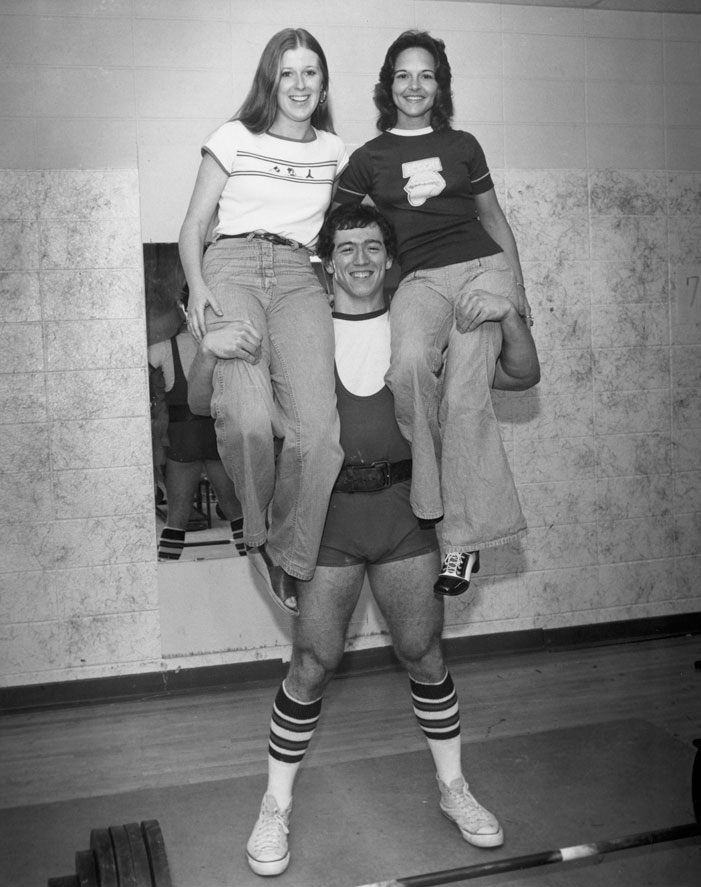 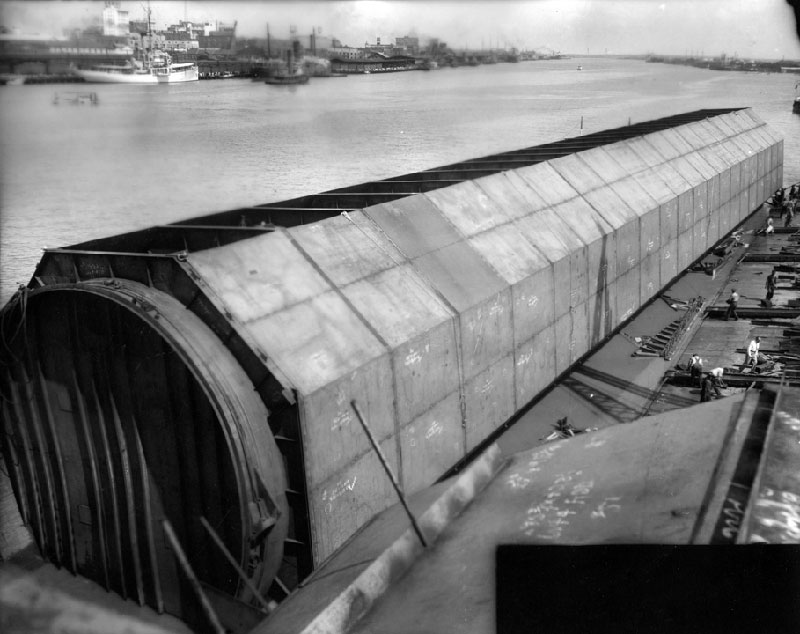 Men launch one of the tubes that make up the Bankhead Tunnel, 1940. The tube would be floated down river and then sunk into place.
Erik Overbey Collection. Negative: N-221. Two men gaze at equipment during a College of Engineering open house, 1981. The college has recently moved into new headquarters in the Shelby Building.
University of South Alabama Public Relations Collection. 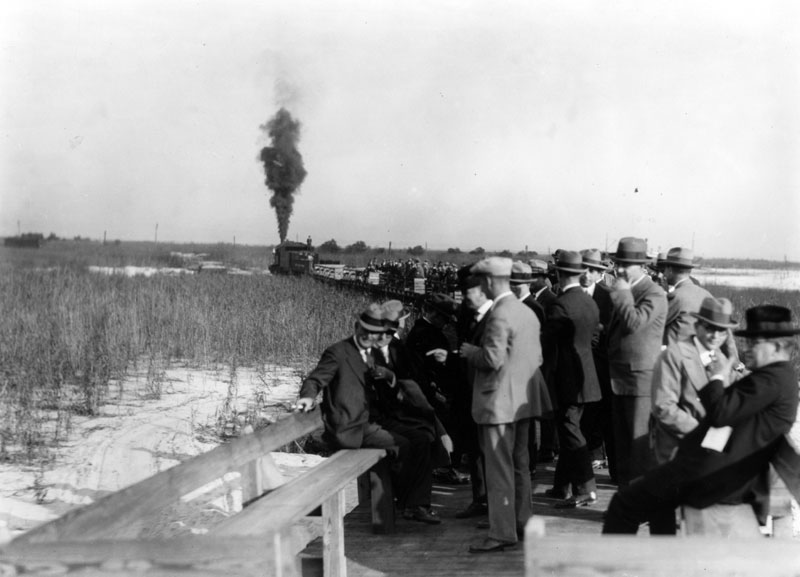 A group of men relax as a train takes them away from what was probably the dedication of the Alabama State Docks in the late 1920s.
Erik Overbey Collection. Negative: N-4122. 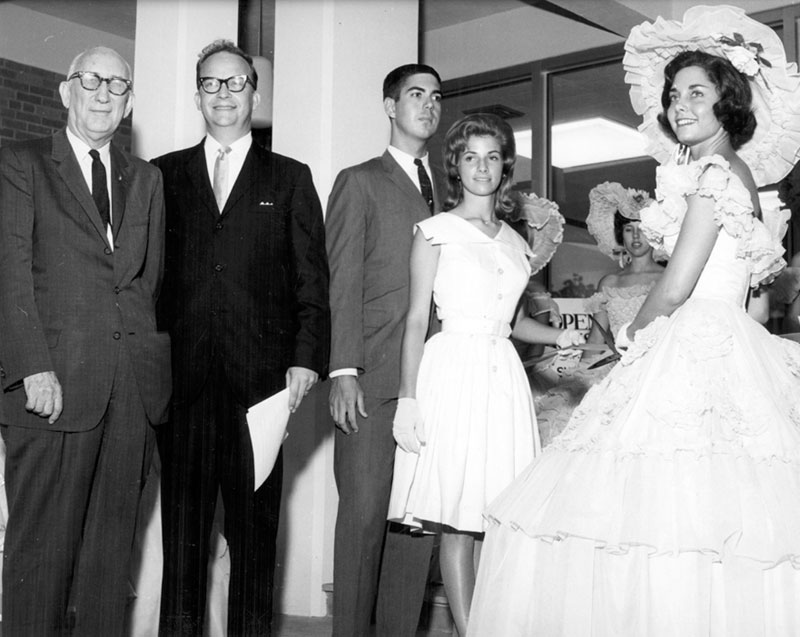 This group poses at the dedication and open house for the University of South Alabama in June 1964. At the far left is Ernest Cleverdon, then a member of the board of trustees. Next to him stands the university's president Frederick Whiddon. An Azalea Trail maid can be seen on the far right.
University of South Alabama Public Relations Collection.

National Furniture Store stood on the southeast corner of Dauphin and Jackson in the 1940s. The store's address was 225 Dauphin and C. T. Bugg was its manager. Near it were George's Candy Shop and Joyce's Jewelry Company.
Erik Overbey Collection. Negative: C-1118. 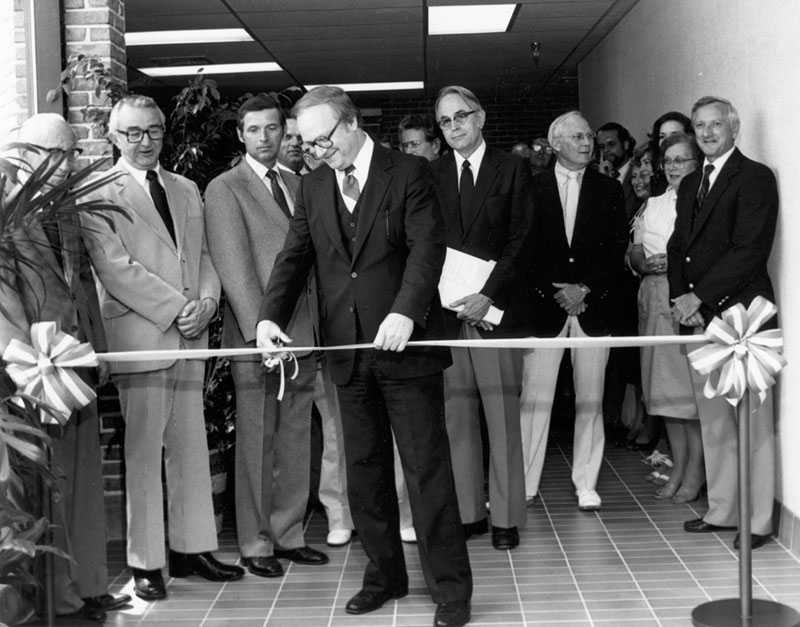 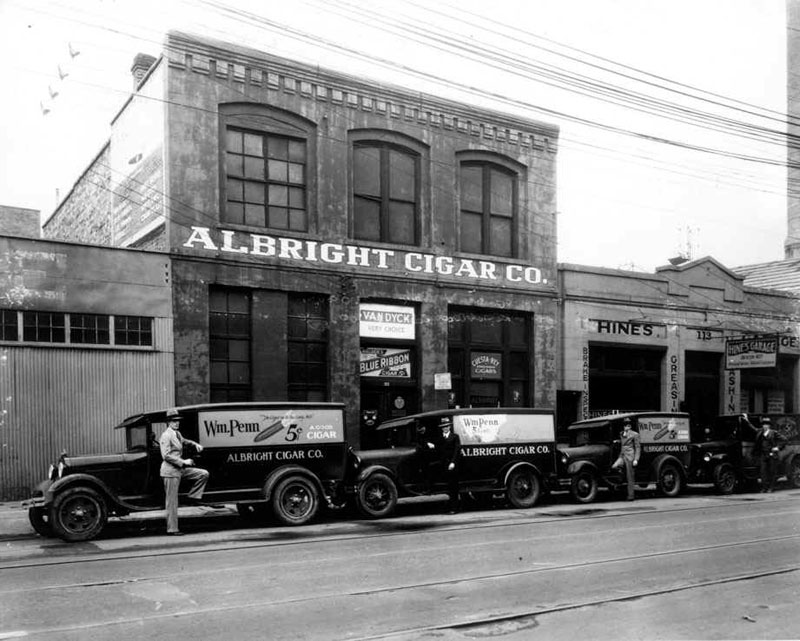 USA president Frederick Whiddon poses with members of the university's board of trustees. From left to right around the table are: Harry Sonneborn, Monty Collins, Ernest Cleverdon, Frederick Whiddon, Antoinette Watson, and L. W. Brannan. Standing from left to right are: Aubrey Green, Arthur Cook, Charles Wood, and Ed Dannelly. The photo was taken on November 10, 1976.
University of South Alabama Public Relations Collection.