The Civil Rights Movement in Mobile

People the world over have heard of Martin Luther King Jr., the dogs and water hoses of Birmingham, and the Bloody Sunday events of Selma. Few, however, have heard of John LeFlore, Joseph Langan, or Albert Foley, or of the bombing of LeFlore's home or the protests over segregated seating in Mobile.

Presented below are a few of the photographs and images that tell the story of the African American struggle in the Deep-South port city of Mobile, Alabama.

Civil rights activist John L. LeFlore was born in Mobile in 1903. In 1925, he reorganized the city’s insolvent NAACP Branch and inaugurated a fifty-year career of service to African Americans in Mobile. LeFlore recruited Vivian Malone to desegregate the University of Alabama, Birdie Mae Davis to desegregate the city's schools, and Wiley Bolden to change the city's form of government. He died of a heart attack in 1976.

A 1957 campaign bumper sticker of E. C. Barnard, leader of the local Ku Klux Klan. Barnard ran against Joseph Langan, who was, at the time, a racial progressive.

African Americans in Mobile were expected to adhere to segregation laws and customs, just as they were required to all over the South. This 1935 photo shows the segregation signs aboard the Alabama Dry Dock and Shipbuilding Company's ferry. Erik Overbey Collection. 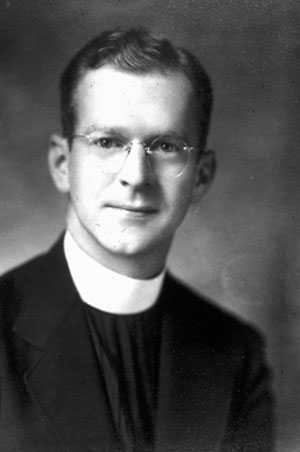 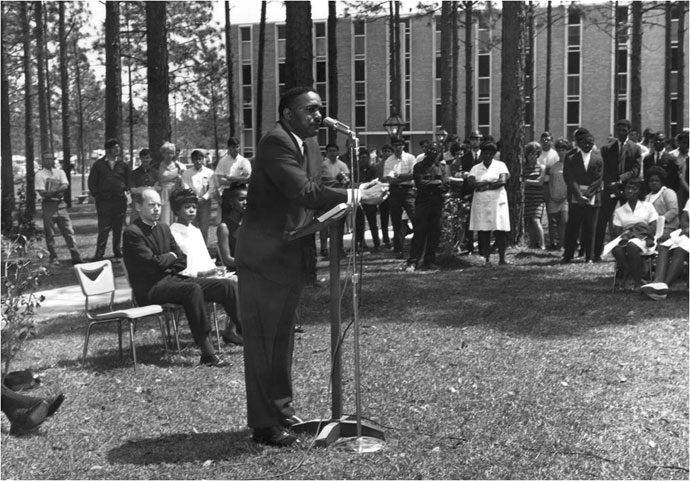 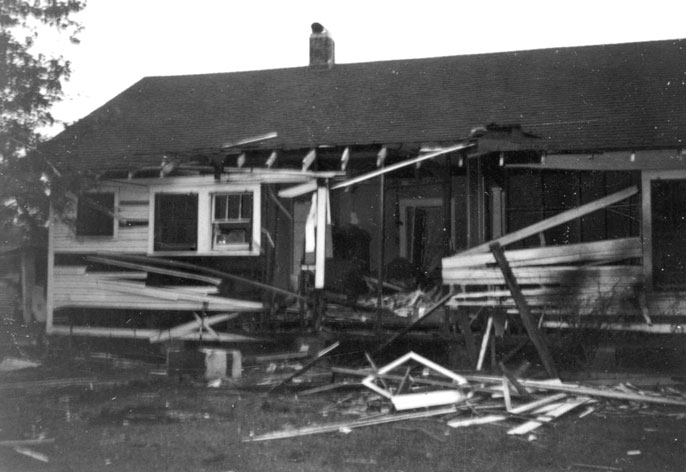 The aftermath of a bomb that destroyed LeFlore’s home in 1967. Luckily no one was injured. LeFlore was secretary of the Mobile NAACP until 1956 when the organization was briefly banned from operating in the state. He was also director of casework for the Non-Partisan Voters League. 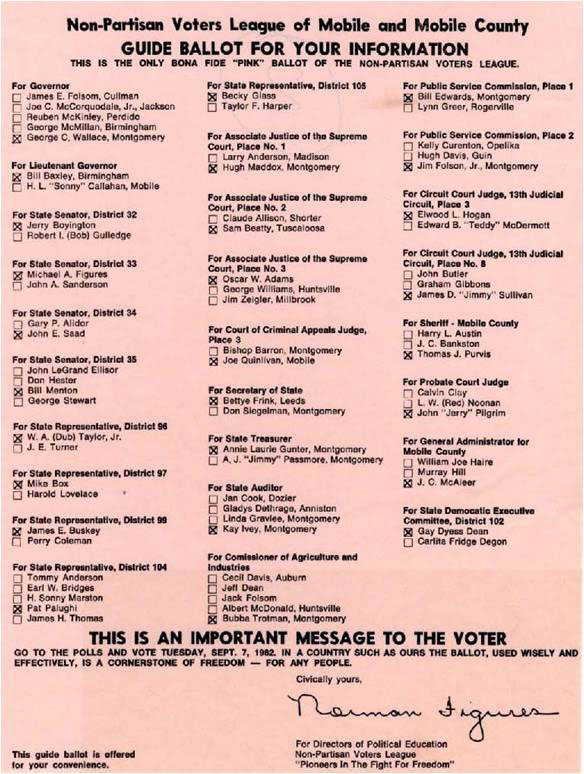 A Non-Partisan Voters League pink sheet. The NPVL used the pink sheets to influence city and state elections. The sheets left no doubt for whom the League wanted Mobile's black population to vote. From 1953 to 1965, the NPVL's choice of candidate always carried the city’s African American vote. Ironically, on this sheet, from 1982, the NPVL has selected George Wallace as its preferred gubernatorial office seeker. 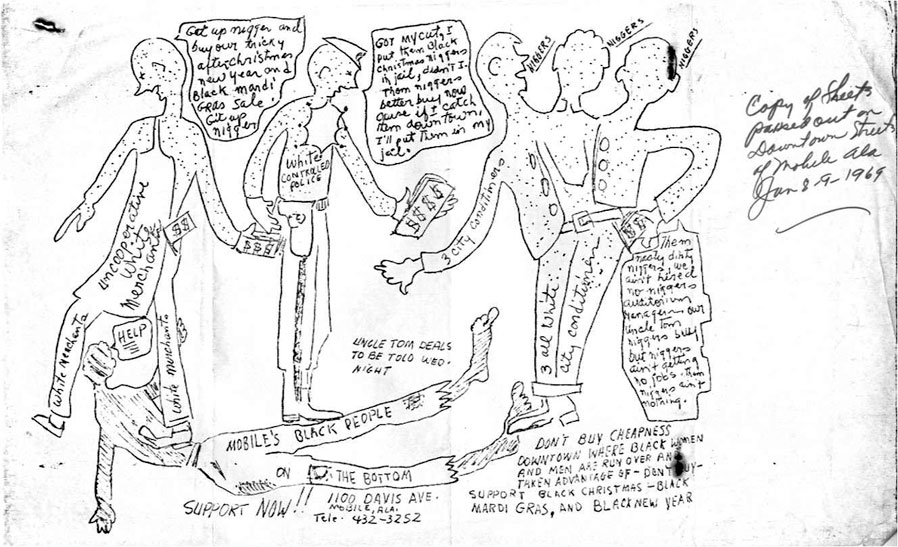 A broadside from the Neighborhood Organized Workers (NOW). NOW rejected the tactics of the NPVL and John LeFlore—that of working within the white power structure. They wanted the city's black residents to rely on their own economic strength and independence. In doing so they echoed many of the sentiments of those who led the larger Black Power movement. While the language is crude, this circular drove home the point that white merchants kept black shoppers at their mercy. 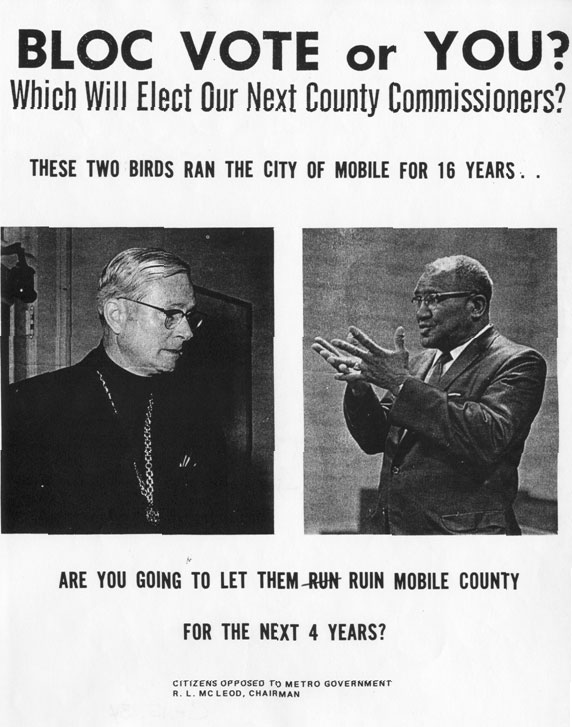 By 1969 attitudes about the Pink Sheet campaign among Mobile's white community and NOW members had converged. In the city commission campaign that year, whites used racial imagery to successfully link Langan to John LeFlore and NOW decided to boycott the election altogether. The effectiveness of the Pink Sheet was severely hampered and Langan went down to defeat. 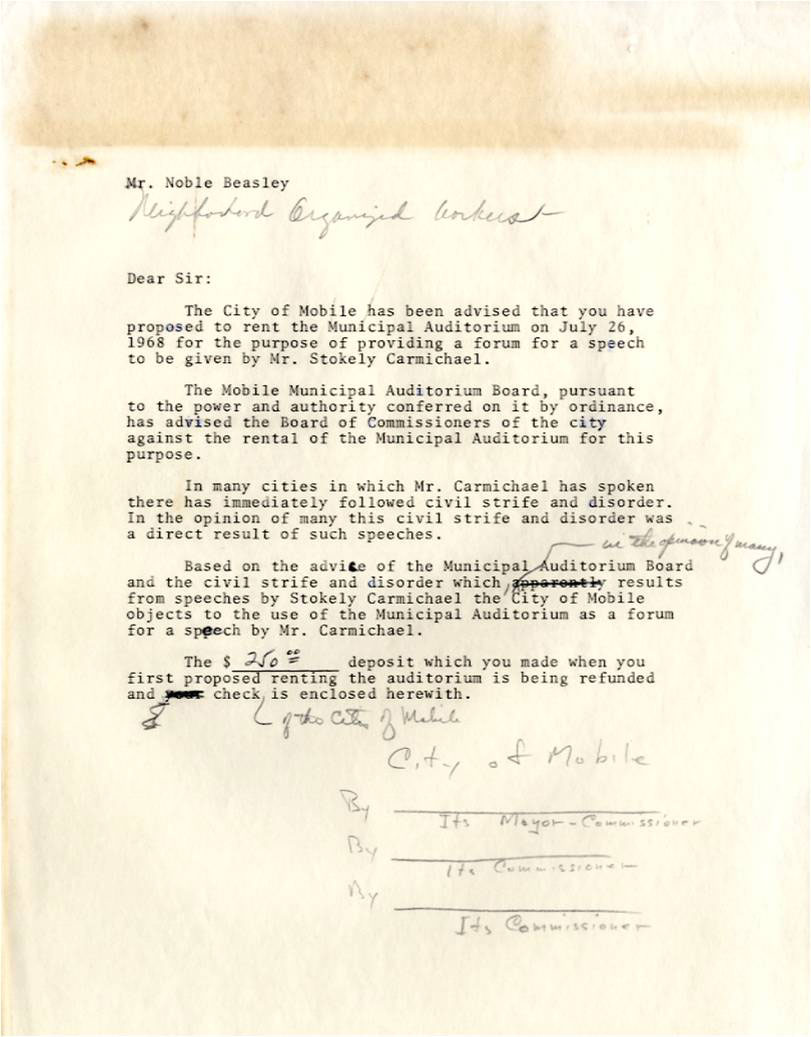 The year before NOW's election boycott the group invited Black Panther prime minister Stokely Carmichael to Mobile to deliver a speech. This image shows a draft of a letter sent from city commissioners to NOW president Noble Beasley in which the city rescinded NOW's ability to rent an auditorium for the speech. In 1969 Carmichael moved to Guinea, where he died at the age of 57 in 1998. Lambert C. Mims Papers. 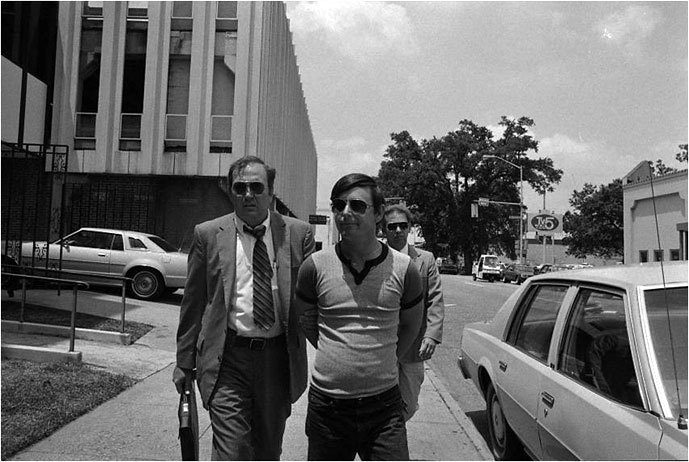 Henry Francis Hays escorted by police after his arrest for the murder of Michael Donald. Hays was executed by the state in 1997. Azalea City News Collection.

Article from the local paper reporting on the Donald lynching. Mobile Press Register. 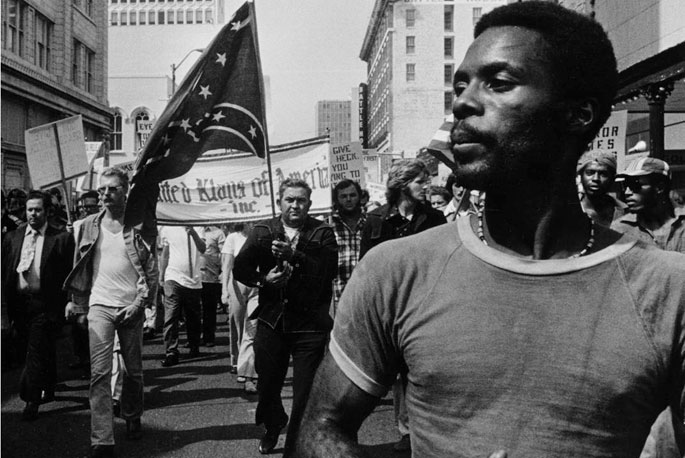 A black man proudly walks in front of a Ku Klux Klan rally. The marchers paraded down Royal Street after the death of Michael Donald. Photo by Dave Hamby.