The Katharine Crampton Cochrane Papers contain material ranging from the pre-American Civil War period through the first half of the twentieth century. The material came from the estate of Mrs. John T. Cochrane, nee Katharine Crampton, and contains a considerable amount of material on Mrs. Crampton's family including Dr. Guy Chester Crampton, Katharine's step-brother. Personal letters between the two fill several files, and date from the early 1900s through Dr. Crampton's death in 1951. There is also correspondence between Katharine and Guy and other family members, especially their parents. The files are very family oriented, with detailed family histories of the Crampton line. There is also correspondence between Katharine and John T. Cochrane Sr., before and after their marriage. The collection is housed in 11 boxes. This glimpse into the papers features photographs, textual material, and artifacts. The finding aid is available on this web site.

Katharine Crampton Cochrane (d. 1992), a lifelong resident of Mobile, was a community leader and arts patron. She was the second wife of John Taylor Cochrane and step-sister of Guy Chester Crampton.

John Taylor Cochrane (1874-1938) was one of the foremost industrialists and public men of Alabama. He was twice president of the Mobile Chamber of Commerce. During one of these terms he organized a movement to build a ten-mile bridge across the headwaters of Mobile Bay. At the time of his death he was president of the Alabama, Tennessee & Northern Railroad Corporation. Born in Tuscaloosa, he attended the University of Alabama for two years. His first wife, Alice Searcy, died in 1922. In 1925 he married Katharine Crampton of Mobile. He had two sons by the first marriage, John T. Cochrane Jr. and George Searcy Cochrane.

Guy Chester Crampton (1881-1951), a distinguished entomologist, was Katharine Crampton Cochrane's step-brother. He was the son of Dr. O. L. Crampton and Cleffey B. De la Tourette Crampton. Born in Mobile, he received the A.B. degree from Princeton, M.A. degrees from Cornell and Harvard, and his doctorate from the University of Berlin. He taught at Massachusetts Agricultural College (now the University of Massachusetts) from 1911 to 1947.

Orson Lucius Crampton, a physician and graduate of Bellevue, 1865, resided in Mobile. He was the father of Guy Chester Crampton and Katharine Crampton Cochrane 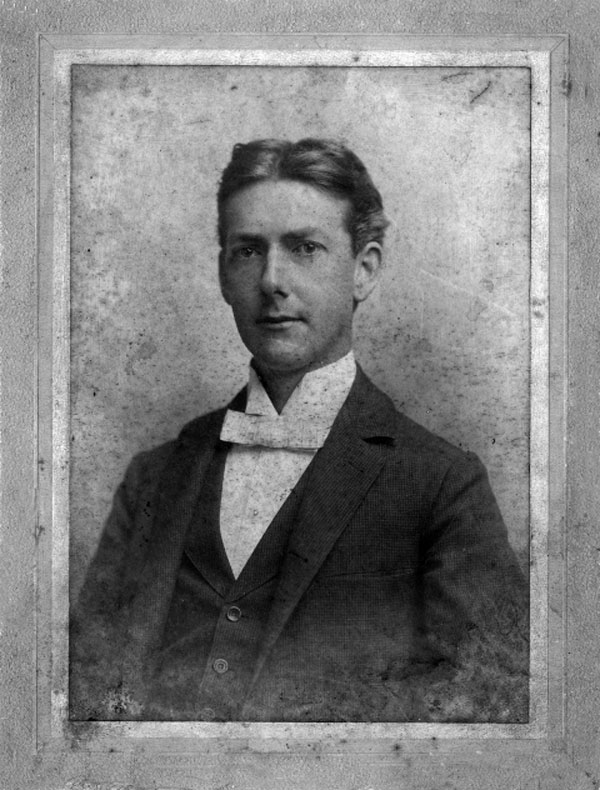 This photo of John T. Cochrane was in taken in October 1896, while he was a student at the University of Alabama. 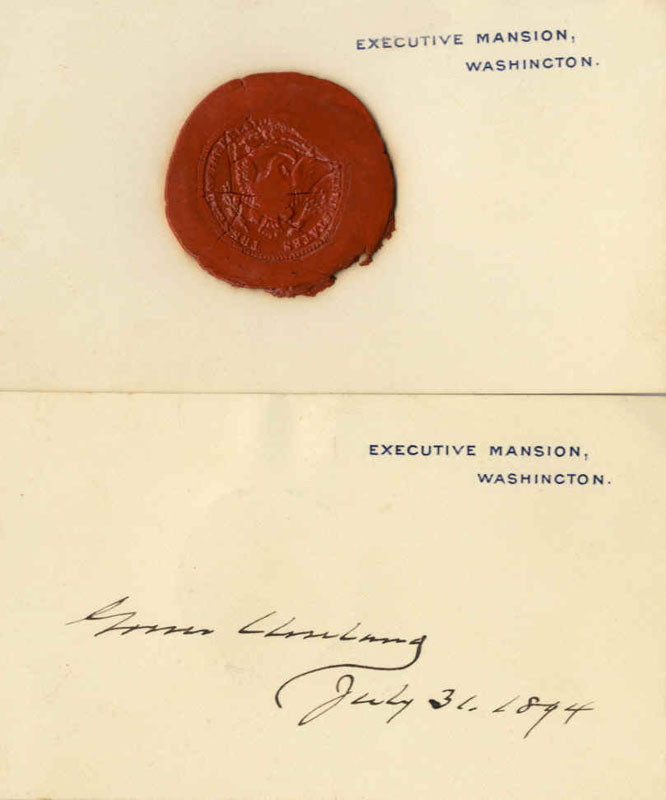 The top card shows the Great Seal of the United States. The bottom one was signed by President Grover Cleveland and presented to someone in the Crampton family in 1894. The cards are stamped "Executive Mansion," which the White House was known as before 1902. 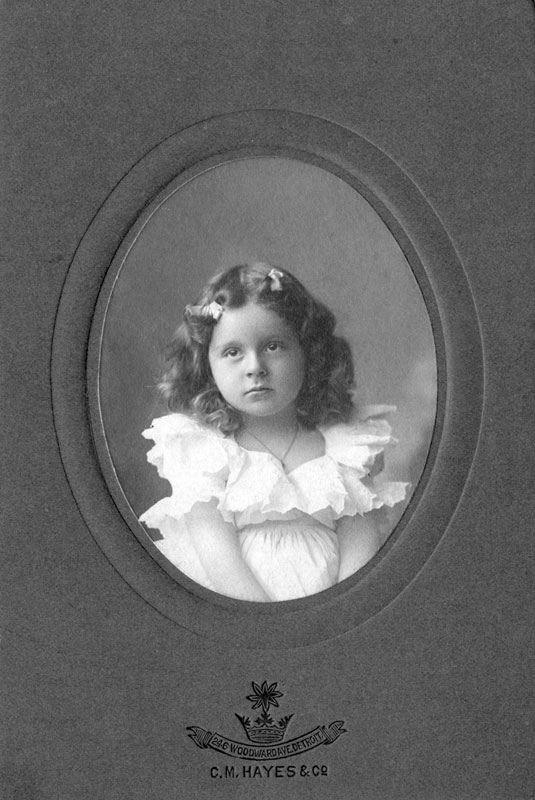 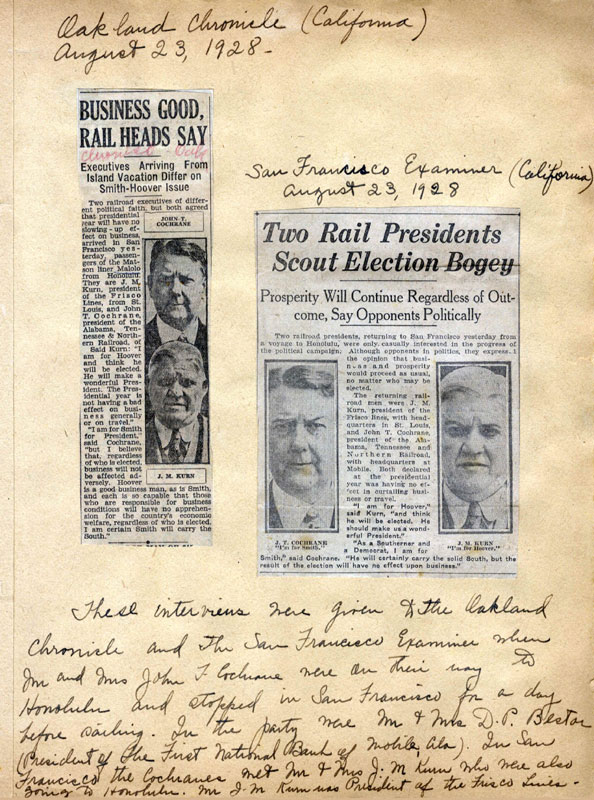 A page from one of the Cochrane scrapbooks. 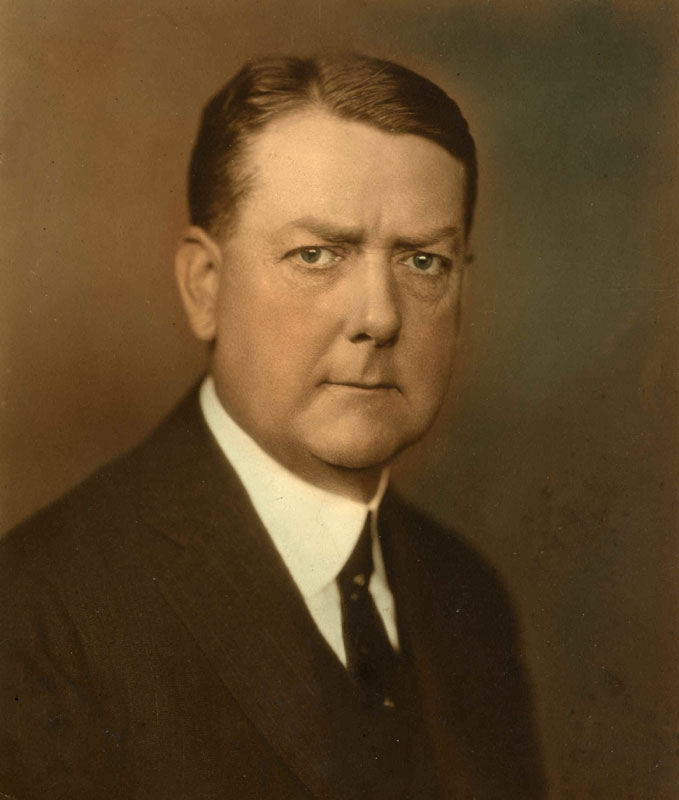 The Cochrane Bridge was a conduit for travel between Mobile and the Eastern Shore. It was completed in 1927. 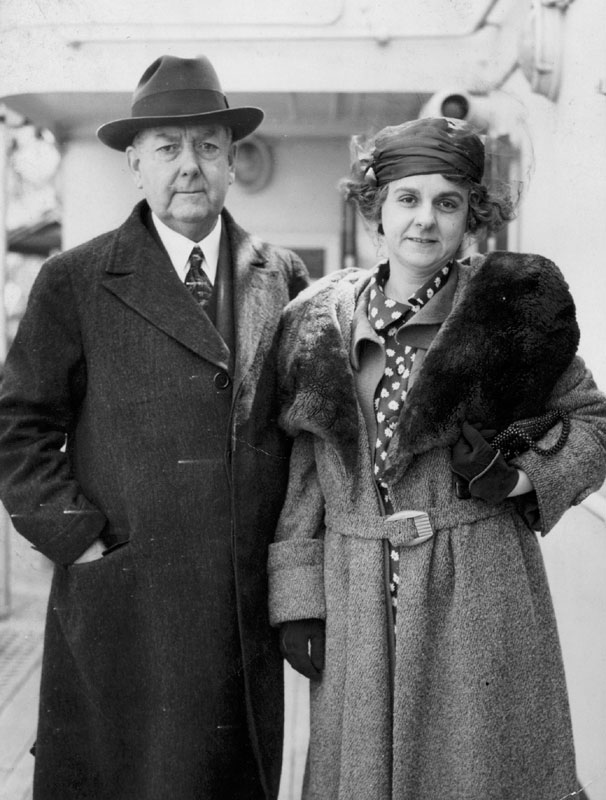 The Cochranes were married in 1925. 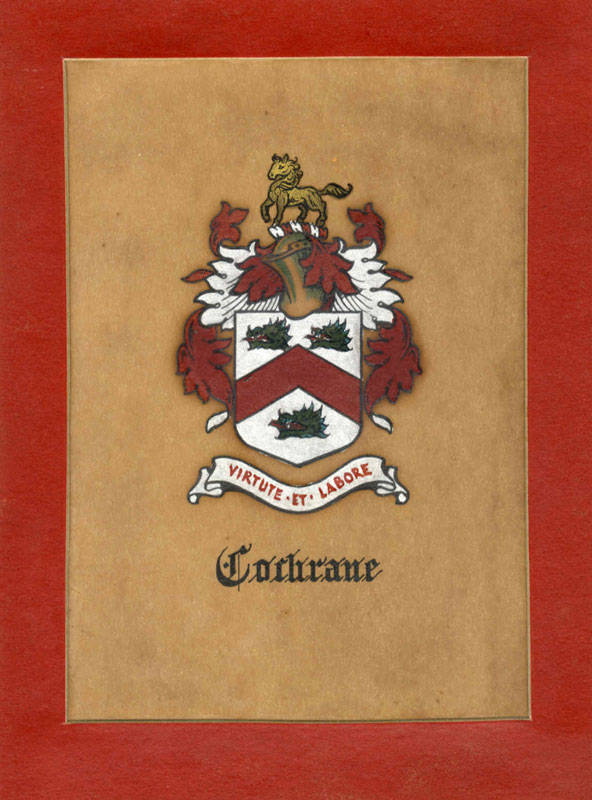 The Cochrane coat of arms.

The Cochrane home at 1402 Government Street in Mobile.

A small day-book Katharine kept during an extended vacation. It lists hotels, costs for meals, etc. 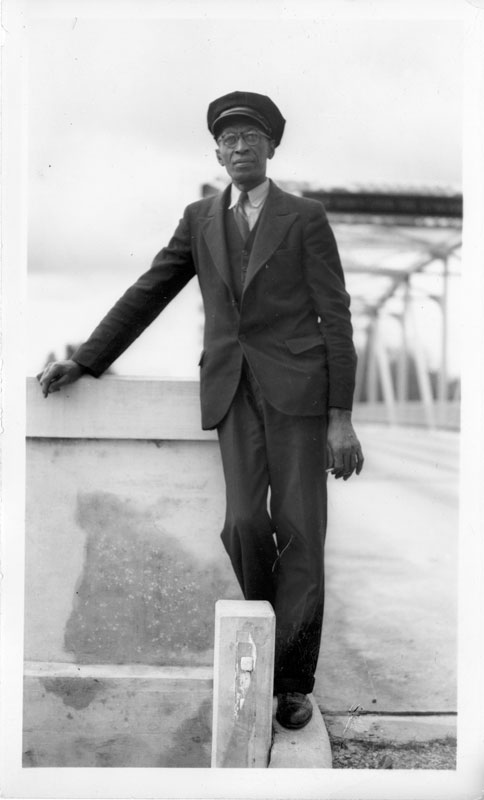 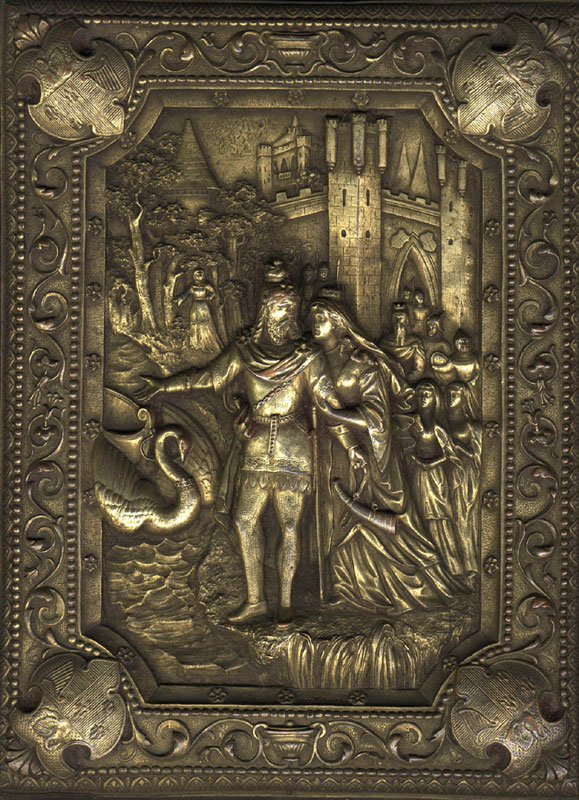 The cover of one of the Cochranes' photo albums.

A letter from Orson Crampton to his mother, written from Mobile in 1865. Click on the image for a transcript.