There are seven historic markers located in the Fort Condé area. The area is small enough to allow interested parties to view the markers via a walking tour. This area is bordered by Church, St. Emanuel, Monroe, and Water streets. 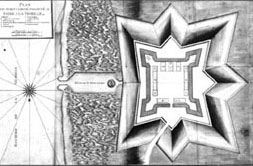 Text: Upon this very spot were built the forts which gave protection to that tiny settlement from which our city has now grown. 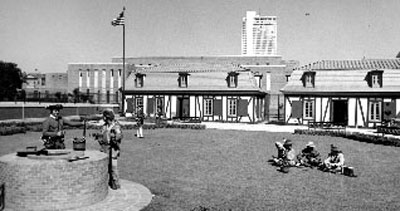 Text: Reconstructed portion of French Fort Condé for the City of Mobile in honor of America's Bicentennial. 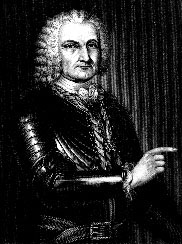 Location: East side of Royal, 1/2 block south of Church.

Text: At twenty-two, he brought to reality the dreams of Louis XIV and LaSalle, and founded on the Mobile River the first capital of French Louisiana. 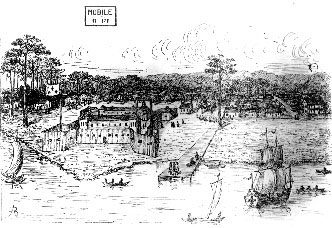 Marker Number 4: Fort Louis de la Mobile.
Location: South side of Church, 1/2 block east of Christ Church.
Text: On this site stood Fort Louis de la Mobile, a cedar log stockade erected by France in 1711. In 1774 the wood ramparts were replaced with walls of brick and stone. It was then renamed Fort Condé. Fort Condé was captured and held successfully by English and Spanish armies. Under England it was renamed Fort Charlotte for the English queen. On April 13, 1813, Spain surrendered the fort to American forces and relinquished claim to territory between the Perdido and Mississippi Rivers and lying south of the 30th parallel of latitude. With the raising of America's flag over Fort Charlotte, this land became an undisputed part of the United States and Mobile became an American city.
Historic Mobile Preservation Society 1949 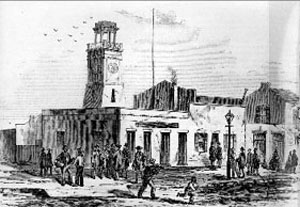 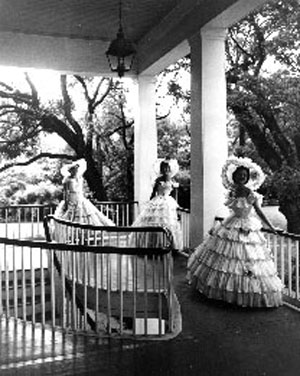 Marker Number 6: The Official Beginning of the Mobile Azalea Trail.

Mobile Chamber of Commerce (not dated) 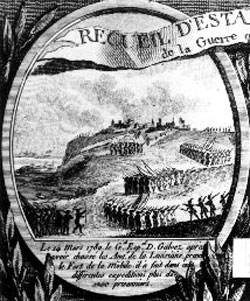 Text: Siege of Fort Charlotte (Condé), 1780. Spain, America's ally, declared war on Great Britain in June 1779. Bernardo de Galvez, governor of Spanish Louisiana at New Orleans, led the attack against the British along the lower Mississippi River and Gulf Coast. In February 1780, Galvez laid siege upon the British forces here at Fort Charlotte (Condé), resulting in its surrender and the capture of the city of Mobile, March 14, 1780. Galvez next captured Pensacola and accepted the surrender of West Florida, May 9, 1781, thus aiding the American colonists by removing the British threat from the Gulf of Mexico.

Sons of the Revolution in the State of Alabama 1996