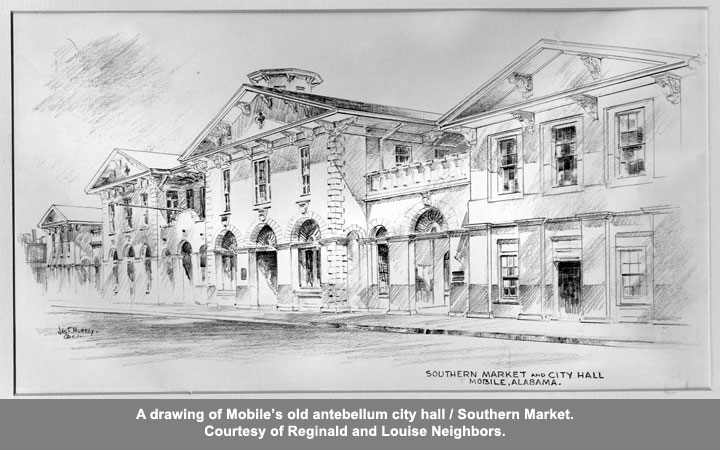 This guide is comprised of primary and secondary sources, including records of businesses and churches, the papers of individuals, and books, theses, dissertations, and journal articles.

The primary source guide provides a brief description of each collection, including dates, size, and links to any online guides.

We also have a subject index to these sources.

This guide was researched by Thomas Ashby and Carol Ellis and prepared by Carol Ellis (2005-2006).

The papers in this collection include the school essays, correspondence, lectures, and published and unpublished writings of Elizabeth Whitfield Croom Bellamy, who was born April 17, 1837, in Quincy, Florida. As a daughter of a wealthy family, Elizabeth attended Reverend Thomas Bog Slade's school for girls in Columbus, Georgia, and later studied at Spingler Institute, a female academy, in New York. In 1858 she married a cousin, Dr. Charles Edward Bellamy, who joined the Confederate Army in July 1862. Her husband and two young children died during the war. These papers also contain Bellamy's financial records, receipts, contracts, and royalty accounts for her various published works.

Correspondence, professional papers, photographs, genealogical records, and memorabilia pertaining to John T. Cochrane Sr., his wife Katharine Crampton Cochrane, her step-brother Dr. Guy Chester Crampton, her father Dr. Orson Lucius Crampton, and other members of the Cochrane and Crampton families. An exhibit of material from the collection is available.

An unpublished manuscript by Mary Duggar Toulmin, "Annals of the Mobile Theater, 1808-1861," and supporting research material.

A collection of letters, receipts, and invoices from various ship captains in Mobile to the ship owners, Benjamin Delano and Son of Kingston, Massachusetts, and Thatcher Magoun and Son of Boston. The ship captains describe their cargo and their experiences in the port of Mobile.

Although the Presbytery of Alabama was organized in 1821, in Mobile the number of Presbyterians was so small that they formed a union church with local Episcopalians in 1822. A Presbyterian congregation was formally organized in 1831 and in 1836 purchased land on Government Street where they built their permanent home, a Greek Revival-style church that is listed as a National Historic Landmark. The collection includes session minutes and register books dating from 1831 to 1979. The registers contain records of communicants, baptisms, marriages, and deaths.

Founded in 1829 as a non-denominational organization to aid indigent widows through the donation of food, clothing, and medical supplies, in 1835 the Mobile Female Benevolent Society built and maintained several houses called "Widow's Row" at Dearborn and Warren streets. Later the society purchased the Gazzam home at the corner of Government and Ann streets to house the women. This is the present site of a new facility known as Murray House, owned and operated by the Episcopal diocese of the Central Gulf Coast under the auspices of the Mobile Female Benevolent Society. The collection contains correspondence, financial records, the 1831, 1937, and 1951 constitutions, articles of incorporation (1841), inmate policies and legal agreements, resident lists (1873-1960), and minutes from 1860-64, 1886-92, 1897-98, 1953-54, 1982-83, and 1988-89.

Founded in 1840, this Mobile church maintained a continuous congregation until 1993. Its records include membership rolls, marriages, baptisms, newsletters, and church bulletins, as well as historical information on ministers that served the church, and files on church members who were featured in local newspapers.

A Register of the Officers and Students of the University of Alabama, 1831-1901.

Andrews Jr., Johnnie and William David Higgins. Creole Mobile: A Compendium of the Colonial Families of the Central Gulf Coast, 1702-1813. Prichard, Ala., 1974.

Lights and Shadow: The Story of the Convent, Academy and Retreat House of the Visitation, Mobile, Alabama, 1833-1983.

McMillan, Malcolm Cook. Constitutional Development in Alabama, 1798-1901: A Study in Politics, the Negro, and Sectionalism. Spartanburg, 1978.

Mueller, Edward A. Perilous Journeys: A History of Steamboating on the Chattahoochee, Apalachicola, and Flint Rivers, 1828-1928. Eufaula, Ala., 1990.

Muskat, Beth Taylor and Mary Ann Neeley. The Way It Was, 1850-1930: Photographs of Montgomery and Her Central Alabama Neighbors. Montgomery, 1985.

Pickett, Albert James and Thomas McAdory Owen. History of Alabama, and Incidentally of Georgia and Mississippi, From the Earliest Period, and Annals of Alabama, 1819-1900. Originally published in 1900; printed in 1975, 1988 by The Reprint Company, Publishers.

White, Walter Belt. History of the First Baptist Church of Talladega, Alabama: Its Pastors, People, and Programs Through One Hundred Fifty Years, 1835-1985. Macon, 1985.

Corgan, James X. and Michael A. Gibson, eds. "The Beginning of Geographical Exploration in Northern Alabama: Gerard Troost's Travels in 1834." 48 no. 2, April 1995.

Hathorn, Stacye and Robin Sabino. "Views and Vistas: Traveling through the Choctaw, Chickasaw and Cherokee Nations in 1830." 54 no. 3, July 2001.

McMillan, Malcolm Cook. "The Alabama Constitution of 1819: A Study of Constitution-Making on the Frontier." 3 no. 4, October 1950.

Taylor, Elizabeth A. "Regulations Governing Student Life at the Judson Female Institute during the Decade Preceding Civil War." 3 no. 1, Spring 1941.

Browning, Judkin. "Foundations of Sand: Evaluating the Historical Assessments of White Unity in the Antebellum South." 19 no. 2, Spring 2003.

Sharp, Andrew D. and Greta J. Sharp. "Investigating the Impact of Property Taxation on the Architecture of Antebellum Homes in Natchez, Vicksburg, and Mobile." 19 no. 1, Fall 2003.

Gould, Lois Virginia Meacham. "In Full Enjoyment of Their Liberty: The Free Women of Color of the Gulf Ports of New Orleans, Mobile, and Pensacola, 1769-1860." Ph.D. Dissertation, Emory University, 1991.

Hyland, Lawrence. "The Development of the Runaway Slave Management System in the Deep South, 1820-1865." MA Thesis, University of South Alabama, 1997.

Shelley, Dian Lee. "The Effects of Increasing Racism on the Creole Colored in Three Gulf Coast Cities Between 1803 and 1860." MA Thesis, University of West Florida, 1971.