There are seventeen historic markers located in the Water Street to Conception Street area. This area is bordered by St. Louis, Conception, Church, and Water streets. 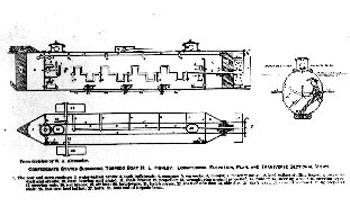 Marker Number 8: The Hunley.*
Location: Southeast corner of Church, at Water.
Text: First submarine successfully used in warfare was completed on this site in 1863. Designed by James McClintock and Baxter Watson, and financed by Horace L. Hunley, it was built by W. A. Alexander at the Mobile Machine Shop of Park & Lyons. After trials in Mobile River and Mobile Bay, it was sent by rail to Charleston, where, on February 17, 1864, it sank the USS Housatonic.

*This marker cannot be viewed. It is currently stored in the warehouse of the History Museum of Mobile. 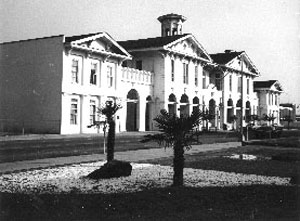 Marker Number 9: City Hall*.
Location: Southeast corner of Government, at Royal.
Text: Erected 1853-1858. Southern Market buildings and municipal offices. Also served as a military armory before and after the Civil War. Stalls for farmers, butchers, game sellers, and fishermen were on the ground floor. Officially registered in 1969 in the National Register of Historic Places. Seat of municipal government since 1858.
Historic Mobile Preservation Society 1970


*This location now houses the History Museum of Mobile. The marker for this location can be found inside the building. In order to view this marker interested parties must purchase a ticket. 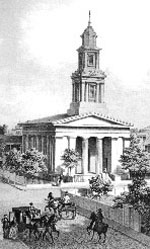 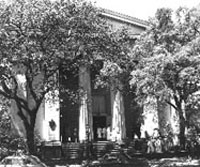 Marker Number 10: Christ Church (Episcopal).
Location: 115 Church Street (Southeast corner of Church, at St. Emanuel).
Text: Established in 1823, the first Episcopal congregation in Mobile and in the State of Alabama. Cornerstone of present edifice laid in 1835; building completed and consecrated in 1842 by Leonidas Polk, Bishop of Louisiana and Alabama, later General of Artillery in the Army of the Confederacy.
Historic Mobile Preservation Society 1953 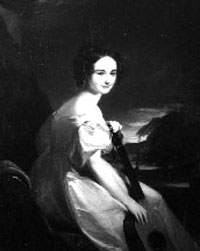 Text: Mobile Physician, 1829-1864. Son of Dr. Claudeus LeVert, who came to Virginia as fleet surgeon under General Rochambeau. This Italianate style building served as a doctor's office for one hundred years, 1858-1954. Preserved by the action of the Mobile County Commission, May 1971. 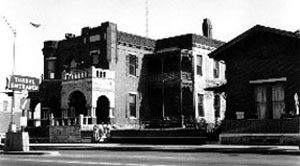 Marker Number 12: The Mobile Bar Association.
Location: Next to Levert Office.
Text: On March 29, 1869, thirty-two attorneys organized the Mobile Bar Association, the first bar association in Alabama and the fourteenth oldest in the entire nation. They filed the Association's Declaration of Incorporation on April 12, 1869, having contributed $5,000 in capital, and established a law library in the city of Mobile. 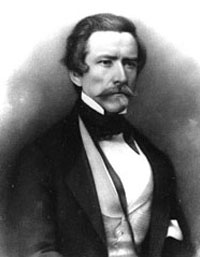 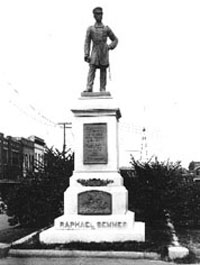 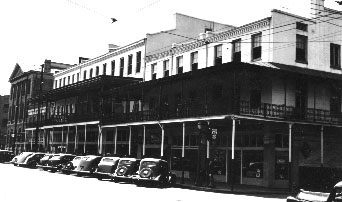 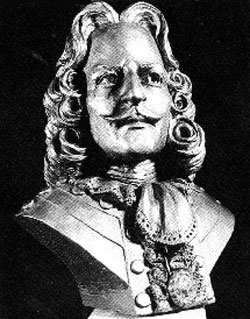 Text: Here stood the home of Antoine de la Mothe Cadillac, soldier of fortune under Louis XIV. Founder of Detroit, 1701; prominent personage in Canada until 1710. He lived here during his residence in Mobile (1713-1717) as Royal Governor of Louisiana. 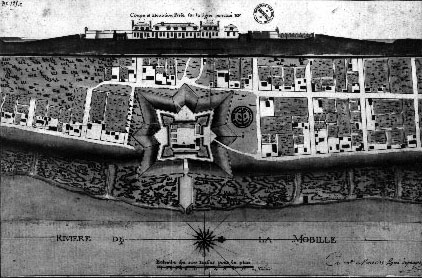 (3 markers):Marker Number 16: Mobile City Limits - 1711.
Location #1: Royal Street, between Conti and St. Francis.
Text: When Mobile was laid out, this was the city's northeast boundary point. Royal Street ran along a bluff overlooking the Mobile River. There were no streets between Royal and the river, only marshland.
Marker Number 23:
Location #2: Conception Street, between St. Francis and St. Louis.
Text: At this point the northwest limits of French Mobile faded into the dense forest which surrounded the city in 1711 and for many years thereafter. An 1815 map shows the forest reaching Joachim Street, one block west.
Marker Number 29:
Location #3: Southeast corner of Government, at Jackson.
Text: This site marks the southwestern limit of the city of Mobile in 1711. Known then as Fort Louis de la Mobile, it had been founded by the French at 27-Mile Bluff in 1702 and moved to its present site in 1711. Mobile has been a city under six flags. The French flag was followed by the English, Spanish, American, Republic of Alabama, and again American. This is an unusual record.
Christopher Branch Chapter, Colonial Dames XVII Center (not dated) 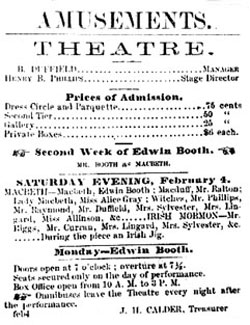 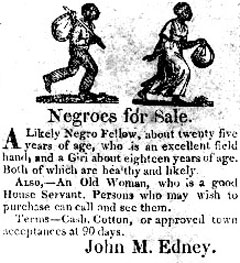 Text: On this site stood one of the old slave markets. Last cargo of slaves arrived on the schooner Clotilde in August of 1859. 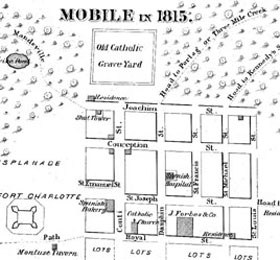 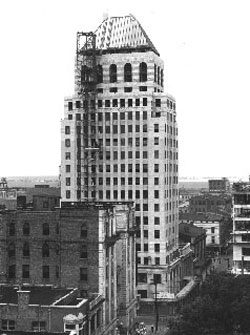 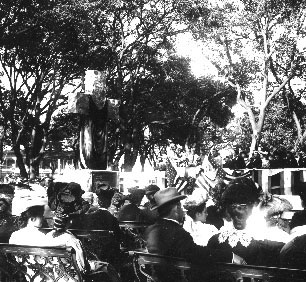 Text: To Jean Baptiste Le Moyne, Sieur de Bienville. Native of Montreal, Canada, Naval Officer of France, Governor of Louisiana, and founder of the first capital, Mobile, in 1711. Born: 1680; Died: 1768. With the genius to create an empire and the courage to maintain it, patient amid faction and successful even in defeat, he brought his settlement the prosperity of true civilization and the happiness of real Christianity. He who founds a city builds himself a life-long monument.
Colonial Dames of Alabama February 1906 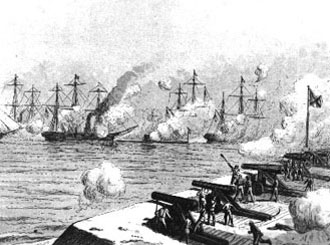 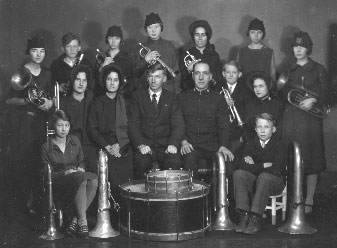 Marker Number 24: The Salvation Army in Mobile.
Location: Southeast corner of St. Francis Street, at Conception.
Text: At the corner of Conception and St. Francis streets, Captain Edward Justus Parker, Staff-Captain Charles Miles, and a Salvation Army lieutenant conducted an open air meeting on the night of their arrival in March 1887. In contrast to other Salvation Army openings in other cities, the Mobile audience was polite. Men removed their hats as prayer was offered and those in attendance respectfully participated in the singing and dropped coins into the collection plate. Mobile became an official Salvation Army Corps on October 13, 1899, with Captain and Mrs. James T. Cumbie in command. The Army's first Corps Community Center in Mobile was located at 213 Conti Street where it remained from the late 1930s until the late 1960s. The Salvation Army's fight against human suffering, started in 1865 in London by General William Booth, is still helping people to help themselves, though its methods have changed with the times.
Dedicated June 14, 1987 by Commissioner James Osborne, Commander of the Army's Southern Territory. [Also see marker number 50 located at 1009 Dauphin Street.
Salvation Army 1987