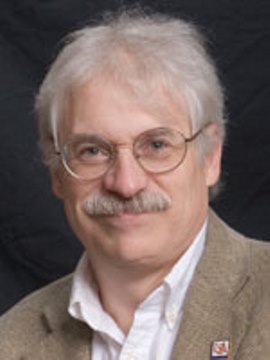 One of my goals as a teacher is to motivate my students to come to class prepared, and, during class, to discuss the concepts in depth until all students understand the ideas and materials and have created their own constructions/schema that hang together, are accurate, and work well. Students know when they have arrived at this “place of understanding.”It requires that students read and attempt to learn the materials on their own before class, and then deepen their understanding during class. I also cover/lecture in class about ideas that need additional coverage and new ideas that I have found useful.

When learning, students need to understand the history of the concepts and important names in relation to the concepts. Learning concepts in isolation is not enough for graduate students; they also need to understand the importance of sourcing and scholarship. To achieve usable understanding, students need to connect ideas across different courses, and I attempt to facilitate this process in my classes, reminding them what they learned in other classes or will be learning in future classes.

Another major goal I have is to help students develop an open mindedness and love for knowledge, and understand what the knowledge can bring to our society and world. It is critical to understand details, but it is perhaps more important to understand the big picture, including what makes the theories and concepts practical and useful. What are the big ideas and theories? Who are the big names? Where did the ideas come from? How can you apply the ideas in new and fruitful ways? My tests are a mixture of multiple choice (for knowledge) and essay (for synthesis and application of the knowledge). In several classes I include an application/empirical project, where students collect data, analyze the data, and write-up the results.

Burke Johnson is a professor in the Professional Studies Department at the University of South Alabama. His PhD is from the REMS (research, evaluation, measurement, and statistics) program in the College of Education at the University of Georgia. He also has graduate degrees in psychology, sociology, and public administration, which have provided him with a multidisciplinary perspective on research methodology. He was guest editor for a special issue of Research in the Schools focusing on mixed research and completed a similar guest editorship for the American Behavioral Scientist. He was an associate editor of the Journal of Mixed Methods Research in its early years. Burke is first author of Educational Research: Quantitative, Qualitative, and Mixed Approaches (Sage, 2014, 5th edition); second author of Research Methods, Design, and Analysis (Pearson, 2014, 12th edition); second author of The SAGE Dictionary of Statistics and Methodology (2015); coeditor (with Sharlene Hesse-Biber) of The Oxford Handbook of Multimethod and Mixed Methods Research Inquiry (2015); coeditor (with Paul Vogt) of Correlation and Regression Analysis (2012); and associate editor of The SAGE Glossary of the Social and Behavioral Sciences (2009).