‘How Do We Make Vaccines Manly?’ 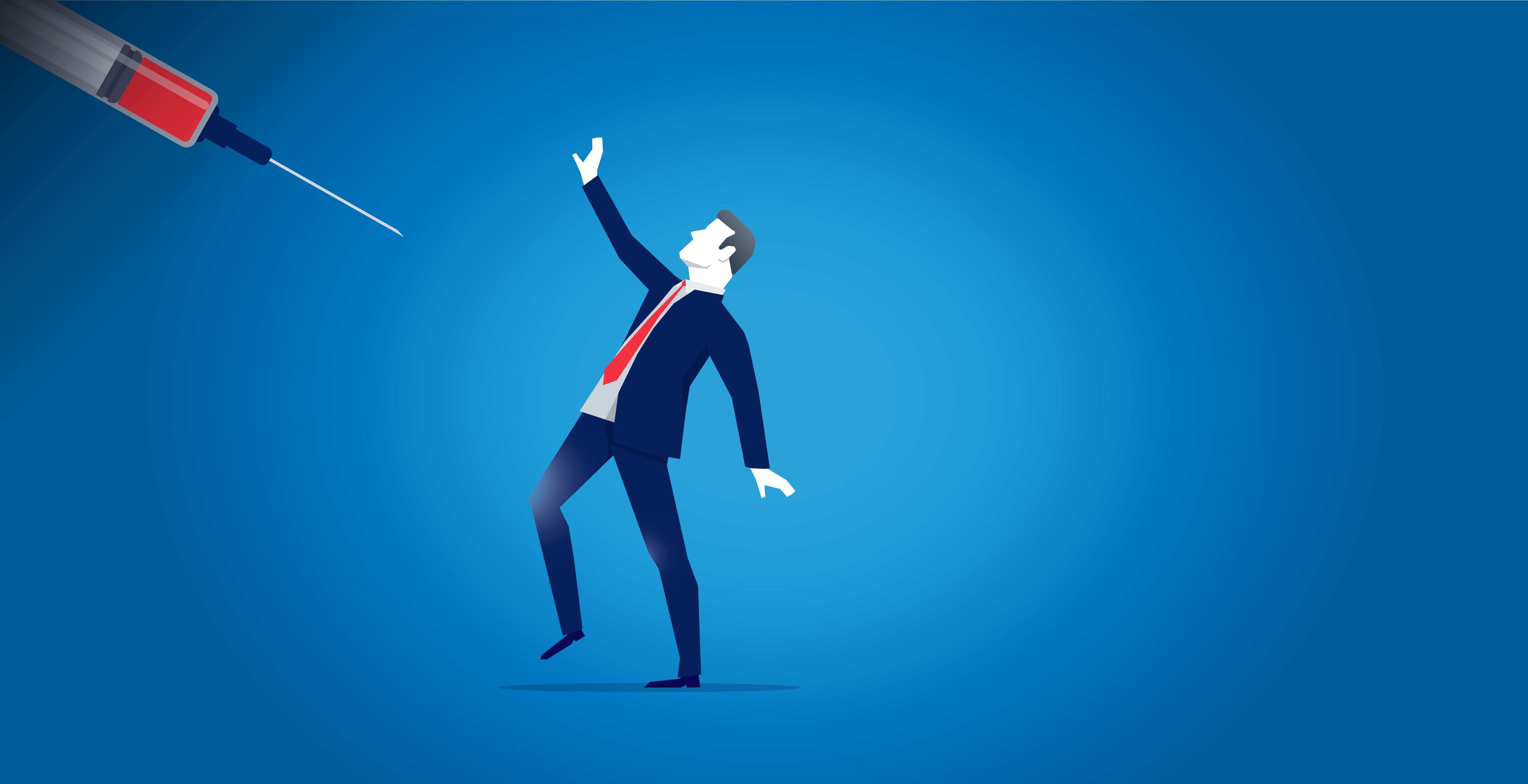 Dr. Ryon McDermott, a South psychologist who studies men and different ideas of masculinity, is leading a national research project that examines how men think, feel and act in relation to their attitudes and behaviors toward COVID-19 vaccines.

The $250,000 research project, funded by the Centers for Disease Control and Prevention and the American Psychological Association, will include faculty at Texas Tech University and the University of Akron, along with doctoral students at the University of South Alabama. The year-long study begins with online questionnaires completed by 1,000 men across the country over a period of six months, followed by focus group interviews in Ohio, Texas and Alabama.

McDermott said that traditional ideas of masculinity, including a reluctance to show fear, sadness or vulnerability, have been linked to less adherence to CDC-recommended behavior such as wearing masks and social distancing. Men in the United States are less likely to be vaccinated against COVID-19 than women. Rigid gender roles, along with identity variables such as race, politics and religion, may help explain vaccine reluctance and inform public health initiatives to increase male vaccinations.

“A big part of what I do is looking at how people violate gender roles, how they change their beliefs, and how we measure those experiences,” said McDermott, associate director of clinical training in the Clinical and Counseling Psychology Ph.D. program at South. 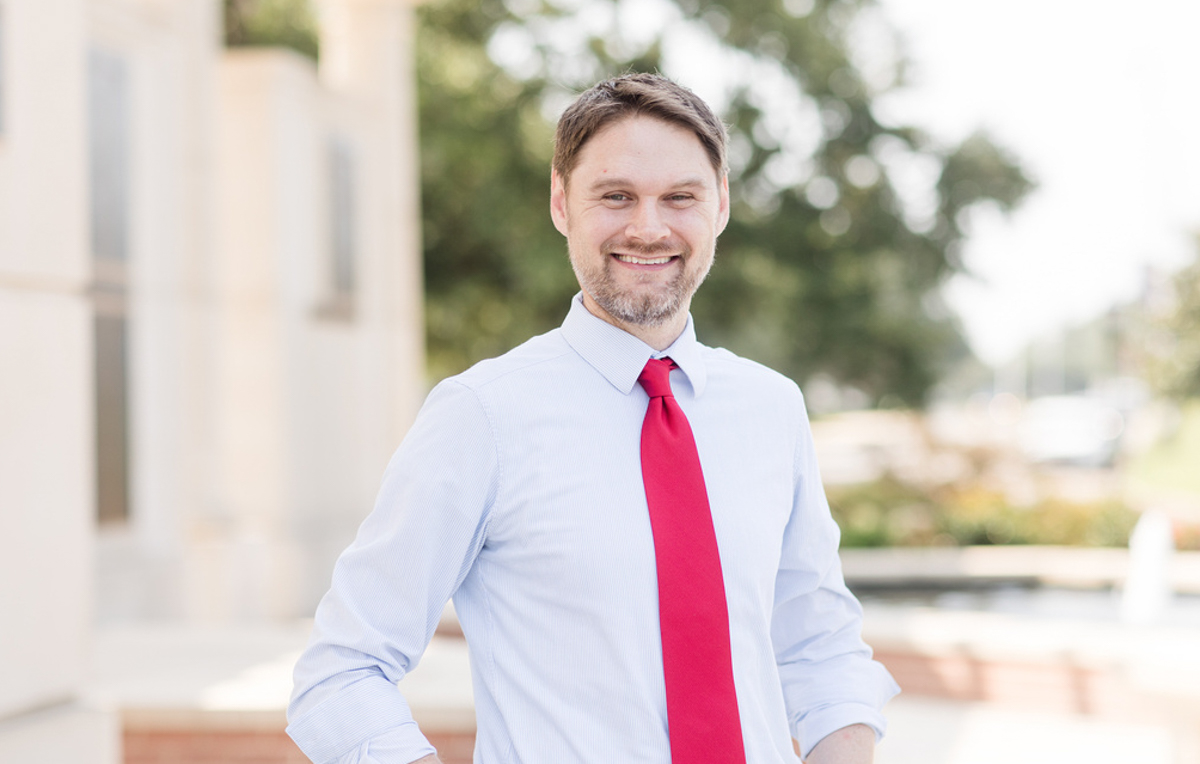 “What we find is that men who endorse these beliefs are much less likely to engage in proactive health behaviors, like getting a vaccine, because it’s somehow seen as being feminine, or being weak. We also know there are pretty good ways of marketing to men, so the question becomes, ‘How do we make vaccines manly?’”

Vaccine hesitancy varies around the country, and has varied over time, but is more common in certain groups.

“Where we see a lot of unvaccinated men is in white, evangelical, and conservative populations,” McDermott said. “Those are the three things that our research so far has shown to be important predictors. But even within that group there is variability. Some people who are evangelical and conservative are getting vaccinated. Our grant will help us understand what factors helped get those men vaccinated.”

A co-principal investigator for the CDC study is Dr. Ronald Levant, a professor emeritus at the University of Akron and a former president of the American Psychological Association. His 1995 book, “A New Psychology of Men,” questioned models of masculinity and influenced a generation of researchers. McDermott has published extensively with Levant in academic journals over the last 15 years.

McDermott, who joined the South faculty in 2013, divides most of his time between counseling and research.

“I’m a scientist practitioner, so I was trained to incorporate both,” he said. “My research informs my practice, and my practice informs my research. I’ve been working with men for many years. Soon I’ll start working as a consultant at VRR, Veterans Recovery Resources. College student well-being is another passion of mine, because I worked at college counseling centers for a number of years.”

Dr. Nicholas Borgogna, an assistant professor at Texas Tech University, is one of the co-investigators for the CDC study. He earned his Ph.D. from South last year and didn’t hesitate to collaborate again with McDermott.

“In terms of how men think and how men behave, he’s definitely a leader, an authority in the field,” he said. “In 2016, he won Researcher of the Year from the APA for his work in men and masculinity. And he’s published a lot of journal articles since then.”

Borgogna studied psychology in Utah and Illinois before spending four years in Mobile. The doctoral program in Clinical and Counseling Psychology draws students from across the country.

“It’s one of South’s gems,” he said. “It’s very competitive, very sought after. Most programs do clinical or counseling, so the fact that it’s combined helps make it special.”

Contributing to the CDC study at South are Jennifer Barinas and Kyle Brasil, a pair of doctoral students. Their work has been published in journals such as the Psychology of Men and Masculinities and the Journal of Health Psychology.

Brasil, who is from Idaho, chose the University of South Alabama because he wanted to work with McDermott on men’s issues.

“It’s an exciting opportunity,” he said. “The way our lab works, my role is a little bit of everything. Jennifer and I were both involved in writing the grant application for this study. Jennifer is writing the survey we’re using, and we’ll switch roles, and then Dr. McDermott will cross-check everything.”

Brasil has worked on studies that examined gun ownership in relation to masculinity, along with conservative political beliefs. He’s also interested in the masculine ideologies of rural communities such as his hometown of Nampa, west of Boise.

“Idaho is more rural and very agricultural, more like central Alabama,” he said. “In particular, there’s an expectation that men know how to work with their hands, because that’s part of the way of life up there.”

When McDermott was growing up in Kansas, he became obsessed with tornadoes, and started out studying meteorology at the University of Kansas. He became a psychology major after deciding that the mind was more interesting than the weather.

At the University of Houston, where he earned his Ph.D., McDermott did research on student well-being and sexual assault at colleges under the mentorship of Dr. Frederick Lopez and Dr. Jonathan Schwartz. He also worked with patients in Veterans Affairs, which led him to men’s issues and the study of masculinity.

“I’m more naturally a researcher,” he said. “Research energizes me. I can go hours, writing papers, doing statistics, teaching it to my students. Counseling is very rewarding, but it’s emotionally draining. I can only do so much of it before I need a break.”

At South, where he is an associate professor, McDermott has been involved with Jag Success, an academic resource for students that includes peer mentoring, homework help and learning workshops. He has also contributed to a variety of campus-wide assessments tracking student psychological, social, and academic well-being. He was the recipient of a $25,000 internal grant and has been a co-investigator on nearly $1 million of projects funded by the National Science Foundation.

His spouse, Dr. Heidi McDermott, is an assistant professor in the physical therapy program at South.

In August, McDermott will become president of the APA’s Society for the Psychological Study of Men and Masculinities. His research has focused on culture, individual differences and ideologies. There are trends within his discipline.